Investing in Gold Ahead of the Chinese

There are a lot of things in this world that I do not understand, and perhaps it is because of this persistent befuddlement that, for some mysterious reason, I think it is Highly, Highly Significant (HHS) that the Chinese Gold & Silver Exchange is planning “a first”; an international gold contract denominated in renminbi.

Agora Financial’s 5-Minute Forecast notes that “Right now, the Hong Kong-based exchange settles all its trades in Hong Kong dollars,” which should be enough to get the job done, you would think. 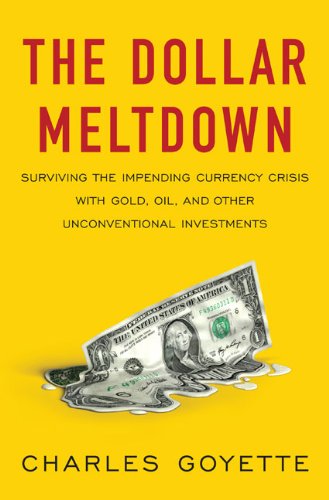 So why a new international gold contract denominated in Chinese renminbi? I don’t know, which is not unusual because I actually know so little about anything, but The 5 says, “Adding renminbi to the mix could boost the exchange’s trading volume by 20%, to a daily total of $6 billion,” which I assume means that commissions, fees and money made by middlemen would increase, for one thing! Hahaha!

My shallow cynicism aside, all of this comes at a time when “skyrocketing demand for gold in China” is evident in that Chinese imports of gold through the first 10 months of the year of this year total to more than 209 metric tons. The total for all of 2009 was, by contrast, just 45 tons.

So 209 tons of gold is a hefty 500% increase in buying, which is hard to dismiss out of hand, much less when considering that this may, or may not, have something to do with the fact that “Chinese regulators have approved the first mutual fund to invest in gold-backed ETFs.”

And it is even harder to dismiss when you notice that there is nothing about Chinese trusting gold for the last few thousand years or so and so what in the hell did you think that they would spend some of their rapidly rising incomes on, or that commentary on buying silver is so suspiciously absent.

Naturally, I come to the only conclusion that makes sense; buy gold, silver and oil ahead of the Chinese, who are buying them ahead of the Federal Reserve creating so much money in quantitative easing 2 (QE2), which makes it all so easy that you, the Chinese and I all have to exclaim, “Whee! This investing stuff is easy!”

And it becomes especially easy, and especially obvious when, as part of a recent Congressional frantic move to get more money into more hands so that these mysterious hands will spend it and thus, somehow, reanimate a dying economy where government spending is half the economy and debt-financed consumption is the other half, a tax break was passed so that the 6.2% Social Security tax that workers must pay on their incomes will be reduced to 4.2%!

And I assume that the $900 “found money” will be reduced by the entire sum being taxed as ordinary income at the marginal rate, instead of the previous 50% being taxable, but it’s still a nice piece of change!

And the European Central Bank, and the Bank of Japan, and central banks everywhere.

That Grass For Freedom Motorists Only