Doomsday Fear Mongers Get It Right Again: 'The Credit Card is Maxed Out. It's Over. It's Over.'

By now, you’ve likely come across the recent 60 Minutes segment titled State Budgets: Day of Reckoning. If you have yet to view it, you can do so below.

Millions of Americans who have been told that our economy is now in a period of recovery may be surprised to learn that most states are so broke that they are left with no other choice but to cut spending on literally everything. Governor Christie of New Jersey is, according to 60 Minutes, the canary in the mine:

We spent too much on everything. We spent money just crazily. The credit card’s maxed out. It’s over. It’s over.

For readers of this web site and other alternative news and contrarian outlets this report was to be expected. We’ve been reporting on, and our readers have been contributing their insights via comments for quite some time – at least a couple of years now – about the fundamental problems facing our country. For those who have questioned their own sanity, or have had their sanity questioned by friends and family when trying to spread the message of preparing for the Greatest Depression, Governor Christie just proved that you’ve been right all along: 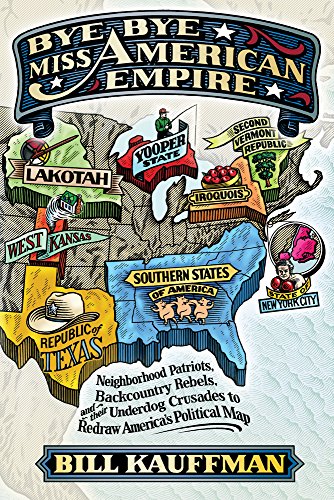 It’s not like you can avoid it forever because it’s here now. We all know it’s here. And the Federal government doesn’t have the money to paper over it anymore either for the states. The day of reckoning has arrived. And it’s going to arrive everywhere.

Unlike the federal government, states don’t have the ability to issue debt and print as much money as is needed via the digital presses at the Federal Reserve. They are left with no choice but austerity measures via spending cuts. And, as Charlie McGrath pointed out recently, Austerity will hit America like an Eight Pound Sledgehammer.

Earlier this year, we discussed the Collapse of Dysfunctional States as Another Step To The Federal Bubble Detonation, and according to mainstream reports as of late, we’re well on our way to complete destruction of the way of life as we have come to know it in our spend and consume society.

If you thought the housing bubble was bad, consider what financial analyst Meredith Whitney has to say about state and local governments. Take note that it was Whitney who blew the doors open on the problems in housing and the excessive leverage in the banking system – which led to the collapse that has left us where we are today. And while investment houses and ratings agencies are still promoting municipal bonds as a great way to preserve wealth, you might want to sleep on Whitney’s latest comments before you go all in:

It has tentacles as wide as anything I’ve seen. I think next to housing this is the single most important issue in the United States and certainly the largest threat to the US economy.

When asked why no one is doing anything about it, Whitney provides an answer that is as true today as it was before the housing bubble pop:

Because they don’t pay attention until they have to.

It is only at the precipice of disaster that people, especially politicians and vested interests, are willing to change.

The worst thing about all of this, is that, as Meredith Whitney suggested, the states will likely find a solution to their problems. Our view is that this solution will come down to massive, unprecedented bailouts from the Federal government. Not billions – not trillions more will be printed.

We maintain our previous forecast, though we can’t put a specific timeline on it, that the collapse of state governments will eventually lead to the largest bubble detonation in history – financier George Soros refers to it as the Super Bubble and trend forecaster Gerald Celente calls it the Government Bubble:

How long will this be?

It’s hard to say, but in terms of the states, we’re likely looking at sooner rather than later. States are already broke, with California, Illinois and New Jersey already showing serious fiscal strain. In the near future we’ll begin seeing states requesting bailouts directly from the federal government. Eventually, we suspect that the majority of states will be standing in the welfare line looking for handouts.

For now, the US dollar remains fairly strong given our economic problems. In fact, any time a financial emergency spreads across the globe, investors seem to be running to US bonds for safety, so there is still confidence in the US government’s ability to service our existing debt.

However, we believe that once the states begin to require federal involvement to pay government workers, emergency responders and pensioners, we will be much closer to a serious collapse of not only our economic system, but the monetary system as well. It’s only a matter of time before the rest of the world realizes that we’re completely broke and takes action accordingly.

The states blew a government spending bubble, and that bubble is about to pop. The federal debt bubble will not be far behind.

Naturally, there will be skeptics. In fact, most are skeptical of the possibility of a complete collapse of the US Dollar and our way of life, but it is in process as we speak.

Just like the states, the federal government will soon be on the precipice.

Meredith Whitney says that municipal bond defaults will start occurring in scores over the next 12 months. We’ll see what the federal government does, but our guess is more bailouts – hey it worked before!

But who will bail out the $150 Trillion (official figure) government debt bubble?

Yeah, we didn’t think so.

Bernanke Is UntouchableFrom the Grave