We all know about the great health benefits of Himalayan salt, especially when used with food. Now, there is a new way of getting more of its “healing energy” into our bodies. Using a Himalayan Salt Inhaler offers an easy, drug-free way to conveniently get many of the multiple benefits of salt-air therapy. The following article will discuss Himalayan salt inhaler therapy and the health benefits associated with its use.

What is Salt Therapy?

Human beings have been using salt for therapeutic use for thousands of years. Anyone who has spent a day at the ocean intuitively knows that salt-filled air is good for them. Just ask our good friend, the ancient physician Hippocrates (the father of modern medicine), who used to steam salt to purify the air and the lungs. 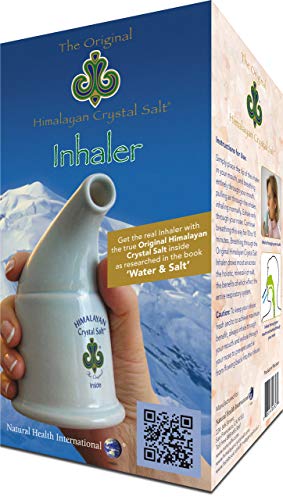 In Europe, the ancient Greeks used what they called Halotherapy (Halo is the word for salt in Greek), for respiratory ailments. Similarly, cave rooms full of salty air have been considered therapeutic in countries in Eastern Europe for hundreds of years.

In fact, salt rooms that mimic these salty European caves are popping up in many polluted cities such as New York and London. These salt-filled, salt-lined rooms act as a powerful aid for people with bacterial infections and other breathing-related conditions.

Similarly, the ancient Ayurvedic and yogic cultures of India relied on salt inhaling therapies to cleanse out the nose and throat areas. Today the popular neti pot is an example of the extensive use of Himalayan crystal salt as an antibacterial and anti-allergen. Interestingly, it has been found that workers in salt mines do not develop lung diseases, but actually have extremely healthy respiratory health. 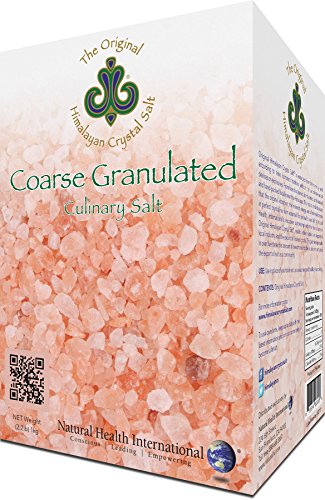 Modern salt air therapy, including Himalayan Crystal Salt Inhalers, combine both the ancient and the modern techniques. Himalayan salt crystals rest in a chamber inside the inhaler.

As you breathe, natural moisture in the air absorbs the salt particles into the lungs, which can help with sinus problems, asthma, the common cold, allergies, hay fever and congestion.

This therapeutic approach offers absolutely no negative side effects, such as those from commonly used steroid inhalers and other pharmaceutical drugs.

Salt inhalation therapy has been used for hundreds of years to boost our overall respiratory strength and lung capacity. Documented studies from the 1800’s found that breathing pure, ionized (salted) air in salt mines could help prevent and reduce respiratory conditions. Other respiratory issues that a Himalayan Salt Inhaler can help remedy include nasal catarrh, breathlessness, hay fever, tonsillitis, bronchitis, rhinitis, pharyngitis, and the general irritation cause by smoking and air pollution.

Himalayan salt has been used for centuries as a cleansing agent, and a preventative tool against germs, bacteria and fungus. In fact, it is a commonly used holistic health practice to help individuals with asthma and bacterial pneumonia, and may even work better than some of the commonly prescribed antibiotics for these conditions.

Previous article by Edward Group: 14 Foods that Cleanse the Liver

10 Companies That Could Go Bankrupt Under 30?