The function of any “security” checkpoint, as Richard Ben Cramer observes in his valuable book How Israel Lost, “is to show who’s boss.” 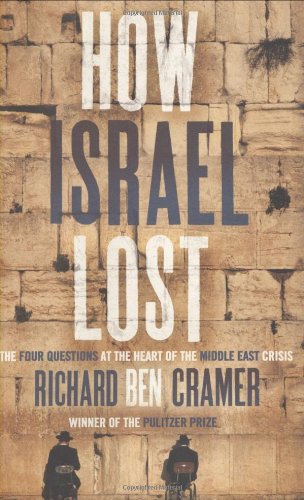 “I know of one school headmaster, a dignified older man, who passed the same checkpoint every morning, and was made to undress — not once but often — and stand naked while his students passed by,” relates Cramer. “This was richly humorous — that old man was (formerly) so conscious of the honor of his position.”

The elderly man’s residual sense of dignity made him an irresistible target for the power-intoxicated armed bullies he confronted while traveling to and from work.

During one of his visits to Israel, Cramer asked a checkpoint guard (a recent arrival from Russia) why such humiliation was inflicted on elderly and obviously harmless people.

“Because [of] the bad attitude — you know?” replied the thug. “If they are acting like they are good, [then] we are the bad one. Then, you must show them control.”

You must show them control.

You must make them submit.

Or, as one TSA commissarina repeatedly bellowed when 71-year-old Robert Perry complained about his mistreatment at an airport checkpoint: “I have power! I have power!” That outburst was triggered when Perry — who, like the elderly Palestinian described above, had been forced to disrobe in public — plaintively asked to speak with the supervisor of the tax-devouring chair-moistener who had abused him.

Previous article by William Norman Grigg: Worried About the Burqa, But Not the TSA

How To Reduce Unemployment and Drunk Driving It's Bad For Your Teeth, Too