How To Reduce Unemployment and Drunk Driving in One Fell Swoop

The greatest weakness of the average man today is his susceptibility to being suckered into believing that intellectuals know more about economic growth than he. He should know better than this, if he has eyes and a brain in his head, since he has witnessed the greatest collapse of the economy since his grandfather’s day — at the hands of so-called intellectuals" who know how to "steer" an economy. He has witnessed so-called intellectuals making claims and predictions that were so incredibly wrong that they prove beyond a shadow of a doubt that these "intellectuals" are idiots of the purest strain.

On the other hand, if he has a job in the free market, the average man witnesses on a daily basis how the economy really grows and expands. If he is an employee, he sees his boss trying to cut costs and expand production of things people actually want, thereby making more money for everyone involved with the firm and cheaper or better goods for consumers. If he is a boss himself, his whole professional existence consists of trying to make his company more productive and thus more profitable by producing something that at least some people in the economy want to buy. In other words, the average man’s uncelebrated work is wholly responsible for growing the economy, not the arrogant clowns who claim that they have special knowledge about the economy, just because they went to Princeton and know how to run multiple regressions.

The answer is so simple that it escapes the notice of almost everyone: The intellectuals and politicians need to get the hell out of the average man’s way and let him do what he instinctively knows how to do — try to earn profits for himself. This is the one and only way to improve the economic situation in the United States and around the world.

Examples of how the economy would improve by getting these intellectual and political parasites off the average man’s back are almost infinite, but one example in particular is so blatantly obvious that even people from Princeton ought to be able to grasp it. This would be to get government completely out of the business of regulating who may or may not be a taxi driver. Getting government out of the business of regulating taxis might appear to be such an insignificant alteration in the economy that it is not even worth thinking about, but its effects would actually be profound. Indeed, the two main effects of this simple change would be to drastically reduce drunk driving and put enormous amounts of people to productive work in the economy. 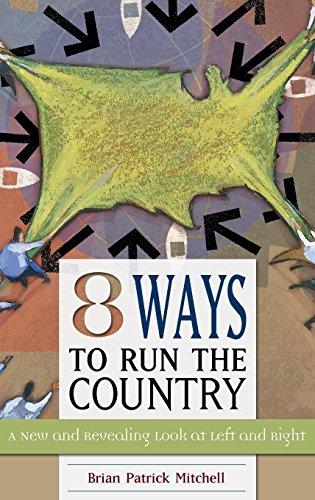 The effect on drunk driving in this country would be so profound that it would probably eradicate the problem entirely. If anyone was free to drive people around for profit, the quantity of cheap cabs around the country would literally explode. This is especially true in the current economic environment, in which we have a massive pool of unemployed vehicle owners available to ferry drunks around. With a massively increased supply of cabs competing for fares from drunks, the price of cabs around the country would consequently plummet. Many people who live in urban areas would probably get rid of their personal vehicles completely, since they could so easily catch a cheap cab to wherever they needed to go, as is the case in many developing countries where the taxi industries are less regulated. People who knew they were going to imbibe would thus have an extremely cheap way to get themselves to and from a bar without risking their lives or risking spending the weekend in jail by driving drunk. As is universally the case, economic freedom in just one small area would alleviate a problem that has plagued American highways for decades.

The effect of getting government out of the taxi industry would not be limited to merely wiping out the drunk driving problem. It would also put enormous numbers of people to productive work, since virtually any unemployed person with a car could make money as a cabbie. In fact, if I were an unemployed young person right now with few job prospects, I would immediately set out to create an "illegal" cab company for myself. I would investigate the prices being charged by the "legal," monopolistic cab companies, and I would charge people, say, 15% less than that price. I would contact all my friends and family and tell them that I was available throughout the week to pick them up and drive them home from the restaurants and bars. By doing this, I would be both making money for myself (all cash, I would add!), and I would be helping to keep my friends and family safe on the weekends. If it were legal to do this, the number of people who could be put to productive work is absolutely mind-boggling.

A further consequence of this small dose of economic freedom would be to eradicate an entire parasitical industry from the American economy. Taxi companies who have protected their monopolistic positions for decades, and who have indirectly caused untold numbers of DUIs by doing so, would have to actually compete in the free market for once. The jails and prisons in this country would be emptier by having fewer inmates in them for DUI, and prosecutors and police could actually do something productive with their lives, (like investigating robberies and murders for once), instead of hunting down people for DUI’s in order to take their money. Yes, many of these people would be out of work, but no one would cry for them anymore than they would cry if the entire cancer industry were put out of work by finding a cure for cancer. These people would actually have to become productive members of society like the rest of us.

As this tiny example shows, creating jobs and increasing economic productivity is a consequence of economic freedom. The more freedom the average man has, the more productive he is and the richer we all are for it. Intellectuals and politicians are fundamentally different, because they get richer and more powerful to exactly the same extent that the average man is less free. There is no hope for economic recovery unless we get these intellectual and political parasites off our backs by recognizing the profound role of the average man in creating wealth, and the abject immorality of the intellectuals and politicians who strangulate him.