Notes on Bernanke's Apologia for QE2

On November 4, an op-ed article written by Ben Bernanke, “What the Fed Did and Why: Supporting the Recovery and Sustaining Price Stability,” was published in the Washington Post. In this article, Bernanke presents an apologia for the Fed’s decision to undertake QE2, the purchase of $600 billion of longer-term U.S. government bonds during the next eight months. I reproduce the text of Bernanke’s article here, interspersed with my running commentary.

Two years have passed since the worst financial crisis since the 1930s dealt a body blow to the world economy. Working with policymakers at home and abroad, the Federal Reserve responded with strong and creative measures to help stabilize the financial system and the economy. Among the Fed’s responses was a dramatic easing of monetary policy — reducing short-term interest rates nearly to zero. The Fed also purchased more than a trillion dollars’ worth of Treasury securities and U.S.-backed mortgage-related securities, which helped reduce longer-term interest rates, such as those for mortgages and corporate bonds. These steps helped end the economic free fall and set the stage for a resumption of economic growth in mid-2009.

This capsule account of the financial debacle, the recession, and the Fed’s related actions strikes me as an exercise in mythmaking — and not simply because it conveniently ignores everything the Fed itself did to cause the debacle and the recession. For one thing, there was no economic “free fall.” Between the fourth quarter of 2007 and the second quarter of 2009, real GDP fell by about 4 percent. This drop is scarcely a free fall. The Fed needs to stop congratulating itself for pulling the economy away from the brink of an apocalypse.

A strong argument can be made that, instead, the Fed’s actions created immense uncertainty and confusion about which commercial banks, investment banks, and other big firms would be bailed out and, if they were to be bailed out, how they would be bailed out. This uncertainty deterred private parties from undertaking the necessary revaluation of assets and from devising new arrangements, including reorganized post-bankruptcy firms, that would be able proceed on a sounder basis, as a rule under new, more prudent managements. In short, many mortally wounded firms were kept on life support by the Fed, and others clung to the hope that with some creative accounting to carry them for a while, they might ultimately secure a bailout. Think of it as the zombification of High Finance.

Even if I have misinterpreted these actions and reactions, however, we know for certain that what the Fed actually did was to acquire a variety of financial assets of questionable worth (“toxic assets”) in exchange for checks drawn on itself. That is, it engaged in a massive storm of inflation — or at least potential inflation, given that the banks and their customers have been so paralyzed by fear and regime uncertainty that the volume of credit transactions has contracted and the banks have simply accumulated vast excess reserves at the Fed, for which the Fed compensates them by paying a barely-positive rate of interest. Whether this situation can be managed without its breaking loose into inflationary disaster is anyone’s guess at this point.

Notwithstanding the progress that has been made, when the Fed’s monetary policymaking committee — the Federal Open Market Committee (FOMC) — met this week to review the economic situation, we could hardly be satisfied. The Federal Reserve’s objectives — its dual mandate, set by Congress — are to promote a high level of employment and low, stable inflation. Unfortunately, the job market remains quite weak; the national unemployment rate is nearly 10 percent, a large number of people can find only part-time work, and a substantial fraction of the unemployed have been out of work six months or longer. The heavy costs of unemployment include intense strains on family finances, more foreclosures and the loss of job skills.

This reference to the Fed’s congressional mandate shifts the blame for the Fed’s discretionary actions onto what it represents to be a sort of legal requirement. But, in fact, the Fed has tremendous scope for a variety of actions, as well as for sheer inaction. Yes, it feels political pressures, to be sure. Yet it retains the capacity to undertake a panoply of policies — more now than ever, given its recent emergence as the nation’s financial central planner for credit allocation in general — and the ability to spin its decisions as wholly consistent with its so-called mandate. Bernanke’s crying crocodile tears for the unemployed looks like posturing to me.

Today, most measures of underlying inflation are running somewhat below 2 percent, or a bit lower than the rate most Fed policymakers see as being most consistent with healthy economic growth in the long run. Although low inflation is generally good, inflation that is too low can pose risks to the economy — especially when the economy is struggling. In the most extreme case, very low inflation can morph into deflation (falling prices and wages), which can contribute to long periods of economic stagnation.

Bernanke’s obsession with deflation is wholly misplaced. He has drawn the wrong lesson from the early 1930s, when, in addition to deflation, a host of counterproductive government actions helped to plunge the economy into an unprecedented stretch of subpar performance and mass unemployment. The idea that positive inflation may still be “too low” for the economy’s good is one of the many bad ideas that have been fostered by Keynesian and New Keynesian thinking during the past sixty years. The period of fastest economic growth in U.S. economic history, from the War Between the States to the late 1890s, was a period of secular deflation. Indeed, for centuries, in many countries, deflation, not inflation, was the rule in combination with economic growth. Bernanke has become fixated on a misinterpretation of the early 1930s, and, whether his interpretation is mistaken or not, he has accepted that exception as the rule.

Even absent such risks, low and falling inflation indicate that the economy has considerable spare capacity, implying that there is scope for monetary policy to support further gains in employment without risking economic overheating. 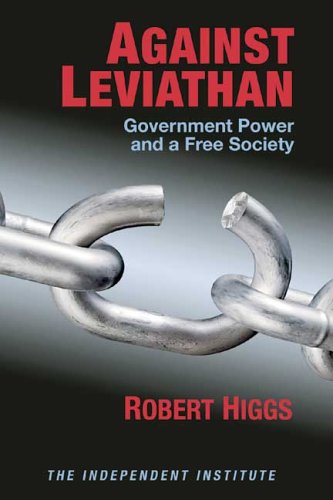 Like nearly all modern macroeconomists, Bernanke’s focus on aggregates alone prevents him from asking, “spare capacity” for what? He sees unemployed labor and capital, and he concludes that overall monetary stimulus will remedy these apparent wastes. But the effects of expansionary monetary policy will not be felt equally in every part of the economy, nor should they be. He fails to see that the unemployed labor and capital are concentrated in places to which they were drawn as a result of malinvestments made during the (Fed-fueled) boom, especially in housing construction and finance and related industries. When the Fed now creates new bank reserves via QE2, the banks, if they increase their lending at all, may simply finance — directly or indirectly — investments in commodity speculation, stock speculation, or other expenditures that only inflate new asset bubbles.

The FOMC decided this week that, with unemployment high and inflation very low, further support to the economy is needed.

This policy-making on the basis of the latest observations of inflation and unemployment not only demonstrates a supremely unjustified faith in the Fed’s ability to micromanage the macroeconomy, but also betrays an obtuseness to one of Milton Friedman’s best-known empirical claims, namely, that between changes in money and changes in macroeconomic aggregates such as output and inflation lie long and variable lags. So, even if the latest observations of aggregate variables were accurate and were all the information that matters, the Fed’s belief in its ability to make successful policy on that basis would be utterly unfounded. When the Fed throws a rock into the lake, the ripples keep spreading, and future changes in winds and water currents affect precisely where and how quickly those ripples spread.

The Absurdity of Central Planning A Veteran Worth Celebrating