Rebirth of the Comstock Lode

Where over 400 different mining companies once fought to extract high-grade silver and gold ore from the Comstock Lode in Virginia City, Nevada, one company exists today. The company owns six miles of the seven-mile strike length where claims were priced per running foot of strike. 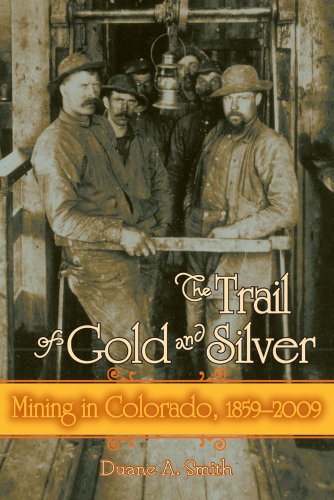 Comstock Mining (LODE-OTCBB) Catchy name and no one is going to forget it any time soon. This company is going to be the Diamond Fields of Voisey Bay fame. That was the giant find in 1993 that lit the market on fire. The project was sold in 1996 for $4.3 billion. This is the big Kahuna. This is the company that is going to ignite the junior market in this cycle. It will be sold for a lot more than $4.3 billion when it hits the auction block.

Then as now, people lost millions and for the same reasons. They waited too late to buy and then sold too early. It’s been said that history doesn’t repeat but it does rhyme. In this case, it repeats.

Since the initial discovery of silver in Virginia City in 1859, litigation was the name of the game and lawyers made their fortunes right up until recent times. There were too many claims, too many companies. No one knew if there was one giant gold/silver vein or many veins. We know today there are many veins. 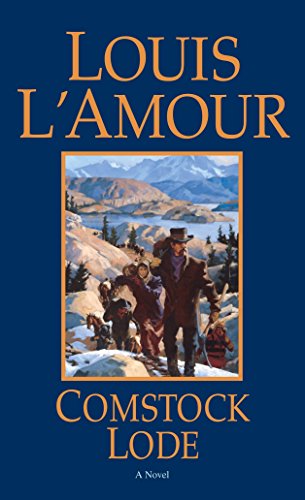 Some of the greatest names in US history got their start in Virginia City associated with the Comstock Lode. Samuel Clemens otherwise better known as Mark Twain began his writing career for the Territorial Enterprise newspaper after a failed career as a miner. George Hearst, father of the famous William Randolph Hearst, made the family fortune from his Comstock Lode investments. William Ralston, founder of the Bank of California got his start here.

Seven years ago, a self-made Southern California investor named John Winfield began buying up land in the area to allow the wild mustangs a safe haven. Local ranchers, who felt free to shoot them when found on their land, threatened the mustangs. That relatively minor contribution on the part of John Winfield evolved into something much greater.

The sheer number of mining companies always limited rational development of the Comstock Lode. The legal conflicts surrounding a swarm of veins acted as a millstone around the neck of miners for 150 years. Basically, if you discover a vein and develop it, you own it even if it goes onto another claim according to the 1872 Mining Act. So the simple issue of how many veins there are has always crippled mining in the Comstock and made a lot of lawyers rich.

It’s been the dream of many mining companies to rationalize the Comstock but there were simply too many mining claims and conflicts. And if a big mining company came in and started buying up claims, the price would skyrocket overnight.

The key to the success of the giant De Beers Company was the rationalization of the hundreds of tiny diamond claims at the Kimberley diamond pipe in South Africa. It made the fortunes of Cecil Rhodes and Ernest Oppenheimer. Kimberley didn’t work and couldn’t as a series of small mining claims. When put together by Cecil Rhodes, it financed the growth and prosperity of entire countries.

Literally no one already in the mining business could tie up the valley. But a rich investor from Southern California who understood the importance of gold in today’s financial environment could.

John Winfield spent 7 years buying up claims quietly. Often he would buy both sides to a lawsuit and fire the bloodsucking lawyers. He had the resources privately to accomplish something that no mining company of any size or individual associated with the mining industry could accomplish.

He financed privately a small heap leach operation on a property once owned by Howard Hughes. Hughes tried and failed to tie up the mining claims in the valley during the 1960s and 1970s up until his death. Where Howard Hughes failed with all his billions in resources, John Winfield succeeded. Winfield wanted to actually produce gold because he wanted to prove his theory was valid. He built a small plant on Hughes’ ground and produced 10,000 ounces of gold and 50,000 ounces of silver just to prove he could.

The original building built by Howard Hughes still serves as their mining office. 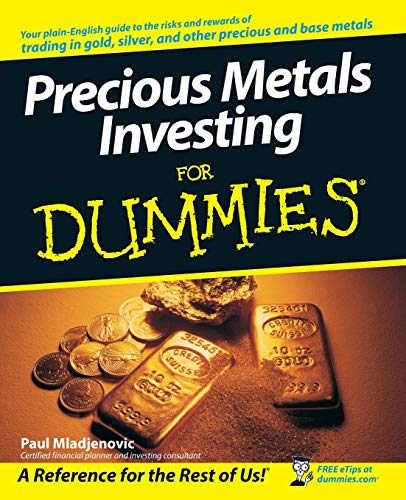 Comstock Mining is going to change the mining business in the United States and North America. Maybe the world. John Winfield is self-made. He’s rich already and he’s not married to doing things the way they have always been done. I went out to Virginia City to meet him and his team. He had never heard of either Diamond Fields or Voisey’s Bay. That’s a good thing. He can think for himself.

After spending millions of his own money, Winfield determined that it was time to finance the company on a public exchange. It’s a US OTCBB stock for now but the company has a timeframe for moving to both the New York and the Toronto Stock Exchange.

He financed the company through an unusual move. After watching the Vancouver and Toronto sharks hammer company after company by unloading their shares received as commissions 4 months after a deal was done, John didn’t want any part of it. His deal called for exchanging the debt owed to him for preferred shares and the issuance of new preferred shares to raise $35.75 million in new cash.

The preferred shares pay 7.5% interest and after 20 days of trading above a price of $4.50, the preferred shares are force converted into common shares. There is no new money brought in during the conversion. The investment houses in Vancouver and Toronto wanted no part of the financing and they are going to be sorry.

No one has had any metric for valuing the company up until now because, frankly, the structure was confusing. Once the financing was finished things became clearer.

What it means is that preferred shareholders get a 7.5% payment yearly and can convert at any time. It’s very important for any pending investor to understand that the number of shares outstanding should be thought of as 87 million but the float for now is only 20.5 million.

The Best of Bob Moriarty

Beating the TSA: How a Determined Passenger Spent Hours Arguing His Rights Before Being Waved Through the ChecksThe Astounding Walter Block