The Duck-Like Noise of a One-Legged Economy

Previously by Richard Daughty: The Incredible Two-Day Jump in USTreasuryDebt

In my email I got a forwarded essay titled “Profit from the Collapse of Debt-Fueled Growth” by a guy named Jim Quinn.

It was immediately interesting to me, as I am a guy whose natural lazy and greedy nature makes me instantly attracted by things that start out with the word “Profit,” especially if the word “Easy” is also included.

Thus, I am intrigued enough to read on, in case it was!

I read on, finding economic horror after economic horror until, at the end of the piece, he presents a chart titled “Total Debt Balance and its Composition” from the FRBNY’s Consumer Credit Panel. The chart shows that total private debt (mortgage debt, home equity debt, credit card debt, car debt, etc.) peaked in 2008 at $12.5 trillion, where most of it (75%) was (and still is) mortgage debt.

Since then, total debt has fallen to $11.7 trillion in the first quarter of 2010, which is a fall in (theoretically) spending of $800 billion spread over two years, which is Bad, Bad News (BBN) for an economy based on financed-consumption, as one leg of the economy is gone. A one-legged economy!

And if Mr. Schiller is right about housing needing to fall another 20%, then, at 75% of outstanding debt, more Bad, Bad News (BBN) is on the way! Yikes!

I am aware that the persistent use of the word “whack” sounds quite comical and duck-like to many of you, particularly the use of the rare “quadruple whack” appearing here, as far as I know, for the first time in history, as is apropos for (as far as I know) the first time in history where an idiot nation with a $14 trillion GDP has nonetheless amassed $13.5 trillion in national debt, $11.7 in personal debt, trillions more in business debt, trillions more in bank liabilities, and a gigantic overhang of shadowy derivatives, once estimated to total more than a quadrillion dollars, and all financed on astounding, insane, impossible margins of 20-to-1, 30-to-1, 40-to-1, 50-to-1, and more! Sometimes much more! Sometimes much, much more! 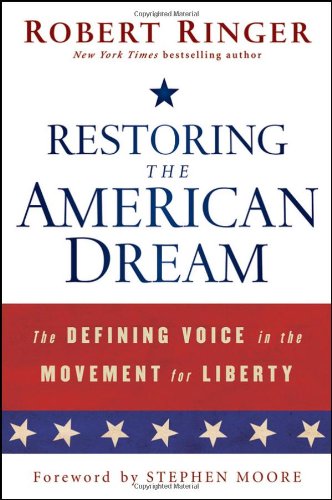 I left the overuse of “whacking” stay as written, mostly since I am too lazy to go back and change it to something less comedic, and don’t bother writing me any emails complaining, as I will cleverly claim that I purposely left it all in, so as to provide some comic relief to the nightmarish, claustrophobic sense unremitting gloom and imminent destruction found everywhere.

There is no need to thank me, as this little levity is just another free service cheerfully provided by The Mogambo Institute (TMI), formerly a serious research and policy think-tank, but which quickly devolved into just a sad little “club” for a lecherous old man who likes to fritter away his life drinking and watching pretty girls pole-dancing.

Nonetheless, the chance to humorously sound like a duck — whack whack whack whack! — will be one of the few bright spots in the economy for (checking my watch for the exact time so as to be as accurate as possible) the rest of your freaking life.

Even more Bad, Bad News (BBN) is that Mr. Quinn reports that Lowe’s, Wal-Mart, Target and Kohl’s have doubled — or more! — the number of stores in their chains since 2000, according to the “Annual Store Count Growth” provided by RetailSails.com, yet, unfortunately, “Annual Sales Growth (YoY % Chg)” for both “Total Sales” and “Same-Store Sales” for each of them has trended down for a decade! Yikes! Bad news a-plenty!

And not only have sales trended down, but down and down! Down to where the demons dwell, down into retail hell, down into “zero growth” makes you yell before now sliding into what I extrapolate linearly as “negative growth,” down to where Sheer Freaking Panic (SFP) ensues and the boards of directors begin screaming about why didn’t they just put all that money into gold, silver and oil like The Magnificent Mogambo (TMM) is always yelling to do, and then they would have So Freaking Much Money (SFMM) that it wouldn’t matter if anybody buys anything in their stupid stores or not! And they can give themselves humongous bonuses! And full health insurance, and company cars, for everybody!

“Thank you, Wonderful And Handsome Mogambo (WAHM)!” Lowe’s, Wal-Mart, Target and Kohl’s employees would say! “Thank you for coming to this planet and saving our miserable Earthling butts with the profoundly wise advice to buy gold, silver and oil when our central bank is insanely creating too much money and the federal government is too corrupt and cowardly to stop deficit-spending so that total government spending is half of GDP! Thank you! Thank you, WAHM! Thank you for making us wealthy!”

Of course, Lowe’s, Wal-Mart, Target and Kohl’s did not follow my advice, and this is just another example of life’s many examples of “Too soon old, too late wise” in action, unless, of course, you were a true Junior Mogambo Ranger (JMR) with a distinct Austrian School of Economics inclination, and you have invested everything you own in gold, silver and oil as classical, guaranteed protection against the massive price inflation that will be consuming us very soon as a result of such massive, unbelievable government deficit-spending and outrageous, massive money-creation by the unfettered, foul Federal Reserve.

Another example of “Too soon old, too late wise” is that this boom-bust cycle in retail chains was entirely predictable, as Casey’s Daily Dispatch newsletter reminds us that it was “interference with interest rates, pushing them well below where the free market would have set them, that set in motion the classic boom-bust cycle we’ve just witnessed. F.A. Hayek won the Nobel Prize for showing how central banks like the Federal Reserve, by interfering with interest rates and not allowing them to tell entrepreneurs the truth about economic conditions, divert the economy into unsustainable configurations that inevitably come undone in a crash. (Hayek belongs to a tradition of free-market thought called the Austrian School of economics).”

So why the title “Profit from the Collapse of Debt-Fueled Growth”? Mr. Quinn never does say, but it must have something to do with going short these retail stocks, as he ends with, “Lowe’s, Wal-Mart, Target, and Kohl’s have yet to recognize their predicament. They are still blinded by their hubris. The point of recognition will occur within the next year. Each of these retailers will be closing hundreds of underperforming stores in the next two years.” Yikes!

But as long as there are retail outlets for gold, silver and oil stocks, then for those who buy them it will not be, “Yikes! They’re closing all the retail stores where Junior and Maybelle work, and now we’re all freaking doomed!” but instead it will be the happily-ever-after story of, “Whee! This investing stuff is easy!”

How Would Child Abuse Be Handled in an Anarchist Society? The Struggle Over Pipelineistan