No man is a hypocrite in his pleasures, Dr. Johnson informs us. In a somewhat similar vein, the Regime’s post-9/11 "counter-terrorism" stings have avoided the official fiction that Muslim terrorism is inspired by a hatred for our "freedom." The preferred bait to lure marginalized Muslims — many of whom have little commitment to the faith, no detectable terrorism-related skills, and abundant personal problems — is outrage over the Regime’s imperial foreign policy.

As Scott Horton of the invaluable Antiwar Radio has pointed out, the scripted patter of federal provocateurs doesn’t focus on America’s refusal to submit to Sharia, or our decadent popular culture. In seeking to attract potential recruits, the Regime’s agents invoke the plight of besieged Muslims in Afghanistan, Iraq, Pakistan, the West Bank, and elsewhere — people whose sufferings are either inflicted or underwritten by Washington.

A key admission of this fact is found in the official press release announcing the arrest of the so-called "Newburgh 4," a group of ex-convicts from New York accused of plotting to bomb a synagogue in the Bronx and attack military aircraft at a nearby Air National Guard base.

The four accused in the plot — James Cromitie, Onta Williams, David Williams, and Laguerre Payen — were approached by veteran federal agent provocateur Shahed Hussein, a career criminal with convictions in both the U.S. and his native Pakistan. Hussein was paid a huge sum by the federal government to act as a terrorism "facilitator" — a term that was actually used by assistant U.S. Attorney in his opening statement at the ongoing trial of the "Newburgh 4."

As attorney Steven Downs points out in a study of the "preemptive prosecution" of Muslims by the federal government, when Hussein (who called himself "Maqsood") materialized at the Newburgh mosque in June 2008, "His con was so obvious that the real Muslims there would have nothing to do with him, but he was able to attract Cromitie (and later the other three) with offers of money and friendship."

Despite the fact that Cromitie wasn’t particularly devout, Hussein was able to radicalize him by dwelling on the human cost of Washington’s war on Afghanistan.

According to the Feds, Cromitie "explained to the informant that his parents had lived in Afghanistan and that he was upset about the war there and that many Muslim people were being killed in Afghanistan and Pakistan by the United States Military forces. [He] expressed interest in returning to Afghanistan and spoke to [the provocateur] about how if he, Cromitie, were to die a martyr, he would go to ‘paradise.’"

It’s reasonable to suspect that the devotion expressed by Cromitie and his friends had at least something to do with the material blandishments offered by Hussein, such as at least $25,000 apiece (and as much as $250,000 to one of them) if they cooperated in his plot to plant a bomb at a synagogue and fire Stinger missiles at military planes.

Posing as a wealthy terrorist recruiter, Hussein cut an impressive figure: He drove a BMW and other federally provided luxury vehicles, and his targets were understandably eager to catch some of the money he was willing to throw around. They had no money, no jobs, no cars, and no training. One was a drug addict, another being treated for mental illness. Cromitie, who had been sent to prison for drug dealing, was working a series of low-paying odd jobs. 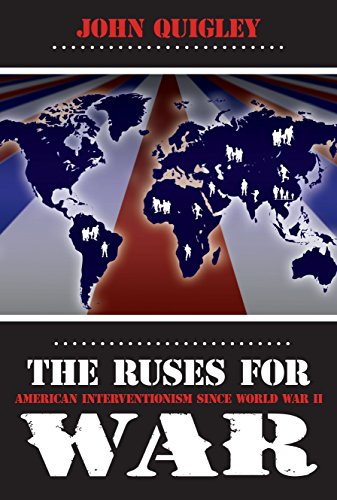 The devoted Muslims attending the mosque wisely shunned Hussein’s company after he described himself as a representative of a Pakistani terrorist group called Jaish-e-Mohammed. The four guys he managed to snag as patsies appeared to know next to nothing about the Muslim religion.

In fact, it was the petty crook the Regime hired to be a provocateur who had to teach Cromitie how to lead the members of his "jihadist cell" in prayer.

"Should I do that real quick?" asked "cell leader" Cromitie in a recorded exchange with Hussein.

"Lead it loud, so everybody can understand," replied Hussein, who was actually directing a performance rather than gathering evidence of a criminal conspiracy.

In similar fashion, Hussein "often seemed eager in the recordings to remind the men of their extremist sponsors while discouraging the idea that money should motivate them," observes a New York Times report of the trial. During meetings in the house rented by the FBI to serve as a mise-en-scene for the federally scripted production, Hussein repeatedly invoked Jaish-e-Mohammed, an organization completely unknown to the "conspirators" before the provocateur brought it up.

"It’s not about money," insisted the Pakistani crook to the people he had targeted. "It’s about Jaish-e-Mohammed." Actually, for Cromitie and the others, it was "about the money. They had no interest in, or inclination toward, terrorism until they had been seduced by promises of easy money to be earned in "paying back" those they considered responsible for attacking Muslims abroad.

As Hussein’s FBI handler Robert Fuller noted, by way of reassuring security personnel at Stewart Air Force Base, Cromitie "would never try anything without the informant with him." Nonetheless, Hussein did everything he could to push a balking and puzzled Cromitie into an out-front role as the "leader" of the supposed plot.

"Ain’t nobody running the show," an annoyed Cromitie exclaimed at one point in a recorded conversation. "Why do you keep saying that?"

Cromitie’s sense of unease grew to such an extent that he actually wanted to bail out of the plot when he detected a federal "tail" while en route to pick up the (disabled) Stinger missiles. He was aware that he and his colleagues were being watched. However, for some reason Cromitie didn’t connect that fact to the way he had been cast as the "leader" by the big-talking stranger who pushed him to the front of the supposed plot.

275 Wilderness Bug Out Locations For Your Family Hail, Caesar