Edgar Allan Poe was one of the greatest and most original writers of early America. Perhaps his most enduring creation was the character C. Auguste Dupin, the father of all fictional detectives. The Dupin character appears in three stories; the best in my opinion is The Purloined Letter.

First of all it is a wonderful story. A minister, D, in post-Napoleonic France (the story was published in 1844) has stolen a letter from an "exalted personage" that gives him a great political advantage at court. The Prefect of Police, G, has been called onto the case and works in total secrecy. During the nights when the minister is away from his home the Prefect and his men "scientifically" search for the letter. The meticulous search includes the dismantling of all of the furniture and fixtures in the house. But the search fails to find the letter that for good reason the Prefect is sure is easily at hand and located in that house. The Prefect has come to Dupin to explain his predicament and to ask for advice. A month after his first visit G returns in desperation, there is a very large reward involved, to appeal to Dupin for help to the tune of 50,000 francs. It turns out that this Minister D is an old rival of Dupin’s. Some critics have hypothesized he may even be Dupin’s brother. It also appears that Dupin favors the opposite faction at court from D. Thus Dupin tells the Prefect to write the check immediately as he produces the letter. After the amazed Prefect departs Dupin explains to the narrator how he came to obtain the letter. In fact it was in full view in the most obvious place, the letter rack. Dupin slipped a replica in its place after distracting the minister via a diversion in the street he had instigated.

Poe certainly had economic opinions regarding making a living as a writer. A whole book has been written on this topic (Edgar Allan Poe and the Masses: The Political Economy of Literature in Antebellum America, available for free at Google Books). But I cannot comment on his political and economic philosophy if he had one. However, beyond the story itself, eloquent libertarian and Austrian economic insights are to be found in The Purloined Letter. 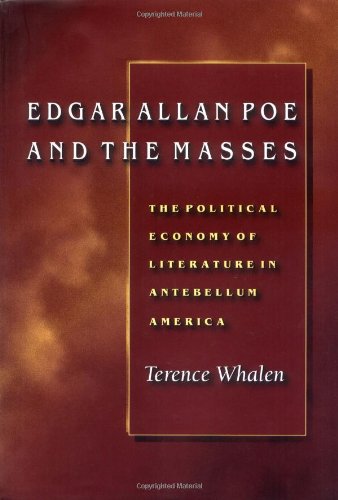 In the following paragraph Dupin comments on the character of the Prefect, whom he calls at one point "this functionary." Is this not a great word for a policeman or any other government employee?

“For its practical value it depends upon this,” replied Dupin; and the Prefect and his cohort fall so frequently, first, by default of this identification, and, secondly, by ill-admeasurement, or rather through non-admeasurement, of the intellect with which they are engaged. They consider only their own ideas of ingenuity; and, in searching for anything hidden, advert only to the modes in which they would have hidden it. They are right in this much — that their own ingenuity is a faithful representative of that of the mass; but when the cunning of the individual felon is diverse in character from their own, the felon foils them, of course. This always happens when it is above their own, and very usually when it is below. They have no variation of principle in their investigations; at best, when urged by some unusual emergency — by some extraordinary reward — they extend or exaggerate their old modes of practice, without touching their principles. What, for example, in this case of D — , has been done to vary the principle of action? What is all this boring, and probing, and sounding, and scrutinizing with the microscope, and dividing the surface of the building into registered square inches — what is it all but an exaggeration of the application of the one principle or set of principles of search, which are based upon the one set of notions regarding human ingenuity, to which the Prefect, in the long routine of his duty, has been accustomed? Do you not see he has taken it for granted that all men proceed to conceal a letter, — not exactly in a gimlet-hole bored in a chair-leg — but, at least, in some hole or corner suggested by the same tenor of thought which would urge a man to secrete a letter in a gimlet-hole bored in a chair-leg? And do you not see also, that such recherches nooks for concealment are adapted only for ordinary occasions, and would be adopted only by ordinary intellects; for, in all cases of concealment, a disposal of the article concealed — a disposal of it in this recherch manner, — is, in the very first instance, presumable and presumed; and thus its discovery depends, not at all upon the acumen, but altogether upon the mere care, patience, and determination of the seekers; and where the case is of importance — or, what amounts to the same thing in the policial eyes, when the reward is of magnitude, — the qualities in question have never been known to fall. You will now understand what I meant in suggesting that, had the purloined letter been hidden anywhere within the limits of the Prefect’s examination — in other words, had the principle of its concealment been comprehended within the principles of the Prefect — its discovery would have been a matter altogether beyond question. This functionary, however, has been thoroughly mystified; and the remote source of his defeat lies in the supposition that the Minister is a fool, because he has acquired renown as a poet. All fools are poets; this the Prefect feels; and he is merely guilty of a non distributio medii in thence inferring that all poets are fools.” 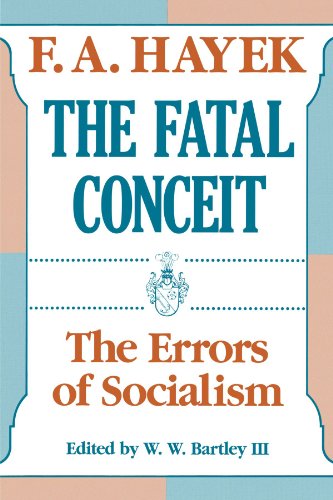 Dupin comments that functionaries like G "consider only their own ideas of ingenuity; and, in searching for anything hidden, advert only to the modes in which they would have hidden it." Here is a clear anticipation of the Fatal Conceit described so well by Hayek, whereby the elitist government bureaucrats take the power to tell the people how to live. The immorality aside, the information problems insure the consistent failure of these schemes. Dupin continues his critique of the Prefect.

“But is this really the poet?” I asked. “There are two brothers, I know; and both have attained reputation in letters. The Minister I believe has written learnedly on the Differential Calculus. He is a mathematician, and no poet.”

“You are mistaken; I know him well; he is both. As poet and mathematician, he would reason well; as mere mathematician, he could not have reasoned at all, and thus would have been at the mercy of the Prefect.”

“You surprise me,” I said, “by these opinions, which have been contradicted by the voice of the world. You do not mean to set at naught the well-digested idea of centuries. The mathematical reason has long been regarded as the reason par excellence.

“‘Il y a a parier,'” replied Dupin, quoting from Chamfort, “‘que toute idee publique, toute convention recue, est une sottise, car elle a convenu au plus grand nombre.’ The mathematicians, I grant you, have done their best to promulgate the popular error to which you allude, and which is none the less an error for its promulgation as truth. With an art worthy a better cause, for example, they have insinuated the term ‘analysis’ into application to algebra. The French are the originators of this particular deception; but if a term is of any importance — if words derive any value from applicability — then ‘analysis’ conveys ‘algebra’ about as much as, in Latin, ‘ambitus’ implies ‘ambition,’ ‘religio’ religion or ‘homines honesti,’ a set of honorable men.”

“You have a quarrel on hand, I see,” said I, “with some of the algebraists of Paris; but proceed.”

“I dispute the availability, and thus the value, of that reason which is cultivated in any especial form other than the abstractly logical. I dispute, in particular, the reason educed by mathematical study. The mathematics are the science of form and quantity; mathematical reasoning is merely logic applied to observation upon form and quantity. The great error lies in supposing that even the truths of what is called pure algebra, are abstract or general truths. And this error is so egregious that I am confounded at the universality with which it has been received. Mathematical axioms are not axioms of general truth. What is true of relation — of form and quantity — is often grossly false in regard to morals, for example. In this latter science it is very usually untrue that the aggregated parts are equal to the whole. In chemistry also the axiom falls. In the consideration of motive it falls; for two motives, each of a given value, have not, necessarily, a value when united, equal to the sum of their values apart. There are numerous other mathematical truths which are only truths within the limits of relation. But the mathematician argues, from his finite truths, through habit, as if they were of an absolutely general applicability — as the world indeed imagines them to be. Bryant, in his very learned ‘Mythology,’ mentions an analogous source of error, when he says that ‘although the Pagan fables are not believed, yet we forget ourselves continually, and make inferences from them as existing realities.’ With the algebraists, however, who are Pagans themselves, the ‘Pagan fables’ are believed, and the inferences are made, not so much through lapse of memory, as through an unaccountable addling of the brains. In short, I never yet encountered the mere mathematician who could be trusted out of equal roots, or one who did not clandestinely hold it as a point of his faith that x squared + px was absolutely and unconditionally equal to q. Say to one of these gentlemen, by way of experiment, if you please, that you believe occasions may occur where x squared + px is not altogether equal to q, and, having made him understand what you mean, get out of his reach as speedily as convenient, for, beyond doubt, he will endeavor to knock you down.

Here the argument precedes those of von Mises that the proper methodology for many applications is not mathematical. Though economics is not mentioned specifically by Poe, he has Dupin give the example of morals which is a branch of praxeology as is economics. He thus recognizes that branches of science, the so-called social sciences, which study human actions, are not susceptible to mathematical calculation. If he were alive today Poe would surely have recognized that the mathematicians (or modelers) have taken over such that economics is a purloined social science.

Previous article by Ira Katz: The Old Sleight of Hand

What Our Fingernails Say About Us Do You Question Authority, Fail To Accept Conventional Wisdom?