Investing in Gold: Finding Comfort in the Economic Downturn

Most of the time, I am so freaked out that I spend most of the day in the Mogambo Bunker Of Paralyzing Fear (MBOPF), scared out of my mind at catastrophic ramifications of the economic stupidities that are being foisted upon us, like, for instance, increasing taxes in a recession! Gaaahhhhhh!

And then people ask me, “Why are you screaming your head off in fear, you irritating little moron?” Naturally, I answer, with a voice tinged in scorn and loathing, “Because taxes are being raised in a recession, and so screaming in fear and outrage is the only appropriate public response, while buying gold, silver and oil is the only appropriate private response. So, ha! Who’s the moron NOW, you moron?”

Reportedly, there are 20 new taxes in the new ObamaCare sweeping takeover of the healthcare industry alone! Yikes!

At this kind of onslaught of Bad, Bad News (BBN), I instinctively seek the kind of comfort that only Mozart’s piano concertos, large-caliber weaponry, lots of gold, silver, oil stocks and yummy pizzas can provide, especially when I am faced with the twin macroeconomic disasters of huge expansions in the money supply and vast enlargements of a bankrupted, suffocating, enormous, parasitical system of incestuous governments.

In response, I am also keeping, hopefully, far away from the individual idiots running around loose in my neighborhood because I recently discovered that none of my neighbors — to this day! — are smart enough to answer a simple question, despite years — years! — of me constantly reminding them, “Hey! Moron! You had better get gold, silver and oil, because your idiot government is continually deficit-spending the excess money being created by the Federal Reserve so that inflation in consumer prices is guaranteed!”

So, the end results of all my generous labors to educate these halfwits? I recently asked them, “Have you bought any gold, silver or oil to save yourself, and make a lot of money, as the dollar continues to be destroyed? Or are you still acting like some ignorant bozo and keeping all your money in dollars and dollar-denominated assets so that you will end up broken and destroyed, your ruination causing misery and suffering for your spouse, your children and your grandchildren so that they all, periodically pausing from digging in the dirt for grubs and roots to eat, look up at you with raw contempt in their dry, sunken eyes, and ask you, ‘How come you didn’t buy gold when the government was deficit-spending so much money and the evil Federal Reserve was creating all that new money? You must be really stupid, because even The Mogambo could see it from a mile away, and he is one Really Stupid Guy (RSG)! And now he is so rich that when he saw me yesterday, he asked me if I was your kid, and I said I was, and then he laughed at me and offered me $100 if I would dance like a chicken in the middle of the street for 5 minutes so that he could make fun of the mutant offspring of a first-class idiot like you, and I willingly did it! Boo hoo hoo! I am so ashamed! We are ruined because you are so stupid, and now everyone knows that I am stupid, too! I hate you! I hate you! I hate you!’”

Well, it seemed like an easy question to me, but everybody I asked turned around, ran into their stupid house and locked the stupid door, which proves that they are idiots because most people run into their houses and lock the door when they first see me coming from a block away, long before I even get within earshot! Hahaha! Morons!

They have no idea how embarrassing it is to me, The Mogambo, to have my own neighbors be So Freaking Stupid (SFS) as to still believe that the authorities can, somehow, engineer an economic miracle to save us from too much government spending and over-regulation, too much debt, and too much creation of too much new money and credit by the loathsome Federal Reserve. 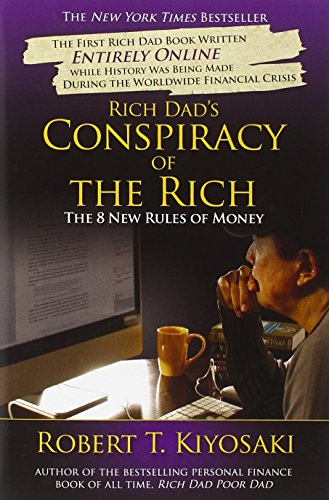 Naturally, I sum it up as, “We’re Freaking Doomed (WFD), you morons!”

Casey’s Daily Dispatch is not so brutally honest and scathing in its condemnation of idiots, and tones down my exact same message to the less confrontational, “Today we face the prospect of prolonged economic stagnation, and most governments are administering grossly abusive monetary policy as a remedy. While some of the consequences are already being felt, the full ramifications have not hit your wallet yet. But they will.”

And before the consequences start biting, Casey’s Dispatch says to buy gold “If you don’t have at least 10% of your investable assets in physical gold, or at least two months of living expenses.”

On the other hand, the Magnificent Mogambo Portfolio (MMP) thinks 10% gold is too low, as it means that the other 90% of your assets not in gold will be destroyed. MMP contains 100% of its invested assets in gold, silver and oil, and suggests that all others do so, too, mostly because it means that 100% of your assets will grow, which even an idiot like me can see is better than having 10% of my assets grow!

And that is why I, a happy idiot, say, “Whee! This investing stuff is easy!”

Previous article by Richard Daughty: The Worst Economic Demon Is Headed Our Way