Recently by David Galland: Bring Out Your Dead

A couple weeks ago, the family and I watched Dirty Jobs, an altogether entertaining show from the Discovery Channel. In the episode we watched the host, Mike Rowe, serve as a mechanic in the military. There were a couple of things that caught my eye.

The first was that, using nothing more than a cleverly arranged array of blocks and tackle, five members of the mechanics group were able to easily muscle a well-stuck 5-ton Humvee from deep sand. We humans are, indeed, a creative and intelligent species.

The second thing was the strict adherence to protocol, with everyone acting almost robotic in their issuance of commands and responses, and surgical in their use of equipment. Even so, this slavish adherence to “the book” is understandable, given that the soldiers operate in extremely difficult, dangerous, and often chaotic circumstances.

Therefore, I had to raise an eyebrow the next day when BBC reported that of $9 billion allocated to the U.S. military to be used in Iraq reconstruction projects, fully $8.7 billion has gone missing. Proving, once again, that no matter how well plans are laid or how tightly “management” might think they are controlling things, gaps in process can open up that are wide enough to drive a Humvee through – a Humvee full of cash, in this particular case.

Similarly, we are led to believe that the Treasury and the Fed, having applied the right combination of monetary and fiscal blocks and tackles on the well-stuck economy, have freed the economy from its quagmire. In this case, the biggest sovereign debt crisis in history.

In support of that contention, the following appeared in Bloomberg, a steady cheerleader for the administration and its friends on Wall Street.

For all the criticism of record budget deficits, President Barack Obama can take comfort knowing that for the first time in half a century, government bond yields are declining during an economic expansion and Treasury Secretary Timothy F. Geithner is selling two-year notes with the lowest interest rates ever.

The combination of record-low yields on two-year notes, 10-year rates below 3 percent and a deficit projected to surpass $1.4 trillion for a second consecutive year is a signal that the bond market is less concerned with government spending than with getting the economy back on track. 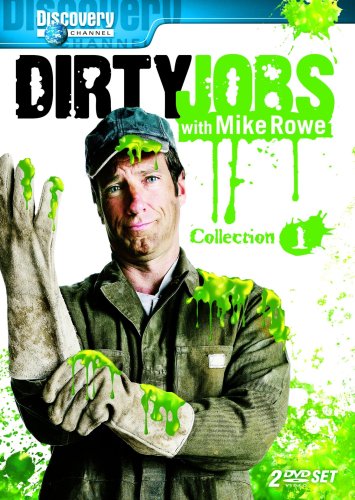 It’s kind of ironic, I find, that the very same people who are quickest to scoff when hearing the phrase “This time it’s different” – namely the professional investing class – apparently see nothing to worry about in the idea that the world’s largest debtor can run the world’s largest deficits… and do so at historically low interest rates.

To which I would comment, “Trust your eyes.” If it seems as though the situation is untenable, it very likely is. The only real question in my mind is, how long can this fiction persist? To that I don’t have an answer, but I suspect that when the truth of the situation is revealed – possibly by the roundabout path of seeing one or more of the large Asian economies come unglued – things will get far uglier, far faster, than most people suspect.

After all, for things not to “be different this time around,” the mountain of unpayable sovereign debt must be resolved in a currency crisis. To believe otherwise is to believe in Easter Bunnies and in the proposition that, like the military, the U.S. government can meet every challenge – the former through a concentration of force, the latter by bankrupting future generations.

I can’t speak for what you’re seeing in your neighborhood or hearing from your customers or friends, but everyone I talk to says that, at best, things are holding the line at “bad,” but, for the most part, are not getting significantly worse. No one has told me that things are actually improving.

That my ground-level perception may be the correct one seems to be confirmed by the latest consumer confidence readings – which just fell to a 5-month low, the wrong direction for a recovering economy.

Yet, in stark contrast to what my eyes and ears are telling me, the cheerleading for a robust recovery in the mainstream media is becoming almost deafening… just as you would expect in the months leading up to an important U.S. election.

While it may just be inherent stubbornness, we here at Casey Research remain steadfastly bearish, for no other reason than that none of the big-picture economic challenges have actually been solved.

Which is to say that we are the ones scoffing at the idea that this time is different – it’s not. In support of that contention, look no further than Bud Conrad’s chart below, from the March edition of The Casey Report. As you can see, the world’s two largest economies, the U.S. and Japan, are solidly in the danger zone and likely past the point of no return.

Depending on your ability and willingness to take risks, you may wish to stay especially liquid – or trade the volatility that is inevitable as the train periodically looks like it’s about to leave the tracks (in time, it will). You can do that by buying the VIX index (there are ETFs for that) or by buying good assets (gold, gold stocks, deep-value stocks) on the dips and selling on the rallies.

Of course, some people will buy into the idea that the crisis really is behind us, deficits and debt be damned. Others, including yours truly, believe the markets are being played like marionettes by the administration and its allies ahead of the November election.

In time, I strongly suspect, we the people are going to wake up and find that our government has spent trillions of dollars in its attempt to put in the fix and, as has been the case with the military’s Iraq reconstruction efforts, 96% of the money will have simply vanished.

Finding opportunity in crises is the forte of David, Doug Casey, and the other editors of The Casey Report – and they do it month after month. With keen instinct and diligent research, they analyze big-picture economic trends, predict where they are leading, and then recommend the best investment strategies for subscribers. To learn about one of their favorite investments for 2010, click here.

Previous article by David Galland: Bring Out Your Dead