Recently by David Galland: Save the Virgins!

Watching my children grow older, now heading into the treacherous shoals of the teenage years, has been a visceral reminder of how the human mind develops. As young children, we see the world with fresh eyes and wonderment, and then quickly begin testing the physical and societal bounds as part of morphing into our more mature selves.

As we age into our teens and beyond, the testing of boundaries evolves into a series of calculations. If I do “A,” we wonder, will it lead to “B” or maybe “Z”?

From a young age, most of us are told to advance our education and otherwise better ourselves so that we will be able to find a good job, or a succession of good jobs, that will provide sustenance and security lasting most of a lifetime before retiring to dawdle about in our golden years.

At least that is the modern view of life pursued by the vast majority of the citizenry in the developed world.

But having spent some time in rural Argentina recently – where it seems to me that most people spend more time living and less time planning to live – I have had some time to ponder the assumptions embedded in this view.

What if, I wonder, the whole modern construct of what passes for making the right moves in an advanced society is plain wrong?

Is the goal of working hard to get a good job and then moving up the corporate ladder really so desirable? Is marrying and having 2.5 kids and growing old in a glorified box in the burbs really so wonderful?

I asked someone who knows what percentage of their income – which is to say the income of a reasonably successful person – now goes to taxes, and the answer was, “Over 60%.”

What if the modern version of society is really nothing more than a sleight of hand designed to fool the masses into becoming little more than government mules, allowed their simple pleasures in exchange for providing the muscle and the money needed to feed the beast?

An increasing number of the mules seem to me to have become disheartened at the difficulty of creating and keeping enough wealth to live the life envisioned in youthful dreams. And correctly so: building lasting wealth is relatively easy when you keep 90%, but nearly impossible when you keep just 40%. And, if the trend now in motion continues in motion, the productive elements will soon be lucky to keep 30%.

While even I can’t foresee things getting as bad as they did in Britain in 1974, when the top 750,000 wage earners were slapped with a tax rate of 98%, the steady build toward more regulations, more government, more tariffs, and more taxes in more sectors of the economy will affect a broader swath of the public and, in so doing, weigh even more heavily on the nation.

And it will result in much the same thing experienced by the British at the time – a mass expatriation by the more independent-minded and entrepreneurial types.

(While the audience obviously skews toward the idea of expatriation, it is interesting that a just concluded International Living survey found that some 96% of respondents were now actively considering expatriation.)

But I drift like a pick-up truck going too fast around a rain-slicked corner. 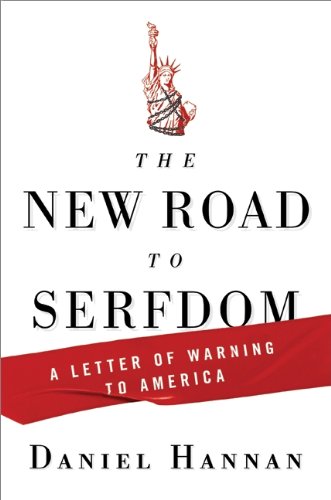 The modern version of the world, at least to my eyes, appears to be losing credence with an increasing number of Americans. Simply, the material well-being and little extras that we the people have previously dreamed of are now unaffordable for most – especially now that a willingness to take on an excess of debt is no longer being readily confused with net worth.

For the government, with its switch long rusted on expansion mode, the promises of a better tomorrow must be preserved, if only as an inspirational illusion. Yet, with the hard reality of a collapsing Camelot obvious for all to see, the administration and Congress are now discomforted by the loud chorus of mules braying for more and better fodder. And increasingly by the voices of others, the workers in this economy, who are beginning to chafe in the traces.

Attempting to maintain societal status quo, the government is pursuing fiscal and monetary policies that are anything but status quo, including running trillion-dollar deficits as far as the eye can see. But maintaining the status quo is only going to get harder. Social Security, a time bomb planted by FDR, will run a deficit this year, as opposed to 2017 as recently believed. The deficit is no surprise to anyone, but the accelerating pace of the nation’s fiscal ruin very much should be.

In today’s paradigm, millions of Americans demand that the country do more for them than they are willing or able to do for themselves, for many in no small part because they have already been asked to give up so much. At the same time, the government is making increasingly muscular demands that those still able to give, give more.

On both sides of the equation, the government looms large – as you would expect it to in a world where public institutions have become the controlling force in virtually all aspects of life.

But the paradigm is broken, in no small part because a long succession of U.S. governments have habitually made politically easy or expedient choices – in the process squandering the wealth of generations and setting the stage for a serious confrontation between the government mules that have and those that have naught.

Of course, I hope for the best as the country goes through the paradigm shift to whatever’s coming next. Yet, because no one can say what the new paradigm will look like – and a lot less or a lot more government are both equally likely – I am simultaneously planning for the worst, including buying hard assets and diversifying internationally.

To fail to do so would be to passively accept the life of a government mule.

As David said, diversifying internationally is one of the most critical things to do right now, for any savvy investor. Discover the 5 best ways of “going global” in our new report.