Paul Krugman and the Keynesian 'Miracle'

The more I read Paul Krugman’s columns and papers, the more I realize just how great the gulf is between Austrian and Keynesian thought. It is impossible to sum up all of the differences between the two camps, but I do think that perhaps the disparities can be summed up in the Austrian rejection of Keynes’ famous 1943 statement that expansion of credit by the central bank will create a "miracle . . . of turning a stone into bread."

In a recent column, Krugman in a roundabout fashion repeats this notion, as he excoriates the governments of the world for not borrowing, printing, and spending at a rate that he believes will keep the world economy from slipping into depression. At the heart of Krugman’s exhortation is his belief that credit expansion is the same thing as creating wealth. I don’t think so.

Krugman has almost a religious belief that borrowing and printing money and policies of spending for the sake of spending will pull the country out of a recession. He writes of the current mess:

Neither the Long Depression of the 19th century nor the Great Depression of the 20th was an era of nonstop decline — on the contrary, both included periods when the economy grew. But these episodes of improvement were never enough to undo the damage from the initial slump, and were followed by relapses.

We are now, I fear, in the early stages of a third depression. It will probably look more like the Long Depression than the much more severe Great Depression. But the cost — to the world economy and, above all, to the millions of lives blighted by the absence of jobs — will nonetheless be immense.

And this third depression will be primarily a failure of policy. Around the world — most recently at last weekend’s deeply discouraging G-20 meeting — governments are obsessing about inflation when the real threat is deflation, preaching the need for belt-tightening when the real problem is inadequate spending. (Emphasis mine) 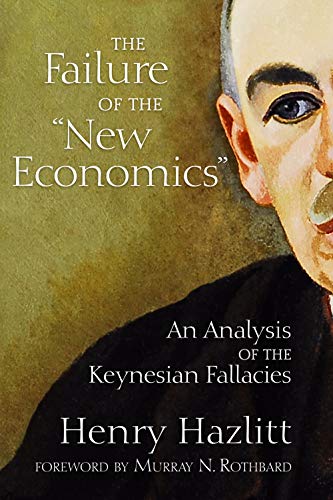 Krugman ignores the recoveries after the 1921 recession and the 1982 recession, both of which occurred in the absence of inflation and the presence of higher interest rates. Furthermore, while the U.S. Government in both instances ran deficits, they were deficits brought on by the fall in tax revenues due to the recession, not as matters of “deficit-based stimulus” policies.

But, there is a larger issue here, and it is this: Current spending by government does not create wealth, and it is the creation of wealth that will bring us out of the depression. Borrowing from future generations (or repudiating the debt through inflation) is nothing more than making a claim on future wealth. Furthermore, Krugman’s recommendations do nothing to address the current set of malinvestments which plague the economy, not to mention the huge added burden of government-imposed costs which make production of wealth more difficult.

To a Keynesian True Believer like Krugman, spending is nothing like what Austrian economists and even mainstream "micro" economists see it to be. To an Austrian, spending is a purposeful activity done by consumers and producers in order to enable them to reach certain individual (or maybe organizational) goals. It is part of the means-ends framework under which people operate; we consume because we believe the goods we are consuming meet our needs.

However, to Keynesians, spending is part of a "circular flow" in which people "spend" in order to clear the shelves of inventory so that people can have jobs filling those shelves once again. It is spending for its own sake, as though we had a "public duty" to "spend patriotically." Furthermore, since governments can print money, Keynesians believe that such an act is economically meaningful because he believes governments have the power to keep the economy going; all that is needed is a printing press.

Indeed, like Keynes, Krugman seems to believe that government "creation" of "money" really does turn stones into bread. However, Ludwig von Mises had something to say about this nonsense:

The stock-in-trade of all Socialist authors is the idea that there is potential plenty and that the substitution of socialism for capitalism would make it possible to give to everybody "according to his needs." Other authors want to bring about this paradise by a reform of the monetary and credit system. As they see it, all that is lacking is more money and credit. They consider that the rate of interest is a phenomenon artificially created by the man-made scarcity of the "means of payment."

In hundreds, even thousands, of books and pamphlets they passionately blame the "orthodox" economists for their reluctance to admit that inflationist and expansionist doctrines are sound. All evils, they repeat again and again, are caused by the erroneous teachings of the "dismal science" of economics and the "credit monopoly" of the bankers and usurers. To unchain money from the fetters of "restrictionism," to create free money (Freigeld, in the terminology of Silvio Gesell) and to grant cheap or even gratuitous credit, is the main plank in their political platform.

If it seems that Mises was anticipating Krugman’s current demands, it is just that Krugman is trying to ape Keynes, and Mises and the Austrians already have demolished the Keynesian arguments. (See Henry Hazlitt’s classic work, The Failure of the New Economics, to see a detailed Austrian critique of Keynes’ book, The General Theory.) The problem, as Austrians point out, is that printing money does not create wealth, and if that is not the case, then "turning stones into bread" is dangerous nonsense.

For example, Krugman argues that our main problem today is deflation, which tells the reader he really does not understand deflation at all. To get a better sense of what happens during deflation, read Murray N. Rothbard’s America’s Great Depression, which explains that during a period of deflation, the real factors of the economy get back into meaningful balance with each other. Thus, contrary to Krugman’s exhortations, what economies around the world need is not more printing and borrowing, but rather liquidation of the malinvestments that were created during the previous boom and that the government still is trying to keep afloat. (This is different than the "austerity" programs in which governments try to balance their budgets by raising taxes and slashing some spending. Now, slashing spending is a good thing, contra Krugman, but governments should not be raising taxes, as the only way we can have a true economic recovery is for the entrepreneurs to be able to work and act freely.)

Krugman is right. We are going to slip into a depression that is worse than what we see now. However, he is wrong when he claims that it is because governments around the world are not printing and borrowing enough money in order to boost spending. Instead, it is because governments originally tried to "stimulate" their way out of this morass via more spending when they should have been getting their financial houses in order.

For Krugman, there never was enough spending, but keep in mind that, contrary to what Austrians point out, the "spending" Krugman was championing had nothing to do with a real economy in which entrepreneurs and consumers interact. Instead, he sees spending as something that is done to keep the "circular flow" going. This is not economics; it is gibberish.

Checkmate! a review of JFK: Analysis of a Shooting by Orlando Martin More Obama 'Stimulus' Is Coming