Several months ago I made the decision to apply for a permit to carry a concealed weapon, because I wanted to have another level of protection for me and for my family as we go about our business around town.

I will not talk about the permit process, whether you should get one, or about any libertarian implications of licking the state’s boot to obtain permission to carry metals and chemicals on one’s person. You are on your own about that. Instead, I will simply, and briefly, go through the various trials and tribulations that I went through.

Because I live in hot and humid Florida, chances are I will (perhaps literally) never wear a jacket or any sort of second layer. And because at present I work from home, my daily attire is extremely informal: a t-shirt and shorts almost every day of the year. This eliminates OWB (outside the waist band) carry. Realistically speaking, this left me with two options. I could carry IWB (inside the waist band) or in a pocket.

For two reasons, the classic IWB method did not work for me. First, I am still working on losing a few more pounds. Thus, even a small firearm would have "printed" on a shirt, and become unconcealed. The state of Florida has declared — oh, the humanity! — that visible firearms are an abomination and a crime. The other has to do with comfort. Though not a firearms newbie, I am still quite a beginner at carrying concealed. I preferred to start off with something simple. While I am aware that IWB might in the long run be more desirable (a faster draw being an advantage), for now it would not do. 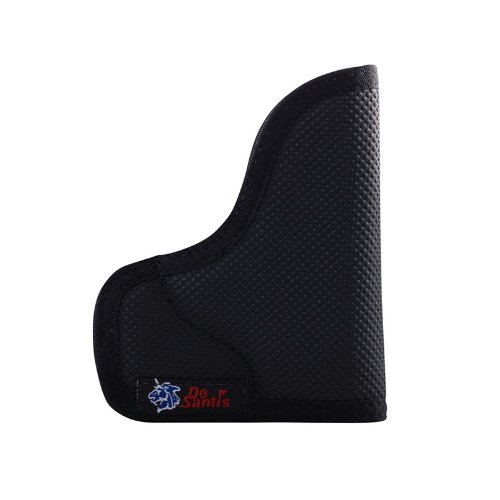 Pocket carry ended up being my choice, though I concede that it was mostly by default (where else could I hide a gun?). These days I carry a Ruger LCP. It’s a light pistol — perfect for the pocket. Initially I considered the back pocket. However, sitting on a gun did not seem like the best of ideas. Indeed, when I ran it past a friend, he said that back pocket carry would "scare the bejeesus" out of him. So front-pocket carry it was.

I tried a couple of pocket holsters before settling for a DeSantis Nemesis pocket holster. It fits comfortably in shorts or jeans pockets, and the trigger guard is well protected. I have no complaints about this purchase so far. Since my pistol of choice is fairly thin, no one can tell that I am carrying a concealed weapon. It just looks like I have a wallet in that pocket.

Besides the LCP, I have another gun that I plan on carrying: a S&W 638 (I must thank Dick Clark for his recommendation in "Buying Your First Handgun"). The 638 has a shrouded hammer. When looking at revolvers, I wanted something that would be safe when carrying. An exposed hammer might have risked getting snagged in clothing. To minimize the risk I went with the 638. Like the LCP, I will carry this gun in my pocket using a Don Hume holster. While it protrudes more than the LCP (it is a revolver after all), the S&W will not cause a stir in public.

While preparing to start carrying, I spent some time reading books, web articles, blog entries and even watching YouTube videos. Many of those sources implied that people who carry guns have an extra responsibility to avoid escalating conflicts should they be involved in one. Failure to do so could literally have fatal consequences. Decent human beings already have such responsibility. Escalating a conflict can often be a form of aggression. To be clear, one has the right to defend oneself from aggressive violence but no right to start it (or to escalate it for that matter). The presence of a gun on you changes nothing. 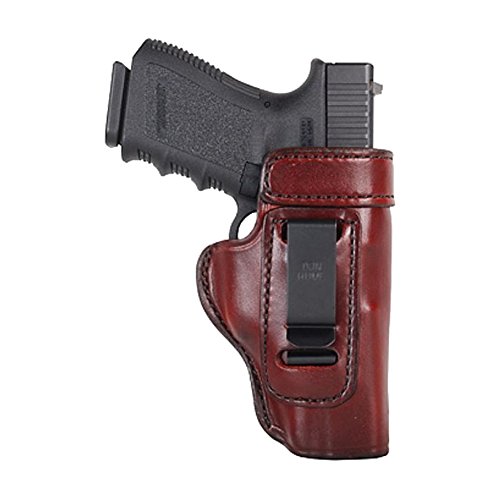 I’ve been packing for a bit now. Let me share some impressions:

If you have decided to carry a gun for self-defense, do it every day. Even in cities with high crime, the chances of ever needing to use a firearm for self-defense are extremely low. However, it’s better to have it if you ever do need it.

Finally, be smart about it. Don’t go out there shooting yourself (or others) in the foot (or in other places). The last thing we need as an already-maligned group is bad press.