Why BP Should Just Deny Everything and Brace for Impact

We’re glad we’re not sitting on the dock of the bay in Biloxi or St. Petersburg. There’s oil coming that way…and it’s not the kind you can burn in your lamp.

The newspapers say there are huge globs of oil beneath the surface…or floating on the top. You’d think you could just pump it up. At $70 a barrel, you’d think you could make money scooping up the “sea oil” in the gulf. Probably better than shrimping.

Instead, everyone is complaining about it…and threatening to put BP executives in jail. Yesterday’s cover story in The Financial Times told us that the head man at BP has admitted error.

“BP ‘not prepared’ for spill”

We hope he had a good talk with his lawyers. “Not prepared” sounds like an admission of negligence. Maybe criminal negligence.

There are billions in lawsuits coming up…and the attorneys around the Gulf are slicker than an oil spill. The English don’t realize what they’re up against…an Alabama lawyer in a seersucker suit…talking to an Alabama jury…about how a British billion-dollar company destroyed their lives and livelihood.

They’re going to use every word Tony Hayward says against him.

Nobody is going to thank him for keeping his auto running. No one is going to think about where the oil comes from that he uses to heat his house…or how he draws electricity from an oil-fired power plant. No one in the entire state of Alabama is going to stand up for BP…certainly not an elected official.

“You have no idea how this works,” said a Washington friend. “The shyster lawyers are all in tight with the lawmakers. Many of them are shysters too. That’s why Obamacare is so tilted towards the lawyers and the pharmaceutical companies. They’re all in cahoots.

“And now this oil spill is going to set off a feeding frenzy on BP. The shyster lawyers are drawing up their class action strategies now. And you’ll see public interest groups get into the action. These guys are smart. And they’re very well funded. They’re going to short BP shares…and then announce a $20 billion lawsuit. And every pseudo environmental group…and trade organization…and labor union…and city council…and cracker-jack collection of meddlers anywhere within 100 miles of the coast…they’re all going to be looking at that pay day…when BP settles for…what?…$100 million…$1 billion…who knows. But they can invest millions in the case, because they know the payoff will be huge. They’re just fighting for position now…seeing who can put together the winning jackpot case… It’s sickening.”

Legal advice to BP: deny everything. You weren’t there. Deepwater what? Then, tell litigants that you will never settle any case, no matter how big or how rich. That will vastly increase the investment capital the shysters need to raise.

BP’s share price has plummeted. Some people think it is time to buy. Might be a little too soon. Our guess is that estimates of the damage are going to balloon even higher as more and more lawyers begin to see that thanks to BP they can win the lottery without buying a ticket.

Also, we suspect that a downturn is coming in the entire energy sector. Why? Because energy use grows with GDP growth. And we suspect we’re in Deep Doo-Doo there too.

Savings rates are rising all over the world — in developed economies and in emerging economies. That means GDP growth should turn down. 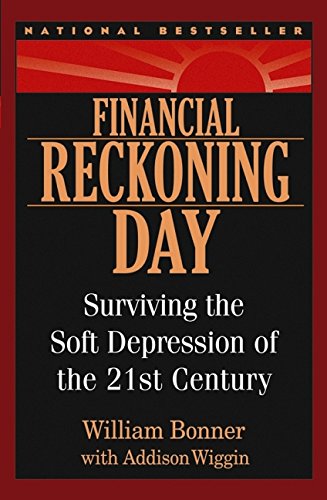 Americans pulled back on their spending in May after a tepid April, underscoring how fragile the consumer spending recovery remains, new data released Thursday show.

Cool weather and a quirk in the calendar — a late Memorial Day weekend that hurt May’s business but should boost June’s figures — dampened spending on almost everything from clothing to major appliances. The figures, from MasterCard Advisors’ SpendingPulse, include spending in all forms including cash from May 2 through Saturday.

But weakness in the past six weeks is due to more than thermostat and calendar flukes, analysts said. They cited unemployment, stock market jitters and the end of government funded rebates on energy-efficient appliances.

“I don’t think you can explain away all the weakness just based on the calendar shift,” said Michael McNamara, vice president of research and analysis for SpendingPulse.

People are reluctant to spend for all the usual reasons…and some new ones. In the past, people have feared losing jobs. Never before in recent history have they feared that the government would go broke.

Just ask young people what they expect to get from Social Security or the new Medicare program. They know the score. The old folks stacked the deck against them. All the aces come up first — while the boomers are still in the game. Then, nothing but low cards.

“‘Sittin’ on the dock of the bay’ was a protest song,” a communist friend once explained. “It’s about blacks who came to look for work in San Francisco and then couldn’t find a job.”

Another report tells us that the corporate bond market is practically dead. Corporations can’t raise money for expansion…and don’t seem to want to. They’re being shut out of the credit market by government — particularly the US government. Bond rates are so low buyers don’t have much to look forward to — whether they buy the corporates or the Treasuries. They figure they might as well go for Treasuries. At least they’ll be sure to get paid back.

This year, the US government is expected to borrow an additional $3 trillion. That doesn’t leave much money for the private sector. Which is why The Wall Street Journal report is surely correct; more and more people are going to be sitting on the dock of the bay…or watching TV. Unemployment is still increasing in most cities.

China Daily seemed to capture the underlying trend better than anyone. It’s headline:

Into the Deep Doo Doo, in other words.

Freedom and Discrimination Interview With Jim Rogers: The CPI Is a Lie and Inflation Is Going To Increase