What Would Jesus Cut?

Recently by Shawn Ritenour: The Immorality of Government Inflation

That is the question asked by the left-leaning Christian organization, Sojourners, in its campaign of the same name. Sojourners claims that, despite record budget deficits and national debt, reducing subsidies for things like vaccines and bed nets in Africa, school lunch programs, early childhood education, and income maintenance in the United States is immoral. Indeed, such subsidies, Sojourners says, “are dollars we can’t afford to not invest.”

What are we to make of these claims? Certainly we are called to love our neighbor as ourselves and this love, when directed toward the poor and needy, must manifest itself by providing real material help to those who truly need it. It is not enough merely to wish a suffering soul to be warm and well fed. We must be willing to put our money where our mouth is.

It is a mistake, however, to treat as materially poor those who merely have lower incomes than others. For example, the average officially “poor” American has more living space than the average person living in Paris or London. Sixty-two percent of officially poor American homes have satellite or cable television and nearly 75 percent own an automobile. In the United States, what passes for poor certainly does not imply destitution.

Most important, we need to remember that the ends never justify the means, especially for the Christian. Good intentions are never enough to establish an action’s ethical validity. Scripture not only ordains ends we are called to pursue; it also guides us regarding the means that are acceptable to use in achieving those ends.

We should keep these principles in mind when considering Sojourners’ campaign. The campaign correctly notes that societal righteousness is not measured by GDP or military spending; also one of the good works demonstrated by righteous people is charity to the poor. This is all true.

Yet, a fundamental problem with Sojourners’ program is the assumption that what “we” do must be done by the state. It is a large and not logically necessary leap from “We are called to be charitable to the poor,” to “A righteous society will have an extensive welfare state.” Consider: 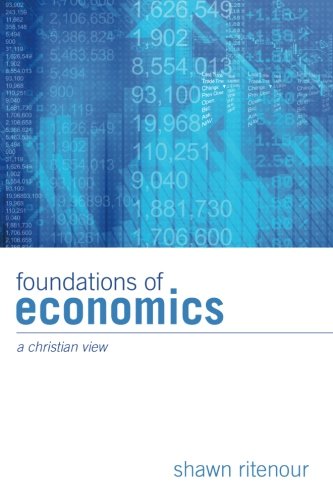 In the first place, it is not clear at all that the programs mentioned above have been proven effective. There is much literature documenting the ineffectiveness of foreign aid in producing sustainable development, which is the best way to reduce poverty in less developed nations.

Domestically, the link between welfare programs and personal development is so tenuous that even Bill Clinton thought that welfare reform was wise. Like it or not, institutional entitlement payments to the poor encourages idleness, one of the primary reasons that many households earn low incomes. Along with an absent father, one of the main reasons for impoverished children in this country is parents who do not work much. Subsidizing idleness through the federal budget is not going to solve this problem.

The message from Sojourners also errs by assuming that money spent on these projects is investment. In fact, the money spent resembles government consumption. Investment is the voluntary directing of saved income toward capital accumulation and the employment of that capital in its most productive use. Calling government spending “investment,” when that spending is funded by coercive taxation or monetary inflation, is doing violence to language.

For that matter, forcing taxpayers to pay for such programs, even if worthwhile, likewise does violence to the citizenry. It is a violation of the Christian ethic of property and, hence, cannot be accepted as a truly Christian approach to ministering to the poor. If Christ wishes us to adhere to the ethics He has revealed to us in Scripture, perhaps Jesus would want us to cut a lot more government spending than Sojourners assumes.

A better solution would be for the church to be the church. Local congregations should fully fund their diaconate and charge them with earnestly ministering to the needs of the poor as they become aware. The diaconate should be pro-active and eager to minister. However, they should be wise in their ministration, so as not to promote the very problems they seek to alleviate. More importantly, the church should preach the Gospel to everyone, making disciples of all people.

This two-pronged approach will minister to both the material poverty of the poor, and, more importantly, the spiritual poverty of those who do not know Him.

The Best of Shawn Ritenour

Shawn Ritenour teaches economics at Grove City College and is the author of Foundations of Economics: A Christian View.

Previous article by Shawn Ritenour: The Story of Foundations of Economics