The execution-style slaying of Osama bin Laden has been touted as a great success for United States intelligence operatives and also for the special operations soldiers, sailors, and airmen who executed the plan. But it also leaves one feeling a bit uneasy about where this is all going now that the world’s most wanted fugitive is dead. A retrospective look at the fifteen year manhunt mounted by the US government estimates that it cost something like $3 trillion to kill him. An effort is being made to confirm that bin Laden was still a very dangerous man, plotting with his associates and “coming up with ideas” about attacking transportation hubs in the US, but there is little to suggest that the aging terrorist was well positioned to mount any effective operations against anyone. As he relied on couriers to communicate his wishes he was not even able to send instructions or advice to his remaining associates in under a week, hardly qualifying him as a hands-on master of terror.

Most Americans have welcomed the death of bin Laden because the reality of his crimes against the American people would appear to be undeniable. That said, there has also been a certain level of unease becoming more evident in discussions of the assassination because an unarmed bin Laden was killed without any due process, a pattern of behavior that has been characteristic of both the George W. Bush and Barack Obama administrations. The White House clearly did not want to permit bin Laden to appear in a show trial, in which he would inevitably be the star and would have been able to make a powerful case against US policy. 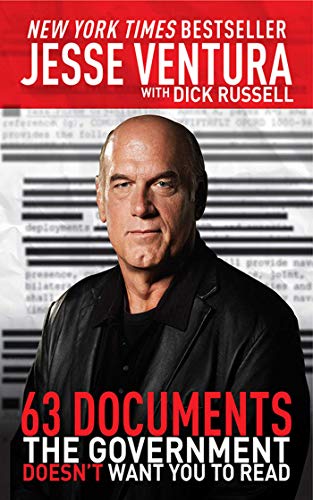 Many Americans also have begun to question the White House narrative about how and why bin Laden was killed, particularly as the story has changed a number of times. Indeed, the first accounts that he was resisting with an AK-47 in hand have now somewhat mellowed into a version that has him hiding in a bedroom with his son and his wife, where he and they were shot dead. As the president put it in his official statement on the end of the terrorist leader, “After a firefight, they killed Osama bin Laden.” The word “after” and its placement is significant as it implies that there was some shooting followed by a targeted assassination. The subsequent rapid disposal of the body at sea also will lead to more questions than answers and is already beginning to do so.

But what is particularly disquieting about the bin Laden story is how it is being used by some media commentators and politicians to support the reactionary war on terror policies of both George W. Bush and Barack Obama. In the press and on Capitol Hill there have been suggestions that the successful tracking of bin Laden came about because of torture, that the key information that led to his hideout in Pakistan was developed in a CIA secret prison. Demagogic politicians like congressman Peter King are extolling the virtues of enhanced interrogation and calling for more of it.

The fact is, however, that there is no evidence that the significant information that eventually led to bin Laden’s hideaway came through the harsh treatment of anyone. Senator Joe Lieberman and others who have become cheerleaders for the targeted killing are praising the war against terror and are calling on the administration to expand it to include more operations by delta soldiers and navy seals, but they have long favored a more aggressive policy overseas just about everywhere. They may be envisioning and hoping for more assassination operations to kill undesirable leaders in countries that are currently in turmoil, like Yemen and Syria. If that is so, they are opening a door that should remain closed for many good reasons including one in particular: if we start assassinating them they will start assassinating us.

Philip M. Giraldi, Ph.D. is a contributing editor to The American Conservative and executive director of the Council for the National Interest He is a former CIA counter-terrorism specialist and military intelligence officer who served 18 years overseas in Turkey, Italy, Germany, and Spain.

Killing for the Government Blowback: Why They Try to Bomb Us