We are approaching a decade of war in Afghanistan, and the war in Iraq is in its eighth year. Hundreds of thousands of Iraqis and thousands more Afghans and Pakistani civilians have been killed. Millions have been driven into squalid displacement and refugee camps. Thousands of our own soldiers and Marines have died or been crippled physically and psychologically. We sustain these wars, which have no real popular support, by borrowing trillions of dollars that can never be repaid, even as we close schools, states go into bankruptcy, social services are cut, our infrastructure crumbles, tens of millions of Americans are reduced to poverty, and real unemployment approaches 17 percent. Collective, suicidal inertia rolls us forward toward national insolvency and the collapse of empire. And we do not protest. The peace movement, despite the heroic efforts of a handful of groups such as Iraq Veterans Against the War, the Green Party and Code Pink, is dead. No one cares.

The roots of mass apathy are found in the profound divide between liberals, who are mostly white and well educated, and our disenfranchised working class, whose sons and daughters, because they cannot get decent jobs with benefits, have few options besides the military. Liberals, whose children are more often to be found in elite colleges than the Marine Corps, did not fight the North American Free Trade Agreement in 1994 and the dismantling of our manufacturing base. They did nothing when the Democrats gutted welfare two years later and stood by as our banks were turned over to Wall Street speculators. They signed on, by supporting the Clinton and Obama Democrats, for the corporate rape carried out in the name of globalization and endless war, and they ignored the plight of the poor. And for this reason the poor have little interest in the moral protestations of liberals. We have lost all credibility. We are justly hated for our tacit complicity in the corporate assault on workers and their families.

Our passivity has resulted, however, in much more than imperial adventurism and a permanent underclass. A slow-motion coup by a corporate state has cemented into place a neofeudalism in which there are only masters and serfs. And the process is one that cannot be reversed through the traditional mechanisms of electoral politics.

Last Thursday I traveled to Washington to join Rep. Dennis Kucinich for a public teach-in on the wars. Kucinich used the Capitol Hill event to denounce the new request by Barack Obama for an additional $33 billion for the war in Afghanistan. The Ohio Democrat has introduced H. Con Res. 248, with 16 co-sponsors, which would require the House of Representatives to debate whether to continue the Afghanistan war. Kucinich, to his credit, is the only member of Congress to publicly condemn the Obama administration’s authorization to assassinate Anwar al-Awlaki, a U.S. citizen and cleric living in Yemen, over alleged links to a failed Christmas airline bombing in Detroit. Kucinich also invited investigative journalist Jeremy Scahill, writer/activist David Swanson, retired Army Col. Ann Wright and Iraq war veteran Josh Stieber to the event. 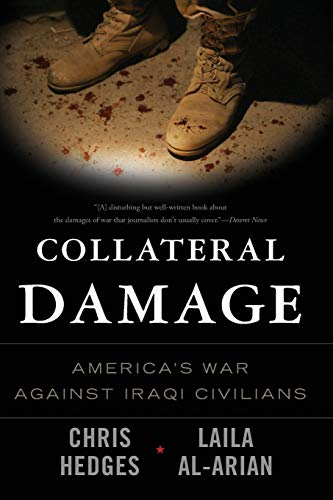 The gathering, held in the Rayburn Building, was a sober reminder of our insignificance. There were no other Congress members present, and only a smattering of young staff members attended. Most of the audience of about 70 were peace activists who, as is usual at such events, were joined by a motley collection of conspiracy theorists who believe 9/11 was an inside job or that former Sen. Paul Wellstone, who died in a plane crash, was assassinated. Scahill and Swanson provided a litany of disturbing statistics that illustrated how corporations control all systems of power. Corporations have effectively taken over our internal security and intelligence apparatus. They run our economy and manage our systems of communication. They own the two major political parties. They have built a private military. They loot the U.S. Treasury at will. And they have become unassailable. Those who decry the corporate coup are locked out of the national debate and become as marginalized as Kucinich.

“We don’t have any sort of communications system in the country,” said Swanson, who co-founded an anti-war coalition (AfterDowningStreet.org) and led an unsuccessful campaign to impeach George W. Bush and Dick Cheney. “We have a corporate media cartel that overlaps with the war industry. It has no interest in democracy. The Congress is bought and paid for. It is absolutely corrupted by money. We kick ourselves for not being active enough and imposing our demands, but the bar is set very high for us. We have to try very, very hard and make very, very big sacrifices if we are going to influence this Congress prior to getting the money out and getting a decent media system. Hypocritical Congress members talk about money all the time, how we have to be careful about money, except when it comes to war. It is hypocritical, but who is going to call them on that? Not their colleagues, not their funders, not the media, only us. We have to do that, but we don’t in large part because they switch parties every number of years and we are on one team or the other.”

Chris Hedges has been a war reporter for 19 years, most recently for the New York Times. He is author of What Every Person Should Know About War a book that offers a critical lesson in the dangerous realities of war. He’s also author of War is a Force that Gives Us Meaning. He writes a weekly column for TruthDig.

The Best of Chris Hedges