Perhaps no one was erased from American history more completely than Adriaen van der Donck. Van der Donck originally signed on to oversee the estate of Renssellaer in the Hudson Valley, established as a colony within the Dutch colony of New Netherlend. His qualifications: the young man had recently completed his studies in law at Leiden University, where Hugo Grotius led a legal revolution that inspired much of the international law that was to follow, merging Roman and Dutch law and using the preeminence of Dutch mariners to help make it universal in trade. With van der Donck at Leiden was Descartes, all part of the intellectual ferment and international openness that was the Dutch Golden Age.

As a lawyer, the first in the Dutch-settled area, he was accorded a high position and permitted to travel extensively and to negotiate with the local tribes, Mohawks and Mahicans. From him, in his book A Description of New Netherland (The Iroquoians and Their World) we have an unvarnished look at the relationships of early settlers and Indian tribes, neither the Romanticism of the noble savage of Rousseau or Karl Mey, nor the brutality of some of the contemporaries of van der Donck who preferred to see the natives as savages worthy only of murdering. Van der Donck’s friendship with the natives and exploration of the lands nearby convinced him of the need to publicize and settle this New World, and the need to restrain the dictatorial nature of its rulers.

For the "colony" in which van der Donck lived and worked was not founded by a country, but a company, the Dutch West India company. Their representatives established it as a trading post, to bring beaver pelts back to Europe (the beaver is to this day on the seal of the city of New York). Indeed, by the 1650s, New Amsterdam had become the central hub of trade along the eastern seaboard, a critical link between the tobacco growers of Virginia and their best market in the Netherlands. However, the colony was ruled arbitrarily by corporate officials with little regard for the settlers within their boundaries.

One of these officials, Willem Kieft, determined to launch a war of extermination against local Indians. Despite opposition from many of the settlers, he sent a party to Pavonia and there murdered about 100 men, women, and children. The Indians, thinking at first that they were under attack by other Indians, fled to New Netherland to seek refuge in the fort, and were shocked to find that their treaty partners were the source of their misery. Kieft’s actions launched a war that destroyed much of the work of the Dutch settlers to that time, with outlying farmsteads lain waste. Kieft himself refused to lead the raiding and warring parties, adding to the dismay of colonists.

Van der Donck, like others in the colony, was shocked and sought to have Kieft removed. Ever a wily politician, he ghost-wrote several letters to the Dutch Estates-General and West India Company, to which the names of others in the colony were signed. Kieft might have had to answer charges for his actions had he not drowned when the ship carrying him back to Amsterdam wrecked in the Bristol Channel.

Kieft was replaced, eventually, by Pieter Stuyvesant who had fought against Spain in the Caribbean. Stuyvesant took a liking to van der Donck initially for his knowledge of and negotiating abilities with the Indians. For services rendered to the colony, Stuyvesant eventually granted van der Donck land to the north of Manhattan Island on the mainland. Van der Donck was now a landowner, a Jonker, and he set about establishing a saw mill and the beginnings of a settlement that was "de Jonker’s," which became the modern city of Yonkers in New York.

But van der Donck continued to see the possibility in the colony, and recognized that without fair rules for the treatment of all that settlement and success were jeopardized. He agitated against Stuyvesant as he had against Kieft, only this time directly. He sought to establish a representative body to allow the settlers their own rules, and to enshrine certain legal rights as he had learned at the foot of Grotius. For his troubles, he won an appointment at the Estates General to make his case, that the Dutch government should take over the colony and establish therein the tolerance, openness to trade, and honest legal system that prevailed in the Netherlands. 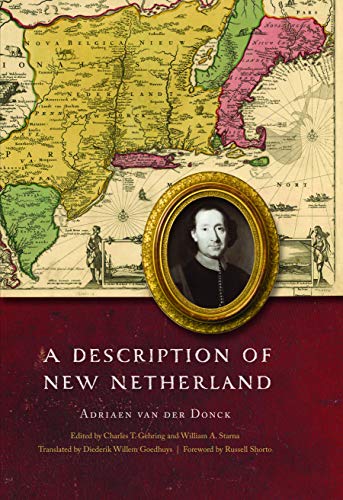 Through skilful politicking, he won his case utterly: the Dutch government agreed to his plan to make the colony a province, and to recall the military man Stuyvesant as governor. Just before he was set to sail as the head of a group to take control of the colony, however, the Anglo-Dutch war broke out; with changed conditions, undermining the military governor of the city was no longer a wise idea, and van der Donck was placed under a sort of house arrest, forbidden to leave the Netherlands and return to his adopted homeland (indeed, he was one of the first to use the term American to refer to the residents there).

He was finally permitted to return, on the condition that he have nothing to do with the governance of the place, and that he submit to the rule of Stuyvesant. He agreed to these terms, and set about "cultivating his own garden." In 1655, Stuyvesant launched an invasion of the colony of New Sweden, near modern-day Delaware, and conquered it. He did not understand Indians and loyalty the way van der Donck did; the local Indians took it upon themselves to wage a war against the Dutch on behalf of their allies, the Swedes.

A raiding party of these "foreign" Indians, not knowing van der Donck or speaking a language he understood, murdered him at his homestead in the fall of 1655. Stuyvesant had inadvertently caused the death of his former confidant and nemesis. Childless, van der Donck’s widow sold the land, and he disappeared completely.

In 1664, Stuyvesant had the chance to play the opposite role from his drama in New Sweden. The West India Company had failed to supply enough soldiers to defend New Netherland; Stuyvesant had not enough gunpowder in his fort to fire his cannons at the ships commanded by the man who was to become Governor Nicolls, the first English governor of New York. Stuyvesant nonetheless sought to fight, despite the opposition of the vast majority of the colonists; he was only persuaded to surrender on promise of respect for the traditions of the local colony, with only a change in ownership.

And here Stuyvesant played his hand admirably, or rather the hand once proposed by van der Donck. His negotiators with the British arranged for representative local government; in contrast to the intolerant Puritan New Englanders who would later rain their fury upon the South in the Civil War, he demanded freedom of conscience for worship; he negotiated that the colony should be able to freely trade with both Amsterdam and London, making New York the hub of trade with the great but declining Dutch Empire and the rising English one.

Nicolls accepted these demands; the openness to trade and outsiders, the respect for conscience, and the centrality of the harbor at the gateway to the continent made New York the economic dynamo of what was to become the United States. Dutch/Roman law merged here somewhat with English law, and Dutch suspicion of centralization would lead New York to cautiously accept the new Constitution, while leaving itself an escape route. Through New York, van der Donck’s ideas would greatly influence the spirit of liberty present at the founding of the United States; van der Donck would live to see none of it, nor even merit much mention. 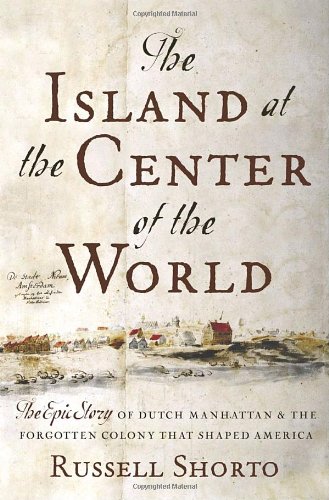 It is these thoughts that echo when reading Dr. Gary North’s recent article, When Death Precedes the Applause. As he wrote: "(o)ne of the most important documents in the history of Western civilization was Justinian’s Code. The Emperor Justinian in the early sixth century A.D. had his bureaucrats and lawyers compile the code of Roman law. This was the Corpus Juris Civilis. It became the foundation on Medieval civil law and church or canon law. [and, of course, Dutch law]." This corpus of law was inaccessible to English speakers until one man took it upon himself to translate it. "In 1920, an immigrant lawyer from Germany named Blume was living in Wyoming. He began his translation of the Code. That task took him the rest of his life: half a century. In the meantime, he served on the Wyoming State Supreme Court. He died in 1971 at the age of 96… he labored on a project that only one man had ever attempted, and that man had failed. There was no audience for the set, assuming that he ever completed the task. No university press was likely to publish it: no market." 39 years later, you can view his work here.

As North wrote, neither Mises nor Rothbard lived long enough to see the ultimate acceptance of their visions. Most importantly, however, they remained true to their ideas and wrote in the hopes that the eddies they introduced into the stream of ideas might someday become mighty torrents, just as van der Donck’s written pleadings wound up undergirding many of the freedoms we have come to hold dear in the United States. A little known translator by the name of Charles Gehring would spend most of his life translating the records of New Netherland in the New York State library, an effort that might have remained mostly obscure but for Russell Shorto; his Island at the Center of the World would bring van der Donck and all the long-dead Dutch vividly to the present day, and supply the background material for this article.

So when someone complains that actions, not writing, are necessary to change the world, recall Mises; recall Rothbard; recall van der Donck. You might never see the results, but ideas honestly expounded and forthrightly set down can change the world for the better.

The Best of Thomas Schmidt

Previous article by Thomas Schmidt: The Feds Will Kill the Roth IRA