The Census and History: It Is Not a Pretty Picture!

I have been discussing the unconstitutional nature and danger of modern census taking for several years. By attempting to expose through my writing the very invasive practice of the u201Ccensus,u201D and by educating others about the false reasoning for these government intrusions, my hope is that more and more people will contradict the accepted system by not complying with the census process. One can do this and still remain within constitutional bounds simply by refusing to give any information other than the number of people living in a particular home. This seems simple enough, but due to threats of fine or worse, and threats by the federal government to withhold tax redistributions from state, county and local communities, the populace at large continues to acquiesce to u201CStateu201D pressure.

As I alluded to above, I have published several articles [see my LRC archives] concerning the census. I talked about the regular decennial census, the American Community Survey, the Economic Census and more, and I have received hundreds of responses due to these essays. Many of those whose letters I received wanted to know how much if any information they should give, and if they chose not to comply, would they risk penalties or worse. In addition to the many questions I have been asked, I have also received many, many personal stories about the abusive conduct, threats and outright aggression displayed by census takers. Some of these stories were disturbing to say the least.

Today, I received a letter from a distraught woman who has been hounded for months due to a government survey of which I was unfamiliar. It is called the Survey of Income and Program Participation or SIPP. The basis or main objective of this u201Cmandatoryu201D government survey is u201Cto provide accurate and comprehensive information about the income and program participation of individuals and households in the United States, and about the principle determinates of income and participation. SIPP offers detailed information on cash and noncash income on a sub-annual basis. While I don’t believe in transfer payments (welfare), this survey affects many more than just those currently on the dole. If you think the regular census is invasive, wait until you hear about this one.

One huge difference in this survey is the time and multiple interviewing processes that are evident. It is a multi-panel survey that includes primarily adults in households in the United States, interviewed at least nine times at four-month intervals and followed over the life of the panel. These surveys last 2 to 4 years, and are conducted with the same sampling of people. Because of the very extensive and long-term nature of this ridiculous survey, it has the highest non-compliance problems. Of course, logic would dictate then, that it is the least effective as far as accuracy is concerned. But don’t fear, I’m sure the Department of Commerce will continue to plow more and more money into this survey so that they can continue to u201Cimprove the qualityu201D and u201Cefficiencyu201D of government programs.

In addition to all the different mandatory censuses and surveys that are ever present, the 2010 census is now also in full gear. Locally, as I’m sure is the case nationwide, census takers are aggressively attempting to gain as much information about everyone as they can. In addition to being mailed to recipients as is normal, many census packets are being hand-delivered to each household. The initial correspondence according to many I have talked to begins with threats of penalties for not completing the forms and ends with very inappropriate questions about one’s personal life and property. One of my neighbors told me that when the census taker arrived at his door, the first words out of his mouth were: u201CThis census is mandatory and required by law, and penalties apply if it is not filled out completely.u201D In my opinion and just as I suspected, the 2010 census has already become the most invasive and the most advertised in history; and it has only just begun!

If you watched the Super Bowl or any other major sports event recently, especially the Winter Olympics, you must realize that there has been an absolute blitz of ads concerning the u201Cimportanceu201D of the 2010 census. The Hollywood crowd is on board as well, and this pressure will not subside any time soon. All of you will receive your census packet in the mail or you will be blessed with a personal visit from your local census taker. The government-controlled main-stream media is certainly doing their part in promoting government intrusions into our private matters, as are area schools and local officials. Many are involved in this propaganda so the indoctrination goes on! 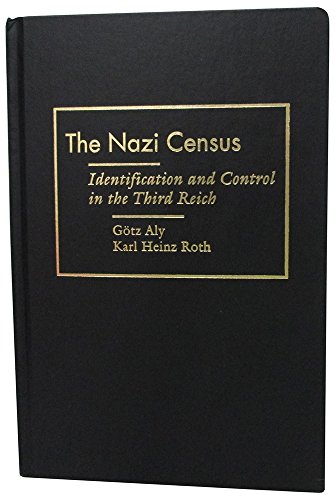 Lest we forget history, a reminder may be of value here. The census process is not new nor is it an American idea. It is certainly a product of government, and was used in ancient and medieval times. In fact, the world’s oldest extant census data comes from China during the Han Dynasty in 2 AD. Census taking has been used over time for many reasons, probably the most apparent being for the purpose of taxation. In fact, the most developed of the ancient censuses was that of the Roman Empire, and this accounting of people and property played a crucial role in Rome’s governance because it provided a register of citizens and their property from which their duties and privileges could be listed.

The most heinous use of the census process was that of the Nazi Census System. The Hitler regime, according to Gotz Aly and Karl Heinz Roth in their book The Nazi Census, developed the techniques the Nazis employed to track, gather information, and control populations. This was the initiation of the modern system of citizen registration, and was the pioneering impetus for both the concepts and the processes of modern statistics-gathering about populations. Counts began with the collection of data concerning Germans, but ended with the specific collection of information about Jews and other minorities. The results, as everyone now knows, were devastating! One has to wonder; does this knowledge of past census fact force one to question why one of the main functions of our own decennial census is to verify race and ethnicity?

The point I want to make is that data-collection by government about the citizenry is always dangerous. Future uses of this private information can never be known. Besides the fact that it is anti-liberty, it allows the state to monitor its citizens, and also sets the stage for an easier path for government to control the people. While the U.S. Census may seem harmless enough to the masses, it could eventually lead to disastrous results. Today we are not only being counted by government, but are having our private information gathered and data-based as well. Our phones are tapped, our emails are captured, our movements are watched, our financial records are monitored and warrantless search and seizure is common.

The writing is on the wall and it is clear: It says enough is enough!