33 Conspiracy Theories That Turned Out To Be True, What Every Person Should Know...

After reading the article released by Cracked.com, I decided to update and revise their sloppy work. Their article had only 7. I can name 33 and I am planning on releasing a revised list soon with up to 50. The article I was insulted to read by the lack of information can be viewed here, but don’t waste your time, all of that is in this article and more.

Most people can’t resist getting the details on the latest conspiracy theories, no matter how far-fetched they may seem. At the same time, many people quickly denounce any conspiracy theory as untrue … and sometimes as unpatriotic or just plain ridiculous. Lets not forget all of the thousands of conspiracies out of Wall Street like Bernie Madoff and many others to commit fraud and extortion, among many crimes of conspiracy. USA Today reports that over 75% of personal ads in the paper and on craigslist are married couples posing as single for a one night affair. When someone knocks on your door to sell you a set of knives or phone cards, anything for that matter, do they have a profit motive? What is conspiracy other than just a scary way of saying “alternative agenda”? When 2 friends go to a bar and begin to plan their wingman approach on 2 girls they see at the bar, how often are they planning on lying to those girls? “I own a small business and am in town for a short while. Oh yeah, you look beautiful.”

Conspiracy theory is a term that originally was a neutral descriptor for any claim of civil, criminal or political conspiracy. However, it has come almost exclusively to refer to any fringe theory which explains a historical or current event as the result of a secret plot by conspirators of almost superhuman power and cunning. To conspire means "to join in a secret agreement to do an unlawful or wrongful act or to use such means to accomplish a lawful end." The term "conspiracy theory" is frequently used by scholars and in popular culture to identify secret military, banking, or political actions aimed at stealing power, money, or freedom, from "the people".

To many, conspiracy theories are just human nature. Not all people in this world are honest, hard working and forthcoming about their intentions. Certainly we can all agree on this. So how did the term “conspiracy theory” get grouped in with fiction, fantasy and folklore? Maybe that’s a conspiracy, just kidding. Or am I?

Skeptics are important in achieving an objective view of reality; however, skepticism is not the same as reinforcing the official storyline. In fact, a conspiracy theory can be argued as an alternative to the official or “mainstream” story of events. Therefore, when skeptics attempt to ridicule a conspiracy theory by using the official story as a means of proving the conspiracy wrong, in effect, they are just reinforcing the original “mainstream” view of history, and actually not being skeptical. This is not skeptism, it is just a convenient way for the establishment view of things to be seen as the correct version, all the time, every time. In fact, it is common for "hit pieces" or "debunking articles" to pick extremely fringe and not very populated conspiracy theories. This in turn makes all conspiracies on a subject matter look crazy. Skeptics magazine and Popular Mechanics, among many others, did this with 9/11. They referred to less than 10% of the many different conspiracy theories about 9/11 and picked the less popular ones; in fact, they picked the fringe, highly improbable points that only a few people make. This was used as the "final investigation" for looking into the conspiracy theories. Convenient, huh? 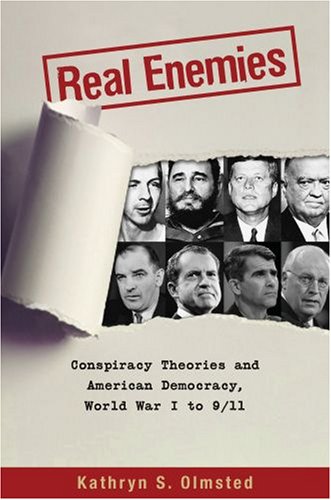 In fact, if one were to look into conspiracy theories, they will largely find that thinking about a conspiracy is associated with lunacy and paranoia. Some websites suggest it as an illness. It is also not surprising to see so many people on the internet writing about conspiracy theories in a condescending tone, usually with the words "kool-aid," "crack pot," or "nut job" in their articulation. This must be obvious to anyone that emotionally writing about such serious matter insults the reader more than the conspiracy theorist because there is no need to resort to this kind of behavior. It is employed often with an "expert" who will say something along the lines of, "for these conspiracies to be true, you would need hundreds if not thousands of people to be involved. It’s just not conceivable."

I find it extremely odd that the assumption is on thousands of participants in a conspiracy. I, for one, find it hard to believe any conspiracy involving more than a handful of people but the fact remains that there have been conspiracies in our world, proven and not made up, that involved many hundreds of people. It’s not a matter of opinion, it’s a matter of fact.

One more thing to consider: have you noticed that if the conspiracy is involving powerful interests with the ability to bribe, threaten or manipulate major institutions (like the mafia, big corporations or government) then don’t you find it odd when people use one of those as the "credible" counter-argument? What I mean is, if you are discussing a conspiracy about the mafia, and someone hands you a debunking article that was written by the mafia, it doesn’t seem like it would take rocket science to look at that with serious criticism and credibility. This is the case with many conspiracies. In fact, I am handed debunking pieces all the time written in many cases by the conspirators in question. Doesn’t this seem odd to anybody else but me?

While intelligent cynicism certainly can be healthy, though, some of the greatest discoveries of all time were initially received (often with great vitriol) as blasphemous conspiracy theories – think of the revelation that the earth was not the center of the universe, or that the world was not flat but actually round.

What follows are some of these most shocking modern conspiracy theories that turned out true after thorough investigation by our society. Some through congressional hearings, others through investigative journalism. Many of these, however, were just admitted to by those involved. These are just 33 of them, and I still had a long list of others to add. There are a total of 33 in this article. Many of these are listed with original and credible news clips on the matter, as well as documentaries.

1. The Dreyfus Affair: In the late 1800s in France, Jewish artillery officer Alfred Dreyfus was wrongfully convicted of treason based on false government documents, and sentenced to life in prison. The French government did attempt to cover this up, but Dreyfus was eventually pardoned after the affair was made public (an act that is credited to writer Émile Zola).

2. The Mafia: This secret crime society was virtually unknown until the 1960s, when member Joe Valachi first revealed the society’s secrets to law enforcement officials. What was known was that organized crime existed, but not that the extent of their control included working with the CIA, politicians and the biggest businesses in the world.

3. MK-ULTRA: In the 1950s to the 1970s, the CIA ran a mind-control project aimed at finding a "truth serum" to use on communist spies. Test subjects were given LSD and other drugs, often without consent, and some were tortured. At least one man, civilian biochemist Frank Olson, who was working for the government, died as a result of the experiments. The project was finally exposed after investigations by the Rockefeller Commission.

A short video about MK-ULTRA from a documentary called Secrets of the CIA:

Frosty, Frigid Global Warming Record cold has hit the US for the winter of 2009/2010 – we shall attempt to look at a possible reason for this to happen Burning Love Affair With Elvis 75 Years After His Birth