America the Betrayed Walt Whitman: 'Poet of the People'

Previously by Richard C. Cook: The End of Money and the Future ofCivilization

If you want to get an idea of what America once was like, read the poems of Walt Whitman. Whitman was born on Long Island in 1819 and grew up in Brooklyn, N.Y. His family was poor, but even though he left school at the age of 11 he gave himself an education by reading and working in the printing shop of a newspaper until he gradually became a published writer. He worked as a teacher and news reporter and owned his own newspaper by the age of 20.

In 1848 Whitman was a delegate to the founding convention of the Free Soil Party. During the Civil War he worked as a nurse in Union military hospitals and held several government jobs, including interviewing Confederate prisoners for pardons. Some of his greatest poems came from his war experiences, including his famous elegy upon the assassination of President Abraham Lincoln, “Oh Captain! My Captain!” His great collection of poems, Leaves of Grass, was self-published. He died a national hero in 1892 in Camden, New Jersey, where thousands of people came to pay their respects.

Whitman has always been viewed as a poet of the people, in contrast to the pretentious dandies from academia who have controlled official American culture for much of our history. He wrote of workmen, farmers, sailors, soldiers, lovers, criminals, and prostitutes.

In the text of the first edition of Leaves of Grass, he wrote of himself as, “Walt Whitman, an American, one of the roughs, a kosmos, disorderly, fleshly, and sensual, no sentimentalist, no stander above men or women or apart from them, no more modest than immodest.” He had discovered a great secret, one that is known to everyone who is young at heart: that the free individual, always potentially a “kosmos,” stands at a much higher level in the scale of creation than any man-made collective. 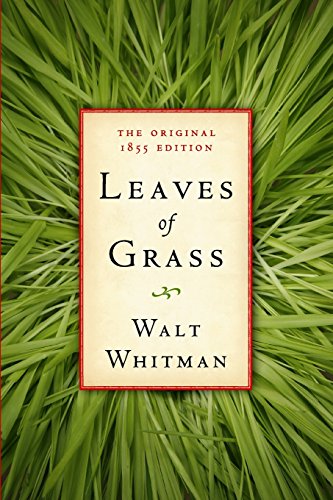 Thus was Whitman a hero to the Beatniks of the 1950s who tried to rediscover an authentic American voice in the streets and on the roads and highways of this great land. The spirit of Whitman was surely present through the rebellion of the 1960s, when America’s young men and women rose up and fought the Establishment to stop the Vietnam War and bring civil rights to racial minorities.

The Establishment fought back with a vengeance and, through the most egregious betrayal in history, reduced the world’s greatest industrial democracy to the pathetic shadow of its former self we are today.

The first thing the Establishment did was destroy the industrial job base by shipping millions of good jobs to China and other Third World nations, where slave laborers could be forced to churn out consumer products at a fraction of the cost of similar work done by American workers.

Acting through the CIA and organized crime, the Establishment flooded the cities and college campuses with illegal drugs in order to rot the minds and souls of our youth.

They dumbed down education to the point where young people who graduate today know little and can do less of a practical nature. Vocational training is dead. A high school graduate is worth virtually nothing in the job market, and many college graduates are semi-literate and self-absorbed, often lacking backbone, skills, or initiative. Some high school and college graduates are even drug addicts or alcoholics.

They turned the economy over to thieves from Wall Street and created a military machine that turns youth into murderers and assassins whose job it is to conquer the world for the fat cats of global capital.

They ruined the arts, literature, and music through crass commercialization, making it almost impossible for any real original creativity to be produced or communicated. The one bright light in this darkness is the internet, which is being threatened by commercial suppression of freedom of expression by the ambitions of big communications companies. Thank goodness too for the rare creative genius like Michael Moore who has the courage to hold up a mirror to this deeply diseased society.

Then they wrecked people’s health with processed food and constant inducements to a sedentary lifestyle while pumping us full of dangerous vaccines and prescription drugs. They drummed it into everyone’s head that we are basically weak, ill, helpless creatures who can only survive by taking pills and making constant trips to doctors, hospitals, and clinics.

They induced us to fight over our possessions and freedoms in law courts with the aid of greedy lawyers in front of rapacious judges who have built up the largest prison population in the world.

They pulled money and credit out of the inner cities and rural areas leaving those segments of the nation and their populations to rot.

The list could go on and on and on.

Today we are in the midst of not just a recession but a terminal depression. Getting the banks to lend again so people can buy homes at what are still over-inflated prices or so they might compete with immigrants to get construction jobs through building of more useless office buildings or military bases is not a recovery. The “greening of America” is a myth. There is no resurgence of alternative energy investment or new public infrastructure apart from a few highway projects.

American family farming is practically dead and is under a new assault from speculators who are undercutting prices and forcing foreclosures. The local manufacturing sector never came back after the calamitous decline produced by the Paul Volcker recession of 1979–1983, when interest rates were deliberately raised to over 20 percent to kill off family-owned businesses so that global corporations could step in and take over. Since then we had the “Reagan Revolution” when the banks took over the economy, the Clinton dot.com bubble of the 1990s which crashed in 2000, and the George W. Bush/Alan Greenspan housing bubble which blew up in 2008. Now Main Street lies shattered and shuttered as a result of the crimes and treacheries of the last 30 years. 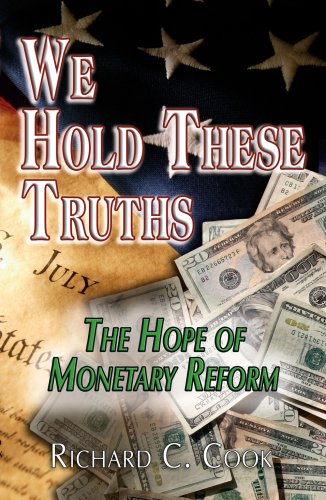 True, there is a rebellion brewing, including a monetary reform movement that has attacked the power of the Federal Reserve, as well as a few progressive voices that call for a much larger economic “stimulus” than the Obama administration has seen fit to implement.

But is there any practical plan on the part of either political party or organized movement to restore America to what it once was – a place where ordinary people could live, work, learn, and flourish? The answer is a resounding “No.” Not a chance. And “Change You Can Believe In” hasn’t changed a thing. All it has done has been to produce another financial bubble, this time using huge amounts of public debt through the sale of U.S. Treasury bonds. Business is not growing and jobs are not coming back. The only thing that has gone up has been the meeting of military recruitment quotas.

This latest bubble will fail too, because money created through lending to float the prices of assets is not wealth. Rather wealth consists of goods and services produced by labor applied to natural resources. Those who provide the labor must be recompensed fairly.

So what is to be done? The answer is that nothing can or will be done, if by that you mean whether a political savior is going to come along to rescue our nation and its people from destruction.

In fact, what they are planning is to continue to throttle and enslave us with a predatory financial establishment and a military policy that is preparing the groundwork for World War III. The war will be fought with American troops against Russia and China, after which China will take over as the world’s policeman while this country disappears from the face of the earth. It’s the ultimate plan of the New World Order, the ones American politicians, financiers, military leaders, and academics bow down to.

It is time for each and every individual who values his or her own life along with the creative potential of the human spirit to begin to work with others to create a new nation and world. The government isn’t going to do it for us. Please believe me. This is not a system that can be reformed. It is a system that must be replaced. And it must be replaced by the ordinary working men and women who have been crushed, used, and abused during the past ugly half-century.

Americans, get to work. Call your friends and family together today and begin to figure out what to do. Start with 15 minutes of prayer and meditation. You will be shown the way from within yourselves. My own view is that setting up local currency systems, as many communities are now doing, is a good place to start.

Richard C. Cook is a former federal analyst who writes on public policy issues. His latest book is We Hold These Truths: The Hope of Monetary Reform. Visit his website.

The Best of Richard C. Cook

Previous article by Richard C. Cook: The End of Money and the Future of Civilization

Ft. Hood MysteriesModern Day Protectionism How copyright has turned the record labels, software writers and film studios against their own customers