The facts as presented by the Army and the media reference the shooting at Fort Hood just don’t compute. While I routinely dismiss any "facts" disseminated by the Army and the state’s propaganda wing, sometimes referred to as the mainstream media (MSM), there are some glaring inconsistencies in what has been reported about this tragedy.

First is the report the perpetrator was dead and then hours later the revelation that he was still alive. Exactly how long does it take to determine if a person is dead or alive? Could it be no one knew whom the shooter or shooters were and a story had to be concocted for public consumption? What happened to the two other "suspects" that were detained? What did they do to qualify as suspects and more importantly, what information surfaced that led to their release? One of the suspects reportedly stated he "was with the shooter."

Second is the number of victims from a single shooter. Let us not forget this shooting did not occur at the mall, it occurred on a military installation where the victims had been trained in military tactics and some were combat veterans. We are to believe they did nothing to stop a single shooter and he was allowed to reload several times and continue shooting and the only thing that stopped him was the arrival of a police officer after the gunman had gunned down over 40 people?

And how so very convenient for the state, a perpetrator who was both anti-war and a Muslim; just doesn’t get any better than that. Could this be an example of following the philosophy of Rahm Emanuel on dealing with a crisis? 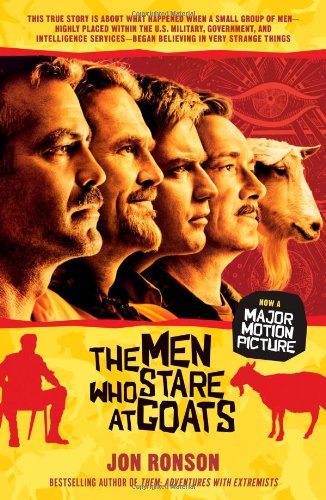 Third was the shutting down of communications in and around Ft. Hood for hours. While the Army and the media will explain this in various scenarios, it also provided the Army with a chance to create whatever story it was they wanted to provide the public on the terrible tragedy. Of course we all know the Army would never distort or lie about the facts involving the deaths of innocents. Well, there is that My Lai thing. People on the ground have told me cell phone towers were jammed to prevent unauthorized dissemination of information after the shooting. Again, the Army would not want any information contrary to the company line emerging from this disaster.

All too convenient for the Army was the rapid release of negative information related to the alleged shooter. It was said he received a negative evaluation report and that he had caused "red flags" to be raised some months ago concerning emails. Do we know anything this detailed about the "suspects" who were released? The caveat was added that it was unclear as to whether the suspect was the author of those emails. So, months ago, alarms were raised about emails the suspect might have sent, yet, in all those months the Army has been unable to determine who wrote them. Yeah, right. If red flags were in fact raised months ago, why did the Army do nothing? Going back to the 9/11 paradigm, we see the same evidence exhibited: the state had prior warnings but did not act on them. This proves unequivocally the government is either incompetent or complicit in both events. Yet, the state would have us all unarmed and depending on them for protection.

President Obama pledged, "to get answers to every single question about this event" but he also promised an end to signing statements, a transparent government, no more torture of detainees, and many more lies.

There has been speculation on the Internet that the shooting could have been a revolt against the Army from soldiers faced with stop-loss and multiple combat tours to Iraq and Afghanistan. While there is no evidence to support this theory, there is also no evidence to support the official Army version of events. Suicides among military personnel and veterans are at alarming levels, yet the Department of Defense does more to hide these facts than it does to deal with them.

The last thing the state can let happen is an awakening by its enforcement arm (military and LE) that they are nothing but tools of oppression and in fact, slaves to the monster they serve. While the military is trained and encouraged to kill and bomb in the name of the state, they are forbidden the means of protection for themselves and their loved ones once they are outside the killing zones designated by the state.

All is not normal inside the military community. This is not just seen in our military, instruments of oppression in other countries are revolting as well.

While it is doubtful we will ever learn the truth of exactly what happened at Fort Hood, we know with a degree of certainty the truth will never be revealed by the Army or the media. Could this have been a false flag event to divert the attention of the American public from the debates and planned demonstrations against the health care fiasco? Could it have simply been another MK Ultra event to further demonize the anti-war element in this country and to lay another crime at the feet of the current villain du jour: Muslims? Could there be a connection between this alleged shooter and his fellow Virginia Tech shooter Seung Hui Cho, other than an oblique reference to Cho having a Muslim influence?

One must always ask this question when faced with a story that is issued and controlled by the State: Cui Bono? Wonderful, is it not, the state is empowered with the unique ability to investigate its own lies and the power of the media and academia to demonize any who would question its veracity, and the support of Boobus, whose livelihood depends on the state’s power to redistribute the wealth of the nation from producers to parasites.

A Designed Bioweapon? America the Betrayed Walt Whitman: 'Poet of the People'