The Science Cartel vs. Immanuel Velikovsky

In 1950, Immanuel Velikovsky culminated decades of research with a book titled Worlds in Collision that “proposes that many myths and traditions of ancient peoples and cultures are based on actual events.” His approach was interdisciplinary, a rarity in the 20th century, taking into account astronomy, physics, chemistry, psychology, ancient history, and comparative mythology.

He noted, for example, that Venus, the second brightest object in the night sky, was not mentioned by the earliest astronomers. He proposed that the planet was a newcomer to our solar system, a comet, appearing in historical times with an irregular orbit that caused catastrophic events on our own planet.

Coming in close contact with the Earth, the latter’s rotation altered, making it appear that The Sun had stood still, a phenomenon reported on in the Book of Josue. What has come to be known as Joshua’s Long Day is corroborated by the texts of the ancient Chinese, Japanese, Egyptians, Babylonians, and Mayans; the East Asians reporting a extremely long sunset, the Mexicans reporting an extremely long sunrise.

Immanuel Velikovsky was too eminent a scholar to be dismissed outright as a kook, and he counted some respected people among his friends. (See The Einstein-Velikovsky Correspondence). Nevertheless, his Catastrophism was rejected outright by a scientific establishment that couldn’t stomach an interdisciplinary challenge to its dogmatic Uniformitarianism, even after Velikovsky’s predictions about the temperature of Venus and radio activity from Jupiter were proven true.

Stephen Jay Gould summed up mainstream scientific opinion, saying, “Velikovsky is neither crank nor charlatan — although to state my opinion and to quote one of my colleagues, he is at least gloriously wrong … Velikovsky would rebuild the science of celestial mechanics to save the literal accuracy of ancient legends.” Velikovsky would counter that “the ancient traditions are our best guide to the appearance and arrangement of the earliest remembered solar system, not some fancy computer’s retrocalculations based upon current understanding of astronomical principles.” 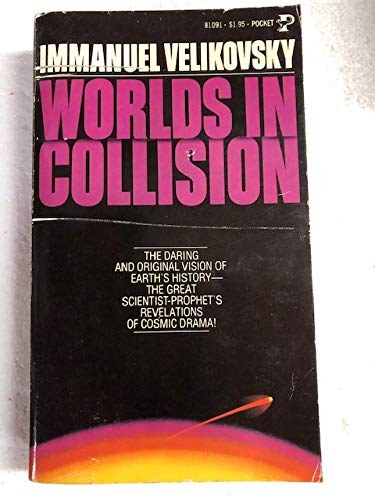 While recognized as “neither crank nor charlatan,” Velikovsky and his ideas were denied a hearing in what same to be known as the “Velikovsky Affair.”

Australian philosopher David Stove, took up the Velikovskian cause in a 1972 essay — "The Velikovsky story: the scientific mafia." He begins, “The story of Velikovsky’s theory, its reception, and its subsequent confirmations, constitutes one of the most fascinating chapters in the entire history of thought; and it is one which is still unfolding.”

While acknowledging the book’s “enormous appeal to what I call the ‘anti-fluoride belt’ in modern societies,” he says “the books convinced me of two things: that a thesis of extraterrestrial catastrophes in historical times is at least a distinctly live option; and that in historical times Venus has done- something peculiar, at any rate.”

Prof. Stove notes the book “became the target of nearly universal abuse and derision” and “[t]he professional scientists’ campaign against Worlds in Collision began well before the book appeared” and resulted in, among other things, its author being “rigorously excluded from access to learned journals for his replies,” “the sacking of the Senior Editor of Macmillan responsible for accepting the Velikovsky manuscript,” “the sacking of the director of the famous Hayden Planetarium in New York, because he proposed to take Velikovsky seriously enough to mount a display about the theory,” and “Macmillan finally cav[ing] in, and prevailed on Velikovsky to let them transfer their best-selling property to a competitor, Doubleday, which, as it has no textbook division, is not susceptible to professorial blackmail.”

Prof. Stove also “mention[s] some of the more startling pieces of evidence that have come to light since Velikovsky published.” It was he who gave “altogether novel importance to electrical and magnetic forces in the solar system” and who “said that the earth must have a magnetosphere much stronger, and extending much further into space, than anyone else believed possible.” He also “predict[ed] that Jupiter would be found to be a radio source, long before the astonished radio-astronomers found it so.” Most interesting was what he said about the second planet:

According to Velikovsky, there were all over the world, as folklore alleges, rains of burning pitch. This, among other things, led him to assert in 1950 that the clouds of Venus must be very rich in petroleum gas. All contemporary knowledge of the chemistry of the planet’s clouds was flatly against it. Yet it has turned out to be so. If you think this is a bit creepy, you have heard nothing yet.

According to Velikovsky in 1950, Venus must still be very hot, because of the circumstances of its recent birth and subsequent career. The astronomers had long “known” that it was cool, and as late as 1959 accepted estimates of its temperature, such as 59 degrees centigrade, were still being revised slightly downward. Yet it has turned out that the planet has a surface temperature around 800 degrees Fahrenheit.

This would be hard enough to reconcile with any “uniformitarian” theory which requires a common origin for all the planets. But worse was to come. For Mariner II put it beyond doubt that the rotation of Venus is retrograde — that is, while it revolves in the same direction as that in which all the other planets both revolve and rotate, it rotates in the contrary sense! No doubt ad hoc amendments will be tried, to fit this fact into conventional theories of the origin of the planets (just as desperate ad hoc amendments to a “greenhouse” theory are still being made to account for the temperature); but this one will test their ingenuity, that is certain. 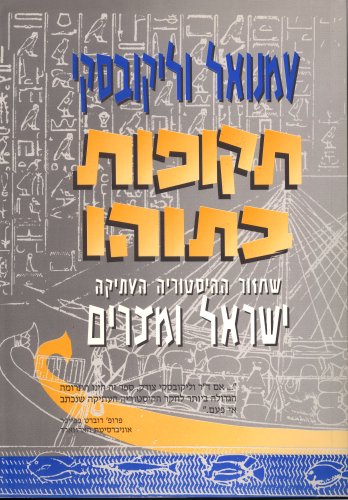 Prof. Stove offers an observation “quite independent of the question whether Velikovsky’s theory is true,” suggesting that “it is on professional science itself that the case throws the most revealing light.” He says, “The great Italian probability-theorist, de Finetti, speaking in 1964 about Velikovsky’s case, compared the scientific complex to a ‘despotic and irresponsible Mafia.'”

Say what you will of Velikovskian cosmology, more scientists themselves are questioning whether it is right to dismiss outright celestial events as described in ancient texts, as this article suggests — The Odyssey astronomically accurate? And exciting news just today that the largest planet of our solar system “snared a passing comet in the middle of the last century, eventually releasing it 12 years later,” rings a Velikovskian bell — Jupiter had temporary moon for 12 years.

Whatever conclusions one may come to on this matter, it raises interesting questions about the tyrannical conformity of thought that plagues not only the scientific but also the economic and political spheres as well. Are not proponents of the Austrian School of Economics similarly marginalized by the academic cartel, as are advocates the traditional United States non-interventionism by the political cartel? Alternative medicine‘s long history of suppression by the American Medical Association is also a parallel.

The thoughts of Frank Furedi, who recently suggested that “deference to traditional authority has given way to the reverence of expertise,” come to mind — Specialist pleading. The author noted, “Unlike traditional authority, which touched on every dimension of the human experience, the authority of the expert was confined to that which could be exercised through reason.”

Fascinating as the cosmological speculations detailed above are, they are far less convincing than the economic and political ideas mentioned in the last paragraphs. It is nothing less than scandalous that these are denied a hearing.

Don't Let Them Vaccinate Your ChildrenGold Is Money