American culture has been plagued by the so-called female handshake for far too long. There are scores of articles available on the web about good handshaking technique. So why is it that nearly every woman I meet feels compelled to present me with a cold, limp, contorted hand? Every man in this country has been in the awkward situation, strangely grasping a woman's unnaturally posed fingertips. Why do so many women not know how to properly execute this standard greeting?

Part of the problem seems to be that no one ever takes the time to teach young girls how to properly shake hands. Though every little boy is repeatedly coached in this time-honored greeting, from the little league sports team to meeting daddy's friends to greeting fellow parishioners at church, boys are expected to shake hands with proficiency. So why is it that the vast majority of American women have never been shown by anyone the proper way to greet their fellow citizens? There is clearly a gender gap in handshake education and it's high time the gap be closed. Women could be told how to shake hands with one simple sentence: Shake hands like a gentleman. Unfortunately, there are a fair number of men out there who, like their fairer counterparts, don't know how to properly shake. The unisex handshake, a vital life skill, is easily learned with a few good guidelines and minimal practice.

First, the unisex handshake should be firm but not bone crushing. There is a rather unfortunate tendency for women to offer over a completely lifeless appendage, perhaps out of fear of seeming too "butch" or pushy. Likewise, men often feel the need to prove that their hands are stronger than those of Greek demigods. Both are equally unappealing to the poor soul forced to accept. A good handshake is the greeting of equals and should never demonstrate submissiveness or assert dominance. 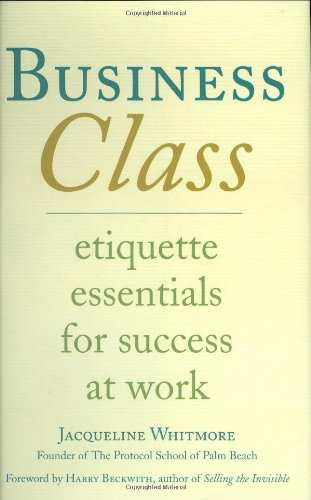 Second, it is called a handshake, not a finger shake, not a wrist shake, a handshake. Never grab the other person's fingers and proceed to shake away like an overzealous rube. Similarly, don't go so far up past the hand that you have them by the wrist, violently shaking their joints loose. A proper handshake entails the meeting of the respective "webbed" areas between the "L" formed by the thumb and forefinger. This demonstrates possession of at least a modicum of coordination skills.

Next, you are not there to hold hands or do chiropractic work on your new acquaintance. Everyone has encountered the guy or gal who grasps others' hand like a rigid and lifeless store manikin. Or worse, the person who rapidly forces the arm up and down more times than a rollercoaster at an amusement park. The optimal length of shaking is two pumps, no more, no less. You don't want to seem uninterested or inflexible, or convey over eagerness or pushiness.

The fourth rule for good handshaking: pre-chilling is for white wine, not hands. No one wants to grasp a cold, wet, clammy hand. How is this avoided? Never hold a chilled drink in the right hand … simple enough yet often overlooked. If the room temperature is making your hand cold, try finding a warm mug of tea or coffee that can be held in the right hand to keep it warm. Vampire-themed shows and movies may be big hits but no one wants to shake their cold, lifeless hand.

The final step to executing the proper handshake is to look the other person in the eye, not the hand, when meeting them. Sometimes, people get so focused on the hand that they forget to make eye contact their new acquaintance. Eye contact is absolutely critical; it is a very important aspect of nonverbal communication.

The best handshake is the gentlemanly handshake, which could also be described as the unisex handshake. Shaking is a skill that even dogs can master; there is no reason why humans, of both sexes, cannot. With unemployment at a 26-year high and millions vying for the few openings available, the simple handshake can set a candidate apart.

The Best of Briggs Armstrong

Previous article by Briggs Armstrong: Cook to Save Money