The Commons: What Tragedy?

"For the 2006 elections, the Department of Defense launched a Web-based voting system for overseas military personnel and American expatriates. The system cost more than $830,000; 63 people used it to vote."

I recently came across a website whereupon a liberal blogger, who evidently was of some formal training since he noted that he was a Ph.D., attempted to attack several economic misunderstandings he believed libertarians have. A portion of his treatise focused upon what he called, "The Fallacy of the Commons." I admit that I was initially very interested in reading his views. (I've heard it said that any interaction with a critic — assuming it is respectful and bidirectional — can benefit everyone's understanding. In retrospect, I'm not so sure — but I digress!)

I figured reading his prose would help me understand, via simple economic logic, what remains in dispute between the ostensible left and libertarians. Given that I'm a former-liberal libertarian, I figure that most liberals are interested in the same things that I was back in my staunch bleeding heart days: Success and happiness for everyone. Any substantive attack of a specific libertarian paradigm should reflect that goal. Simultaneously, and hopefully, any such attack should also reflect logic and reason.

It Helps If One Understands the Market

While I'm willing to assume that the author had good intentions, I found several errors of both logic and basic economics in his piece. Given that even people touted to actually be economists, such as William Stanley Jevons, can draw fallacious conclusions, this is no real surprise. (Some people can be almost completely clueless and still win a Nobel Prize in economics — but again, I digress.) Maybe an analysis of one of the examples used by the blogger noted above — fishing for profit — will prove instructive.

Let us assume that a specific variety of fish generates the most profit. As one might expect, an industry grows up around harvesting this fish for sale. After sufficient time, so goes the theory, depletion of the species occurs due to the pursuit of profit by fishermen. In response to this depletion, fishermen add more boats to their fleets in order to continue to obtain these fish for sale. As an inevitable result (again from the theory), more boats increase fish scarcity — which drives up the price, prompting even more fishing. So concludes the blogger: The market sends a signal exactly opposite to that required to preserve the resource.

I admit that the errors with this logic are not necessarily obvious, even after reading it and hearing it cited several times. What are those errors? The most glaring mistake is that the price mechanism in this example only affects one side of the transaction. This is incorrect for several reasons, but it is effective if one wants to present a skewed and negative view of the market.

First of all, simultaneously with the fishermen realizing that more fish = more profit, the buyers of fish — who are vital to the trade of fish — will also react to the higher prices. The prices will be higher due to either increased demand and/or lowered supply, one of which must happen if depletion is really occurring. In fact, the marginal value of the last few fish might be so high as to preclude the trade of those resources, if the market proceeds without "help" from some well-meaning externality. At some point, even though more fish could generate more profit if they were caught and sold, there would be no buyers (or substantially fewer buyers) at the resultant price point — thus, continuing to sell fish would be the wrong course of action for any vendor to take.

Secondly, the cost of supplying more fish — the cost of production — is not constant. Each additional boat does not have the same cost or the same output as each previous boat. (The daily cost of production varies within each boat, as fish movement patterns, weather, and simple chance effect the day-to-day likelihood of catching fish.) If adding new locations always generates the same profit or even more profit as each previous location, why do businesses ever stop expanding? Examples of businesses failing due to expanding too quickly are plentiful.

Finally, all of these signals are being sent asynchronously — that is, the increased profit for supplying fish in some cases will occur simultaneously with decreased demand for fish whose price is beginning to increase due to decreased supply in other cases. The supply, the demand, and the resulting price points are not static as an equation-based approach to economics might suggest. Catching and serving fish to the folks near the supply will be much cheaper than storing and shipping the fish to distant places. Because of this stratification of supply and demand, even the signals received by local fisherman won't necessarily lead to automatic over-fishing and depletion. The market sends not only the appropriate signal but also the appropriate range of signals versus the singular false signal asserted by the blogger. 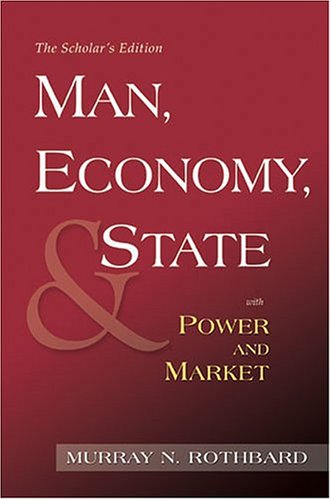 What Is the Goal of Preserving the Resource?

One might also debate the use of the term "needed" in the ultimate conclusion proposed by our blogger. Why do these specific fish need to be preserved? Who gets to decide? How do they know? Who should pay because of it? Why? These are not so much economic questions, but moral ones. To have one group impose answers to these questions upon another group requires that the former group has unquestionable moral authority over the latter. This singular authority cannot be established, as the argument from morality informs.

Further, what makes a resource scarce? Isn't the fact that the supply is limited a necessary component of any scarce resource? This scarcity is, in fact, what makes the resource valuable. The term "preserve" hints at our blogger's real goal: He wants the scarce resource to exist at some equilibrium usage point whereby it is used for satisfaction while simultaneously not dipping below some supposed over-use point. How is this over-use point deduced a priori?

Which allocation of the resource is proper and who gets to decide? The allocation of truly scarce resources cannot be effectively accomplished by central planning, as has been effectively communicated time and again by thinkers such as Mises, among others. Without the feedback of true market prices, and the risk of using one's own money, any attempt to preserve a resource will result in guesses at best and unexpected (negative) outcomes at worst. In other words, someone will end up spending $830,000 on a system that gets used by 63 people.

The fallacies that drive such assertions as those by this blogger — and many of the actions of Congress and most recently, President Barack — are insidious. Consider the case of a natural disaster and the resultant need for generators. If the price of generators is allowed to rise uncontrolled in response to new demand, it is almost certain to reach a point high enough that the last few will sit in the store unsold, but they will be available. That is, the generators will not sell out. Further, at that resultant price point, suppliers will be falling all over themselves trying to find more! Conversely, if the price is held low, say with anti-price-gouging laws, it is inevitable that every generator for miles will sell out. The student of Austrian economics knows that none will show up to replace them. (If generators could be supplied at the lower price, there wouldn't be a shortage!)

Consider the example of labor: If wages are allowed to ebb and flow with demand for certain skill levels, everyone who wants a job will get it, since the only two people equipped to judge what the job is worth vis-à-vis the need for income will be allowed to interact directly. Conversely, if a price control — commonly known as a minimum wage in case of labor — is imposed, there will automatically be people unemployable at the wage, as well as jobs that cannot be offered at an appropriately low wage. Those jobs will remain undone as will those people remain unemployed.

If the level of fishing is controlled with the supposed goal of keeping the supply of fish from being depleted, the opposite result of what is intended will likely occur. Instead of eventually responding to the increasing marginal costs of supplying fish that are more and more scarce and deciding to do something different, prospective fisherman will be driven to keep fishing. This is because the marginal cost of acquiring the fish for sale never reaches the point that would exceed the marginal profit of selling the next fish. As Hayek illustrated long ago, the use of knowledge generates exactly the appropriate response, without the impossible task of centrally planning for any of it.

One other point before I leave this fish tale to rot. The blogger also assumes that the fishermen are too dumb to realize that their "Golden Goose" could eventually be in danger. Instead of modifying their behavior — fishing at a specific agreed-to, dare I say, voluntary rate (beginning to farm the fish, etc). — they just power ahead, blindly pursuing profit. Why is it that people like this blogger almost always assume that they, or someone they pick, are smarter than everyone else?

If only that were true.