Nixon and Exchanging Dollars for Gold

The month of August 1971 is significant in that this is the month when Richard Nixon told the world, "Kiss my Fat American Butt (FAB), world, because although we Americans promised to maintain the purchasing power of the dollar against which all other currencies can maintain their value, too, we lied when we said that we would exchange gold for dollars to insure that we did what we said we would! Hahaha!

"So, from now on, no exchanging dollars for gold for you either! Hahaha! You believed us when we guaranteed our promise about the value of the dollar in terms of gold, and then let us keep the gold at our house? Hahaha! Morons! So just come and try to get it, chumps!"

The problem was that the government was being bankrupted by maintaining the foolish Leftist stupidities of Johnson’s "Great Society" and the sheer stupidity of the Vietnam war (among other governmental stupidities), and lots of dollars were being created by the Federal Reserve and multiplied by technology increasing the velocity of money through the banking system, resulting in a lot of inflation and a lot of dollars piling up overseas.

Fortunately, it was France making all the noise, and real Americans — who hate the French for their snotty attitudes — were smart enough to be alarmed, since the French knew that the buying power of the dollars that they held — and would be getting in the future — would all be losing valuable purchasing power. Naturally, they wanted to exercise their option to exchange the dollars for gold!

This was okay for a while, but pretty soon there was a torrent of gold leaving the country, causing Nixon to reveal just what kind of country does this kind of lowlife deal breaking.

Then Nixon said, "No more exchanging stupid paper dollars for real gold!" The reason Nixon was forced to act like a lying, thieving little creep is partly because he WAS a lying, thieving little creep, but mostly because he mirrored America perfectly since Congress allowed it, nobody at the Federal Reserve was hung, imprisoned or even received a stern lecture, and there were no street riots at the sheer shame of it all.

This is not about how I am glad that Roy Rogers and Hopalong Cassidy are dead so that they would not see the kind of embarrassing, black-hat, bad-boy bunch of dad-burn, sidewinding, backstabbing, ornery, polecat bushwhackers we have become, but to show you how good the French were in predicting the fall in the value of the dollar.

And for that we only have to look at the essay titled "The Day the Dollar Died — and the Day Gold was Reborn" by Bill Downey of technicalcommoditytrader.com, who has researched a handy comparison between then and now. 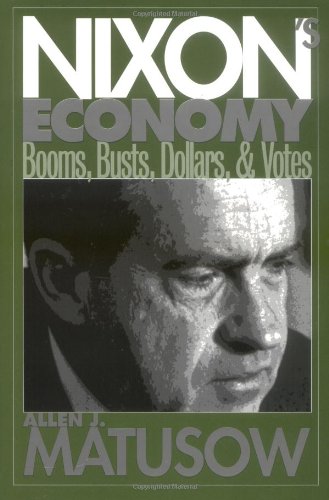 Naturally, I am looking over this little chart with some puzzlement, and I am thinking to myself, "It seems that there should be a message in there somewhere, but what?"

Fortunately, before I could think about it some more, and wonder some more about what the "message" was, and then get a headache from all the thinking and the frustrations of failure, and then decide to go out for a drink to clear my head, or maybe take an afternoon off to play a round of golf, both of which get me in trouble with my boss, Mr. Downey reveals it as, "Conclusion: If your money is dollars, you live in an inflationary world. If your money is denominated in gold, you live in a deflationary world."

Previous article by Richard Daughty: Get Out Your Golden Umbrella

Hiroshima Day: America Has Been Asleep at the Wheel for 64 Years The Tyranny of State Weight Control