Half a century after his media advance-work helping install a Stalinist regime in Cuba the legendary Don Hewitt of CBS still seemed proud of his work as a Castro media auxiliary. During that interim, over 20,000 Cubans were murdered by firing squad and beaten or starved to death in forced labor camps. Another 70—80 thousand were ripped apart by sharks or drowned in the Florida straits (attempting to flee a nation that previously took in more immigrants per-capita than the U.S.)

If Mr. Hewitt had uttered a single word of remorse regarding this bloodbath, I’d find him easier to praise than to bury.

Shortly after Herbert Matthews of the New York Times made Fidel Castro an international pop star on the front page of the (at the time) world’s most important newspaper, CBS horned in on the act. The February 1957 NYT’s headline article proclaimed that, "Fidel Castro has strong ideas of liberty, democracy, social justice, the need to restore Cuba’s Constitution….this amounts to a new deal for Cuba, radical, democratic and therefore anti-Communist.”

Castro was by no means unappreciative but it was, after all, 1957. So the New York Times’ own Walter Duranty’s approach (print media) for celebrating Stalin 25 years earlier wouldn’t cut it for this new-generation Stalin. Indeed, at the time, Cuba (that piteously backward little pesthole the New York Times described in their article) had practically the most TV’s per capita in the world (surpassed only by Monaco, the US, Canada, and the United Kingdom.) Fidel Castro (much like Don Hewitt) perceived the power of that medium before most others. So he wanted his mug and message on the screen — and plenty pronto! 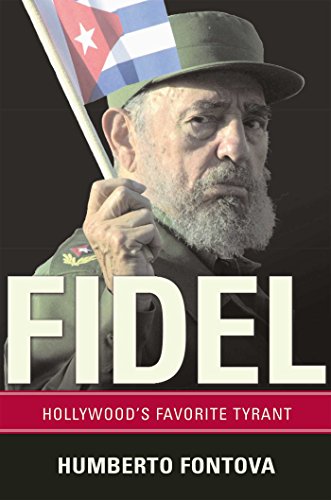 Enter CBS. Two months after enabling Matthews visit to Castro, the same Castro agents planted in New York (2 years later all would frantically flee from Cuba back to the US just ahead of Castro firing squads) contacted CBS, who quickly dispatched their ace anchorman, Robert Taber, and a camera crew to Castro’s camp in Cuba’s Sierra Maestra mountains.

In fact, as any "gallant crusader for the truth" (Columbia School of Journalism’s term for its students) can "uncover" with one Google search, the trips by the US media throng to Castro’s "secret" camp were actually arranged by the US ambassador to Cuba with Batista’s own help! During Congressional hearings, US ambassador to Cuba, Arthur Gardner, testified to this under oath.

At one point in 1958, in order to accommodate the media multitudes, Castro’s camp actually had a big, bright sign reading: PRESS HUT. By that time reporters (male and female, young and decrepit) from Look to Life to Boy’s Life had all made the terrifying trek to obtain an interview with the Cuban George Washington/Robin Hood/St. Thomas Aquinas/Davy Crockett.

After his death-defying odyssey to Castro’s camp, CBS’ Robert Taber (later a founding member of the Fair Play for Cuba Committee) emerged with a long reel and tape of Castro lies that his editor/producer, Don Hewitt, fashioned into a 30 minute CBS/Castro snow-job titled Rebels of the Sierra Maestra: The Story of Cuba’s Jungle Fighters, that ran on May 19, 1957. Fully half of the "report" consisted of Fidel Castro facing the camera and monologuing into the mic. The liberties, rights and blessings Castro planned for Cuba’s people, as transmitted by CBS, made John Stuart Mill appear like Ivan the Terrible. Regarding Castro’s heartwarming and eye-misting plans for Cuba — nary a rebuttal was to be heard on this blockbuster CBS "investigative report." 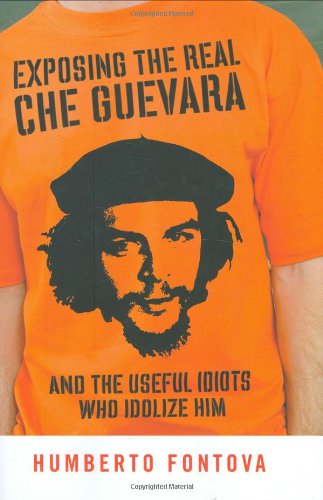 Two years later while Castro’s firing-squads murdered hundreds of Cubans per week, Don Hewitt was again on duty. This time he was producer of Edward Murrow’s CBS show "See it Now," which on February 6, 1959 featured an interview with Fidel Castro. By this time Castro had abolished habeas corpus, filled Cuba’s jails with ten times the number of political prisoners as under Batista, and was murdering hundreds of Cubans by firing squad without due process.

But ah! Now he’d be up against the valiant and intrepid pundit/interrogator who, employing his deadly verbal jabs, hooks and uppercuts, had KO’d that arch-villain Joe McCarthy! Better be on your toes, Mr. Castro!

“That’s a very cute puppy, Fidelito!” Murrow tells Fidel’s son, who skips merrily on camera at their “home” in the Havana Hilton and plops on the lap of his loving and pajama-clad Papa. For the record, Castro had no “home” to speak of at the time. He slept in a different place almost every night, wore army fatigues instead of pajamas, and had never provided for his son.

Every night during the week that Murrow interviewed him, Fidel, Raul and Che repaired to their respective stolen mansions and met with Soviet GRU agents to button down the complete Stalinization of Cuba. More significantly, that Feb. of 1959, Murrow was fresh from a harangue to the Radio and Television News Directors Association of America, where he blasted television for “being used to delude and insulate us.”

Previous article by Humberto Fontova: According to CNN

Why Are We Still Talking to Economists?What Libertarianism Is