After Democrats won control of Congress in 2006, they sent a word to firms and associations which lobbied Congress that they needed to do two things. First, these organizations needed to start sending campaign contributions to Democrats instead of Republicans, and, second, they had to hire Democratic lobbyists. Any organization that failed to follow those two simple rules would find itself shut out of any discussions regarding upcoming bills, which was a nice and clear threat that Congress would loot them or even try to destroy them altogether.

I mention this because there were no "We’re shocked, SHOCKED" editorials in the New York Times or Washington Post. Common Cause, which is trying to continue the old Progressive canard of "good government," did not file suits or issue press releases. Most important, no federal prosecutors filed criminal charges against Nancy Pelosi, Harry Reid, or Charles Schumer, accusing them of "depriving the citizens of the United States of honest government."

Lest anyone think I am being partisan, don’t forget that when the Republicans controlled the Congress, they let companies and lobbying firms know that there were certain rules to follow, to whom the financial contributions must go, and who would benefit. Granted, the New York Times and Washington Post were "shocked, SHOCKED" over that set of facts, although it seems that even the Post decided recently to get into the "pay to play" act, too.

The simple fact that governments control the game when it comes to property rights, regulation, and taxation means that politicians always will hold a Sword of Damocles over the heads of productive people, and they generally wield that sword viciously. When President Barack Obama recently chided African heads of government for "skimming 20 percent from the top" of business investment, in their countries, most people I know were stunned. I mean, when was the last time government in the USA took anything close to as small an amount as 20 percent? Would be that government took only 20 percent, given the present realities of the rapacious state. 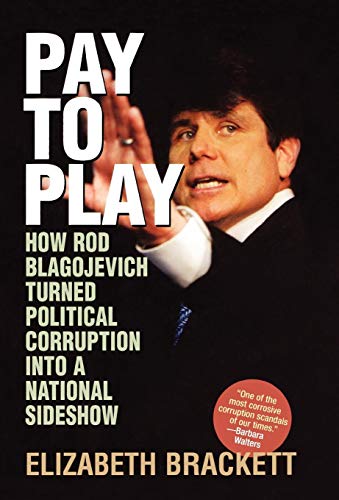 I use this long introduction to point out that as long as politicians are properly connected, then they can engage in government as usual without being molested by federal prosecutors. However, should one fall from favor or one is too successful for the mass of Salieris that inhabit the bowels of government, then one is easily targeted. As Lavrentiy Beria, Stalin’s head of security, once stated, "Show me the man, and I will find you the crime," which seems to be the motto of the United States Department of Justice.

U.S. Attorney Patrick J. Fitzgerald, who last provided political theater in the Scooter Libby case, claiming that he did not know who leaked Valerie Plame’s name to the press when, in fact, he did, is in the news again with the indictment of former Illinois Governor Rod Blagojevich. (It is OK for federal prosecutors to openly make false statements, but if you are not a U.S. attorney, I would advise you not to try this at home.)

Appealing to the "good government" goo-goos in the press and elsewhere, Fitzgerald first released portions of secretly taped conversations of the governor in action, claiming that Blagojevich did things of which Abraham Lincoln would have been ashamed. Thus, Fitzgerald proved he was utterly ignorant of Lincoln’s record both as a legislator and as President of the United States. It is one thing, however, to be ignorant of history, as that is a common disease among government officials and their media allies; it is quite another to demonstrate ignorance of law itself, especially if one has the power to secure indictments and put people on trial. It seems that Fitzgerald’s dishonesty is not limited to his public statements, but also to the indictments that he gains against others. Let me explain.

The case against Blagojevich and five other people (including Blago’s brother, Robert), centers around the nebulous and confusing charge of "honest services fraud." According to federal law, people are entitled to "honest" services from someone, but it is up to the government to define what such a term means.

For example, when Jack Abramoff was a lobbyist, his efforts saved his Indian clients billions of dollars as he was able to head off Congressional schemes to tax the casinos owned by his clients. His record of success is clear, yet federal prosecutors forced him to plead guilty to “bilking” his clients of millions in fees, despite the fact that his fees were negotiated in the open and he did nothing that other lobbyists (including the lobbyists now favored by the Democrats) don’t do every day.

Thus, Fitzgerald can claim with a straight face that Blagojevich "and a circle of his closest aides and advisors allegedly engaged in a wide-ranging scheme to deprive the people of Illinois of honest government." Furthermore, Fitzgerald and his staff redefine terms like "extortion."

For example, when Blagojevich was governor, he was in negotiations with the Tribune Company, which owns the Chicago Cubs and its famous Wrigley Field, to provide state aid for the firm, which was experiencing financial difficulties. However, the editorial staff was very critical of Blago and often lambasted him on both the news and editorial pages of the Chicago Tribune, and the then-governor demanded that the editorial board be replaced before he sign off on sending aid to the company.

Now, this certainly does not make Blago look like a nice guy, but it hardly makes him an extortionist. First, and most important, extortion as it has been historically defined is the act of unlawfully obtaining "money, property, or services" from other individuals or organizations through coercion (according to Wikipedia). Second, it is interesting how many favored groups are permitted to threaten lawsuits against someone unless that person or the organization pay up. (Environmental groups are well-known for this, yet Congress has legalized it for certain favored constituencies.) 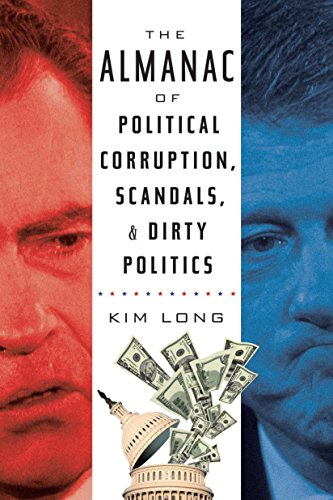 I can find no instance in which Blago was threatening harm or demanding money or even services via coercion. Instead, he, the government of Illinois, and the Tribune Company were "conspiring" to take money from taxpayers and give it to a media company that had made some bad business moves. Note that the "aid" was not illegal, but Blago’s "threat" was criminalized. This is not extortion by any stretch of the imagination, and if one were to apply the same standard to members of Congress and even the President of the United States, one would have to construct a new set of prisons to hold the new inmates.

Of course, Fitzgerald, by charging Blago and the others under the "racketeering" statutes, is demanding huge amounts of property and financial forfeiture before trial. This is done in order to make it very difficult for the defendants to pay for competent legal representation, and it clearly goes against every sense of legal decency that used to be part of the "justice" system before prosecutors were able to completely control the process.

There is more in Fitzgerald’s faux indictment. Witness the following passage:

While this sounds onerous, it describes absolutely nothing, at least when one looks at criminal activity from an historical perspective. The secretly-taped telephone calls found Blago telling someone that if a person wanted the U.S. Senate seat, he or she would have to come up with future financial favors for the governor and his family. Now, the "good-government" types want us to believe that the mechanism of government is pristine by nature and that people like Blago and those who "peddle influence" ruin it.

Right. First, in Blago’s defense, the guy was talking big, which is not unusual when it comes to elected officials. Second, nothing specific was laid out, no plans, no nothing. The guy simply was talking.

Third, when we see "crimes" like "wire fraud" and "mail fraud" thrown about, please remember that these are not real "crimes" but simply are the acts of mailing a letter or making a telephone call. The "fraud" statutes do not exist to protect individuals; they exist solely to provide prosecutors with leverage in pursuing criminal indictments. That is because if a person is found guilty of one charge, then the other charges automatically kick in, so there can be multiple crimes that are derived from the same act. That is why Candice E. Jackson and I have referred to them as "derivative crimes" in many of our articles.

I add that while these charges fall into the category of what the noted attorney Harvey Silverglate has called "giant garbage pails," they do carry real-live penalties that could put these people into prison for many years. Furthermore, given that Blago’s brother, Robert, had a long career in business and was well-regarded before taking a temporary job to head up Blago’s campaign fund, I doubt that the man (or any of the others) were involved in any "wide-ranging conspiracies" to do anything except get Blago elected, which generally are what political campaigns are geared to do.

I now turn to the behavior of Fitzgerald himself. Prosecutors and other "officers of the court" are supposed to refrain from making public statements that demonize defendants, make judgments about their guilt, or attack other officers of the court. Michael B. Nifong, the infamous prosecutor in the Duke Lacrosse Case, was disbarred by the North Carolina State Bar in part because he made a number of inflammatory remarks against the lacrosse players prior to obtaining indictments. (The Bar also found him guilty of withholding evidence and lying to the court, which is one of the few times in U.S. History that a prosecutor has paid any price at all for breaking the law.)

Not only did Fitzgerald make inflammatory statements, but he also selectively released material that clearly made Blago look bad. (Notice that U.S. attorneys don’t release information or transcripts of their "negotiations" with defense attorneys when it comes to making plea deals, nor do they ever release any transcripts of conversations they have among themselves. This probably is smart, given the sorry record of lies that is fundamental to the federal "justice" system, something exposed more than a decade ago by journalist Bill Moushey. Notice that no U.S. attorney ever has been charged with "honest services fraud," which is too bad, given that it is rare that people receive any honest services at all from federal prosecutors.) According to the law, once Fitzgerald had openly declared Blago to be a criminal suspect, he had 30 days in which to secure an indictment. One would think that with this supposed "criminal" behavior that he had "exposed," it would not be difficult getting a grand jury to hand down indictments, but that was not the case.

No, even after making inflammatory public statements and releasing selected information to the media, Patrick J. Fitzgerald had to scrape and scrape to find anything worthy of "indictment." It is instructive that he decided to unleash the horrible RICO statutes and to reach into the muck of "honest services fraud" to make his case.

Now, I would like to say that the outright fraudulence of these charges would be clearly seen by juries and judges, but think again. Federal juries regularly convict people of nonsense charges and judges sign off on abominations every day. Federal criminal courts are little more than the playthings for U.S. attorneys, who I would say are pretty much in the same category as the "prosecutors" who worked for Stalin in his "show trial" heyday. Perhaps we should not be surprised that federal criminal law has much more in common with the old Soviet "law" and its "crimes of analogy" than anything this country received in its English heritage.