An Open Letter to Sarah Palin

In the wake of your decision last week to step down from the governor’s chair in Alaska, I must admit to feeling somewhat relieved. Despite the regular hatefest aimed at you from the New York Times and the Huffington Post for the past year, you were standing gamely, as there really was a constituency out there that liked and respected you.

Even though David Letterman thought you were an idiot, you wowed the crowds last year, giving some life to the moribund John McCain campaign, which before your appearance was playing to a few hundred diehards at the regular stops. Now, I cannot exactly praise you for accepting McCain’s nomination, given that McCain is a person for which no good deed goes unpunished.

You were a breath of fresh air to the political scene, dominated by women who have had their shares of facelifts or catty writers like Maureen Dowd who in saner times at best would have been writing obits for a small-town weekly in Iowa. Unfortunately, the modern political times are not conducive to decent people entering the political ring; look at the abuse that Ron Paul has received (and continues to receive) at the hands of the media and other Republicans.

(If Paul ever becomes a real electoral threat to his party, look for every ethics investigation, not to mention an attempt by U.S. attorneys to frame him. Being that federal criminal law is little more than a tool for politicians to eliminate their competition, I believe that if Ron’s ideas every truly catch on, the government will come after him with all guns blazing.)

In my letter to you, I am going to advise you to do something that would be unthinkable in modern politics: leave the political arena altogether. The United States no longer is salvageable, and no politician — not even Ron Paul — can save this country. The original American Experiment in limited government with constitutional boundaries is over, and has been over for many years. Like you, the Constitution could not survive the assaults that were thrown at it beginning in the early years of the Republic and continuing on to the present day.

Moreover, as John Fund so aptly noted in his recent article, the political classes have so many weapons to use against anyone who threatens them that one person cannot bust through the system. From ethics complaints to federal prosecutors looking for a Big Scalp, it is impossible today for anyone who might be seen as going against the grain.

Now, I am not saying that you were another Ron Paul. You never have articulated the kind of understanding of economics and politics that we have seen from him, and you were the running mate of a man who made sure that any public support of Paul shown at the Republican National Convention last year would be mercilessly stamped out. You seem to have some good instincts, but you don’t have the same solid compass that Paul and others of free-market orientation have, and the semi-conservative populism that you seem to have embraced easily morphs into outright tyranny. Moreover, your support for the disastrous U.S. interventions abroad demonstrates a lack of understanding of just what these wars are doing to us.

To a certain extent, I don’t blame you for accepting John McCain’s offer to run on his ticket. It was an opportunity that was hard to turn down, and I understand that it is hard to say no in such a situation. Nevertheless, you were on the ticket with one of the most despicable persons living in the Beltway, and Beltway standards of evil tend to be much greater than they are in Flyover Country, so a normal politician in the Beltway would look to be one step beyond Beelzebub in Alaska.

After you received the nomination for Veep last year, I wrote that you exposed the Beltway mentality. This was not necessarily praise for you, but rather I was making the point that the dream world of D.C. is not going to accept a woman who actually worked for a living doing something other than writing nasty prose about others.

You still are exposing the Beltway. For all of the bleeding heart "we love disabled people" lies that we hear from people there, the attacks on your Downs Syndrome child were unbelievable, even by the Beltway standards. The Huffington Post recently had a short-lived attack on little Trig that was so hateful that even it could not stay up very long, and the Huffington Post is a receptacle of some of the nastiest stuff in print.

For all of its supposed "compassion," disabled people in the Beltway are supposed to be seen and not heard. They are useful props for legislative initiatives, but little else, and most Beltway types would demand an abortion as soon as it was found out that the child to be born would have Downs. When one’s mentality is based on the politicization of all of life, then a human being who did not fit with the Beltway definition of being human (that is, being left-wing and politically-connected) thus has no right to live. 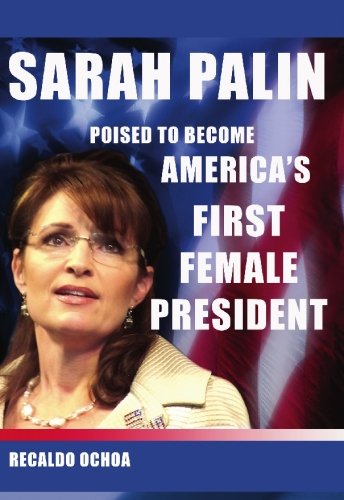 Furthermore, you never will be accepted in the Beltway. While the Democratic attacks on you were vile and nasty, they were just a small step below what the Republican attacks have been. As I said before, McCain is not the Great Man of Honor that is his public persona, and the ever-despicable Newt Gingrich is making a comeback so that he can be The Man in the Republican Party. You are not in the plans of the Republican hierarchy and never will, no matter how popular you might be with the rank-and-file.

My advice to you, then, is to leave the Republicans altogether. If you want to do something useful, rejoin Todd’s efforts for Alaskan independence. Right now, Alaska is little more than a theoretical playground for Beltway elites. Environmentalists have tied up most of the state, turning it into a giant national park and would love to run all of you out of the place so that no human being except for members of Congress and the Sierra Club would be permitted to step upon the Sacred Soil of Seward’s Icebox.

Lest you think you have a future with the Republicans, all you have to do is to read the recent hit piece in Vanity Fair in which many of the sources were Republican political operatives. Was the piece full of false information? Sure, but what else would you expect from Beltway Republicans? (I do find it interesting that the children of Beltway politicians are off-limits, but it was open season on your kids, further exposing the naked evil that is the defining characteristic of that clique.)

After it became obvious that the economic meltdown was going to doom his campaign, McCain decided that you were the reason he was losing. McCain never blames himself; I lived in South Carolina when he had his primary Waterloo in 2000 and can tell you that his strategy for winning votes in that state — talking down to everyone — was a disaster.

Let me give you an example. John McCain claimed that it was those "intolerant bigots" at Bob Jones University that doomed his "Straight Talk Express" candidacy. It is true that a faculty member there sent a "black baby" email that was nasty and downright wrong. However, the vast majority of people in the state were not aware of it and it played no real role in how people voted.

McCain made a big deal out of not speaking at BJU because of its "bigotry." However, just two days before the primary vote, he was the featured speaker at the morning Sunday school and worship services at Hampton Park Baptist Church, which is known in Greenville as "the Bob Jones Church." Furthermore, McCain’s own South Carolina campaign director was a BJU grad and a member of the church I attended, and he told me personally that McCain was aware of who went to Hampton Park.

I asked him if McCain ever mentioned the "bigotry" lines to his de facto BJU audience, and he replied that he had not. However, after George W. Bush whipped him two days later, suddenly the Religious Right was the Great Enemy of Freedom. So, it seems that McCain was for BJU before he was against it, when the people there no longer were politically useful.

I’m including this tidbit because McCain has done the same thing to you. When it was apparent that his own bumbling in "suspending" his campaign so that he could rush to Washington and vote for a disastrous and ill-conceived bailout of the spendthrifts on Wall Street had killed his credibility, he decided that you, YOU were at fault.

From there, we saw the $150,000 clothing story, the "Palin’s gone rogue" leaks, and his ultimate refusal to let you speak at his concession. By then, you had figured out that McCain and his dirty family were some of the more despicable people you had known, but, unlike McCain and his dirty family, you did not defame the candidate. By then, you had discovered that the man has an unquenchable ego that Napoleon could not have matched, and that his "Country First" slogan really was "McCain First."

Given that people like McCain, Gingrich, and the Neocons (emphasis upon "cons") are leading the GOP, they are not going to let you into the club. If you ever start making serious inroads into the party, you can bet that a dozen hit pieces on you in the usual places, fed by leaks from people like Gingrich and others, will suddenly appear. It was not just the Democrats that were behind the blizzard of ethics charges that hit you after you returned to Alaska, and you can bet that people like Gingrich will tell Maureen Dowd that you absconded with half of the state’s treasury and other such nonsense. So, my recommendation is that you abandon the mainstream Republicans, as they will reject you just as surely as the Democratic women did.

If you wish to remain with the Republicans instead of going out on your own, I would recommend you follow a similar strategy to Ron Paul. He remains a Republican, at least in name, but he successfully fights guerilla warfare. Although he is being seen as a Man of Integrity by people not of the Beltway, the party leaders have been unrelenting in their attacks on him, yet he remains strong and politically viable, at least in his home district (despite the best efforts of the Beltway establishment to defeat him).

In fact, if you want to stay in the political limelight, I would strongly recommend that you get to know Ron Paul and listen to people like him, Mark Thornton, and others associated with the Mises Institute. Granted, none of them will lay the groundwork for you to become President of the United States, and that is a fate you and your family won’t have to endure.

Previous article by William L. Anderson: Towards a Soviet America