News for Sale (with apologies to Cole Porter's "Love for Sale")

The fliers, circulated by the paper’s parent company, offering an “intimate and exclusive Washington Post Salon, an off-the-record dinner and discussion at the home of CEO and Publisher Katharine Weymouth.” The fliers, which said participants would be charged $25,000 to sponsor a single salon and $250,000 to underwrite an annual series of 11 sessions, were reported this morning by Politico.

When the only sound on the empty street Is the heavy tread of the heavy feet That belongs to a lonesome lobbyist, I open shop.

The moon so long has been gazing down On the wayward ways of a journalist clown My smile becomes a smirk. I go to work.

Who will buy Who would like to sample my supply Who’s prepared to pay the price For juicy news that’s not so nice News for sale. 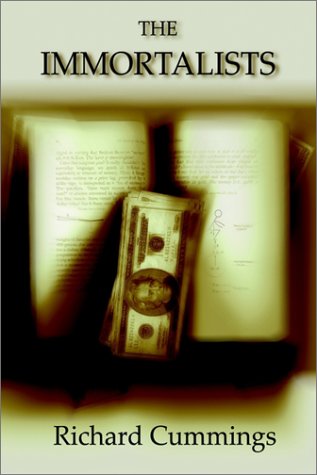 Richard Cummings [send him mail] taught international law at the Haile Selassie I University and before that, was Attorney-Advisor with the Office of General Counsel of the Near East South Asia region of U.S.A.I.D, where he was responsible for the legal work pertaining to the aid program in Israel, Jordan, Pakistan and Afghanistan. He is the author of a new novel, The Immortalists, as well as The Pied Piper — Allard K. Lowenstein and the Liberal Dream, and the comedy, Soccer Moms From Hell. He holds a Ph.D. in Social and Political Sciences from Cambridge University and is a member of the Association of Former Intelligence Officers. He is writing a new book, The Road To Baghdad — The Money Trail Behind The War In Iraq. He is a contributing editor for The American Conservative.

Another Evil of the Federal Reserve Mr. President, Tear Down That Embargo