Reagan Did What? The Fantasies of Paul Krugman

Ronald Reagan has been dead for several years, but Paul Krugman continues to chase his ghost. In his “Reagan Did It” column, Krugman claims that until Reagan was elected, the U.S. financial system was in great shape and that government-created cartels in finance, communications, and transportation had enabled us to have a wonderful “equal-benefits-for-all” economy.

The only problem, of course, is that Krugman is making this up, but he has been engaged in fantasy for so long that I think he has come to believe his mutually-exclusive statements. To show what I mean, look first at what he claims:

We weren’t always a nation of big debts and low savings: in the 1970s Americans saved almost 10 percent of their income, slightly more than in the 1960s. It was only after the Reagan deregulation that thrift gradually disappeared from the American way of life, culminating in the near-zero savings rate that prevailed on the eve of the great crisis. Household debt was only 60 percent of income when Reagan took office, about the same as it was during the Kennedy administration. By 2007 it was up to 119 percent.

You have to remember that this is the same Paul Krugman who has claimed that the current economic downturn has been made worse by. . . private savings. Furthermore, he also is on the record as demanding that the government engage in even more inflation than it is giving us now. But, as they say on late-night TV, “Wait! There’s more!” Krugman writes:

Reagan-era legislative changes essentially ended New Deal restrictions on mortgage lending — restrictions that, in particular, limited the ability of families to buy homes without putting a significant amount of money down.

These restrictions were put in place in the 1930s by political leaders who had just experienced a terrible financial crisis, and were trying to prevent another. But by 1980 the memory of the Depression had faded. Government, declared Reagan, is the problem, not the solution; the magic of the marketplace must be set free. And so the precautionary rules were scrapped.

Uh, there is a problem here. The creation of Fannie Mae and the Federal Housing Administration during the New Deal lowered lending standards from what they had been before. Yes, contrary to our Nobel Laureate’s latest whopper, FDR for the first time made the government the co-signer to mortgages, which made is possible for banks to offer mortgages with lower interest rates and less money down. 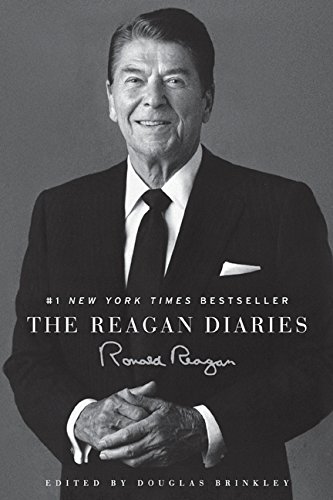 Furthermore, the push for easy credit during the 1960s and 1970s came mostly from the liberal wing of the Democratic Party, and especially from Hubert Humphrey, who believed that there should be almost no limits on bank credit at all, with the government being the Great Co-Signer. Banks already were offering mortgages with little or no money down, as long as they came through FHA or the Veterans Administration.

Financial deregulation was not a creation of “pro-free market” Republican administrations. Instead, it began in the late 1970s, being pushed by entities like one of Krugman’s employers, the New York Times, which editorialized against Regulation Q, which put caps in the amount of interest that banks could offer in savings accounts. Ted Kennedy was the main force behind the deregulation of trucking, railroads, and airlines, and at last check, I think he still is a Democrat.

Jimmy Carter began the process of deregulating oil prices, and deregulation in telecommunications was well underway before Reagan was sworn into office. The highly-regulated financial cartels that Krugman praises already were proving incapable of financing the coming high-tech companies that were the engine of economic growth during the 1980s and 1990s. For example, CNN, Cellular One, MCI, Apple Computers, and other companies were financed outside of the regulated banking cartel that Krugman so praises. In other words, Krugman believes that the heavily-regulated, high-inflation economy of 1979 and 1980 was just wonderful, a veritable wonderland. Perhaps some readers might want to go back to those days and just read what was being written then. Unemployment was moving toward double digits, and inflation was doing the same.

Contra Krugman, this was not a time of economic growth. It was an era of stagnation, as the New Deal cartels pretty much had run into the wall. Krugman can deny it all he wants, but the facts are there for anyone to see.