When Promises Are Lies

The Republican electorate falls for the promise of fiscal responsibility every time — hook, line, and sinker. But without fail, once a Republican candidate reaches the halls of power, his "principled" sweet talk falters and reveals the forked tongue behind it. With no surprise, runaway spending persists — election after election.

Only a minority of voters such as neo-conservative war hawks actually get what they want. For war hawks win no matter the party on top. But, if there was ever a voter more tragically-fated than the traditional Republican, it is — without a doubt — the modern Democrat.

Politicians — Left and Right — have reputations for lies and deceit. The Bush administration’s hypocrisy was on a grand scale and certainly deserves this reputation. But for Democrats, this stereotype doesn’t apply — at least on economic issues.

Democrats don’t lie on economic policy matters. They actually do provide enormous government programs and regulation demanded by their constituents.

The past century of U.S. economic policy is a tale of ever-expanding government programs. With the size of government exploding, there remain few aspects of life absent from Washington’s oversight. The promises of large and grandiose programs have been fulfilled.

What Democrat can say, "We elected so-and-so, but he actually cut the overall size of government?" On the other hand, the Republican voter finds himself in a completely different predicament. Every Republican can say, "We elected so-and-so, but he actually increased the overall size of government?" Yes, there are isolated cases of Republicans sticking to smaller government, but for the most part, Republicans also enlarge the state.

Despite their politicians actually delivering promised programs, progressive voters still huff and puff about their politicians’ inability to solve problems. The proposed solution is always to play musical chairs with the top leadership. Cliché phrases like "Cleaning up Washington" or "Changing the way Washington Works" promise to make everything better.

These phrases are the same as the worn out mantras of die-hard communists. Should the top leaders of the Soviet Union have been "good" and "wise” all would have worked out. However, the major failures of the Soviet Union were not the leaders, but instead the impossibility of centrally planning an economy from the top down.

In the same sense, "Changing the Way Washington Works" is not going to change the way a school in inner city Baltimore fails to educate the next generation of Americans. It’s not going to make the line at your local Department of Motor Vehicles 45 minutes shorter, nor will it deliver welfare checks exactly to those in need — when they need it.

Another myth spoon-fed to progressive voters is the idea that programs such as No Child Left Behind would have mysteriously worked better had a Democrat instituted the plan. Even decades-old welfare programs from the Johnson era are supposedly more efficient with Democrats holding the reins of power. These claims are essentially complex conspiracy theories where Republicans thwart all the programs passed by the previous Democrat. For some reason, the government programs never achieve their goals. 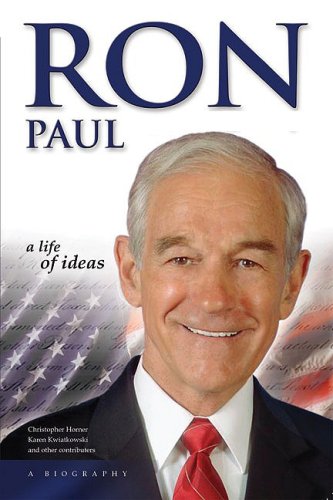 Don’t we already have Social Security, TANF, Medicare, Medicaid, public housing, minimum wage, the Department of Education, OSHA, etc? Despite an abundance of government interventions and programs, the problems of society remain.

Greater spending solves nothing either. Our education system is in shambles though many inner city schools receive over $10,000 a student. Our medical system wastes piles of money while still failing to efficiently provide healthcare.

Democrats should stop being flustered with their politicians because their policies fail. Take it easy on them. We cannot solve poverty by voting for a policy that promises to erase poverty. The world is a little more complicated than that. Real economic growth works organically step by step in a free economy. It works business by business, block by block, city by city — not policy by policy.

If government programs could solve the world’s problems, we would have been living in Utopia 60 years ago. Both sides of the aisle are at fault for bringing us into the current mess. Navet and ignorance have brought us here hand-in-hand. Republicans have trusted what any man promises, and Democrats have trusted any government program promised. The cost of our mislaid trust has been high.