Who Will Regulate the Regulators?

DiLorenzo’s Second Law of Government is that politicians will never assume responsibility for any of the problems that they cause. No one in society is more irresponsible than politicians, especially ones like President Obama who blame today’s economic crisis on an alleged lack of responsibility in the private sector. They will always blame capitalism for our economic problems, even when capitalism is not even the economic system that we live under (it’s economic fascism, to end the suspense). Nothing is more irresponsible than knowingly destroying what’s left of our engine of economic growth with more and more governmental central planning, even if it is given the laughable name of "public interest regulation."

DiLorenzo’s Third Law of Government is that, with one or two exceptions, all politicians are habitual liars. The so-called "watchdog media" is a myth, for pointing out the lies of politicians is the best way to end one’s career as a "prominent journalist." Do this, and your sources of governmental information will be shut off.

Today’s Biggest Governmental Lie is that financial markets are unregulated and in dire need of more direction, regulation, control, and in some cases, nationalization, by the Fed or by a new Super Regulatory Authority. This is all a lie because, according to one of the Fed’s own publications ("The Federal Reserve System: Purposes and Functions"), the Fed already has "supervisory and regulatory authority" over: bank holding companies, state-chartered banks, foreign branches of member banks, edge and agreement corporations, U.S. state-licensed branches, agencies, and representative offices of foreign banks, nonbanking activities of foreign banks, national banks, savings banks, nonbank subsidiaries of bank holding companies, thrift holding companies, financial reporting procedures of banks, accounting policies of banks, business "continuity" in case of economic emergencies, consumer protection laws, securities dealings of banks, information technology used by banks, foreign investment by banks, foreign lending by banks, branch banking, bank mergers and acquisitions, who may own a bank, capital "adequacy standards," extensions of credit for the purchase of securities, equal opportunity lending, mortgage disclosure information, reserve requirements, electronic funds transfers, interbank liabilities, Community Reinvestment Act sub-prime lending demands, all international banking operations, consumer leasing, privacy of consumer financial information, payments on demand deposits, "fair credit" reporting, transactions between member banks and their affiliates, truth in lending, and truth in savings. And of course it also engages in legal price fixing of interest rates and creates inflation and boom-and-bust cycles with its "open market operations." This is the Washington, D.C. establishment’s definition of "laissez faire" in financial markets. (Note that I didn’t even mention other financial market regulators such as the SEC, Comptroller of the Currency, Office of Thrift Supervision, and dozens of state regulatory agencies).

DiLorenzo’s Fourth Law of Government is that politicians will only take the advice of their legions of academic advisors if it promises to increase their power, wealth, and influence, even if they know the advice is bad (or even devastating) for the rest of society. The academics happily play along with this corrupt game because it also increases their notoriety and wealth. The most glaring example of this phenomenon today is the fact that there has been virtually no discussion at all by government officials or the media of the vast literature of the gross failures of government regulation to protect "the public interest," a literature that documents the failures of government regulation for more than a century. 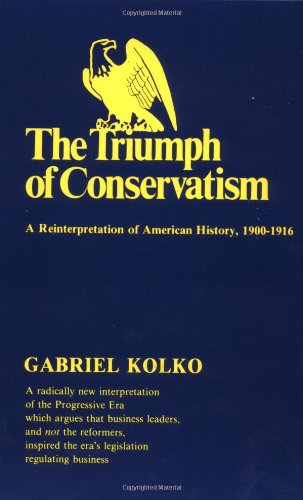 There has always been some kind of government regulation of economic activity in America, but the regulatory state got its first big boost with an 1877 Supreme Court case known as Munn v. Illinois. The two Munn brothers owned a grain storage business, and the powerful farm lobby in their state wanted to essentially steal some of their property from them by having the Illinois state legislature pass a price control law that forced the price of grain storage down below the free-market price. Such laws had previously been ruled as an unconstitutional taking of private property or a violation of the Contract Clause of the Constitution, but no longer. The plunder-seeking farmers prevailed, and it was hailed by the Court as a great victory for "public interest" regulation. Thus, the first example of "public interest" regulation was unequivocally an act of legalized theft for the benefit of a powerful and unscrupulous political special-interest group at the expense of honest, hard-working small businessmen.

Either through ignorance or corruption (or both), academics — including the founders of the American Economic Association, such as Richard T. Ely — sang the "public interest" tune with regard to economic regulation for decades, creating the popular myth that markets always fail, and government regulation is always benevolent, omniscient, and correcting. They did this despite the glaring evidence all around them that regulation was always and everywhere a special-interest phenomenon. As historian Gabriel Kolko wrote in his 1963 book, The Triumph of Conservatism, big business in the early 20th century sought government regulation because the regulation "was invariably controlled by leaders of the regulated industry, and directed toward ends they deemed acceptable or desirable." "Government regulation has generally served to further the very economic interests being regulated," legal scholar Butler Shaffer wrote some thirty years later in his book, In Restraint of Trade. Kolko called this "the new Hamiltonianism" and "a reincarnation of the Hamiltonian unity of politics and economics," referring to the mercantilist aspirations of the nation’s first treasury secretary.

Most academic economists, seduced by the prestige and money that came from being governmental advisors, ignored all of this reality and instead spent roughly fifty years — from the pre-World War I years until the 1960s — inventing factually empty theories about the alleged "failures" of markets and the need for benevolent and presumably omniscient government regulators to "correct" these alleged failures. It was all based (and still is) on the quite fraudulent technique of proclaiming that markets are not "perfect," but that government was, and would therefore correct any imperfections in real-world markets (as though anything on this earth is "perfect"). Economist Harold Demsetz mockingly labeled this approach to the study of markets "the Nirvana Fallacy."

The Austrian School of Economics is the only school of thought within the economics profession that never participated in this corrupt charade. The same cannot be said of the famous "Chicago School" whose acknowledged founder, Henry Simons, embraced many "market failure" theories and was an interventionist by any day’s standards. But the Chicago School performed a penance of sorts beginning in the 1960s with research and publications about the actual effects of government regulation, including analyses of who benefits and who loses from it. Unlike the rest of the economics profession (with the exception of the Austrian School), they no longer simply accepted the unfounded assumption that government regulation was unequivocally a good thing. Hundreds of books and thousands of academic journal articles were published that essentially rediscovered the old truth that "as a rule, regulation is acquired by the industry and is designed and operated primarily for its benefit," as Nobel laureate George Stigler wrote in 1971. Stigler was awarded the Nobel Prize in Economics for his research on "the economics of regulation."

This research was expanded over the years to account for different kinds of regulation, such as regulation that is sought by one producer group that does not necessarily harm consumers but competing producers. Large corporations often lobby for onerous government safety and environmental regulations, for example, because they know the regulations will likely bankrupt their smaller competitors and deter the entry of potential rivals. In any event, there now exists a gigantic literature on the economic effects of regulation that shows that, for over 100 years, it has rarely, if ever, benefited consumers despite all the pro-consumer/public interest rhetoric that is attached to it. All of this literature is studiously ignored by Ivy League "superstars" like Fed Chairman Ben Bernanke, the former chairman of the Princeton University economics department. It is a shameless act of academic fraud, but unlike normal academic fraud, it will have tremendous negative real-world economic consequences.

A major thrust of this literature is the recognition that, historically, businesses that have tried to form cartels have always failed. Even the infamous OPEC Cartel only had the power to raise world oil prices for about seven years during the 1970s before it collapsed. Private attempts to cartelize or monopolize markets always fail because of the powerful temptation to cheat on the cartel agreement by cutting prices. Once one member of the cartel cheats in this way, the whole thing breaks down as everyone else "cheats" while the cheating is good and there are still profits to be made.

Businesses long ago discovered that the only way to have a permanent or at least long-lasting cartel is to have the cartel agreement enforced by government regulation, with the threat of heavy fines and/or imprisonment for cheating. Thus, the railroad and trucking industries were cartelized by the Interstate Commerce Commission, which set industry prices and was controlled for decades by those industries. The Civil Aeronautics Board cartelized the airline industry in a similar way for about half a century until it was deregulated in the late 1970s. There was vigorous competition and price cutting in the electric utility industry until it was ended by government regulation and the creation of franchise monopolies by government in most cities in America. AT&T enjoyed a telephone industry monopoly thanks to state government regulation that made competition illegal for decades. The list is almost endless.

Perhaps most importantly, the Fed was created to facilitate the creation of a banking industry cartel and the creation of cartel profits in that industry as well. As Murray Rothbard wrote in A History of Money and Banking in the United States, "the financial elites of this country . . . were responsible for putting through the Federal Reserve System, as a governmentally created and sanctioned cartel device to enable the nation’s banks to inflate the money supply . . . without suffering quick retribution from depositors or noteholders demanding cash."

In other words, giving the Fed even more regulatory "authority" is like giving an alcoholic another bottle of whisky, a murderer another gun, or a bank robber another ski mask. It is bound to make things worse, not better. "We the people" have no ability to regulate the regulators in any way. Our only hope is to end the Fed before it creates an even greater depression than the one it has created for us today.

What Should We Call the Economic Crisis? The Fibbing Fed