Armed Self-Defense Beyond the Basics 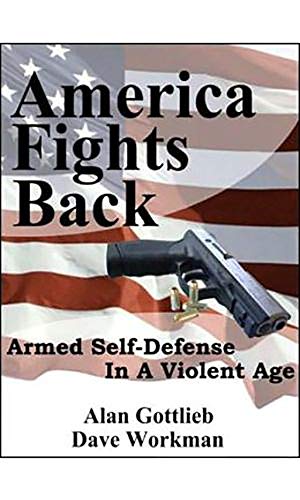 As the fifth in the “Armed self-defense” series intended for both long-time shooters and the many new gun owners created by the Obama administration, this segment examines slightly more advanced techniques as taught by veteran instructors Tom Iradi and Scott Mauldin of Eagle Rock Training Systems.

P/T II was the second day of training, and drew a number of shooters not in class the previous day. Accordingly, Scott repeated the safety briefing on “hot range” safety rules for an environment in which guns are generally kept loaded but holstered between exercises.

We started with a review of press-outs to the target from a high ready (with shots delivered at or slightly before extension), presentation from the holster, reloads, and tracking the firearm’s sights through increasingly shorter intervals between shots.

Although initial shooting was done on IDPA-style cardboard silhouettes, the instructors quickly changed things up, shifting to 8” steel plates mounted atop 2x4s and moving us back to the 10 yard line consistent with safety when shooting steel. (Note: Even at this range, expect to receive occasional splatter from jacketed bullets.)

Among different types of targets, the ring of steel plates provides instant reward for shots delivered correctly … and instant punishment for those that miss.

Next, we addressed threats to the side and rear. Here I learned something valuable: When pivoting toward the support hand side (left, for right-handed shooters), I had previously rotated on the ball of the support hand foot, causing me to over-pivot and requiring me to rise while pivoting, further slowing the shot.

Instead, after taking a “ready” position – eyes turned toward the threat, hand on holster – Scott taught us to simply step out with the strong side foot, then pivot the hips square to the target, resulting in much faster hits. Threats to the strong side were even easier, as the support side foot simply steps forward for the pivot.

Next, we addressed rearward threats using pivots on either the strong side or support side foot, depending on direction of turn (slide show #1). In the interest of range safety, students were instructed not to draw from the holster until facing the target.

Next came drills in moving forward, backward and laterally. Unlike years past, when training consisted of standing and shooting, current doctrine stresses movement – particularly to cover – to minimize exposure to the aggressor.

The Best of Paul Valone

Previous article by Paul Valone: Armed Self-Defense To Shoot Fast, You Have To See Fast