You Can Trade Cigarettes for Gold Bullion

You read the title of this article correctly. You can trade your cigarette habit for gold. In fact, you can trade just about any of your bad habits for gold if you wish. If you would give me a few minutes just to read this short article I will show you how. This method will be free of charge to you. There are no hidden gimmicks, nothing to sign up for; I won’t even ask for your e-mail address or name. You need to do nothing to quit that cigarette habit, or whatever habit you wish to end, by merely reading this article and doing 5 minutes of math on your own afterwards.

I stopped smoking cigarettes this way with no urges to ever smoke again. You can too. It’s that simple.

First off, let me get philosophical with you and talk about motivations.

Now I suppose some folks who are well-read in the verses of the bible, namely Exodus 20:3, where it says something along the lines of, “Thou shalt have no other gods before me” might have trouble with those, like me, who are so motivated by money. It may be unfortunate but I am not ashamed to say that I am terribly enamored by money; always have been.

It’s not that I don’t believe in, or don’t have those other things — I do. I believe in God; I have a happy family, a decent job, I am well loved… (Though I could be assuming a lot about that last part about “love.” — Update: I just asked the little woman to confirm this part for me and she enthusiastically smirked her approval!)

So, if you are like me then you have love, a family, God, what-have-you. You just don’t have enough money. Oh, and you have a bad habit that you’d like to kick too. Okay, well, you’ve come to the right place.

I’ve tried to quit smoking many times. And, like most smokers, I was successful at quitting each and every time. Sometimes I would go without a cigarette for two months at a time. One time I even quit for eight months. But I could never stay quit. Why? My motivations were weak. You’ll hear people trying to motivate you to quit by using the “health angle.” They say things like, “For every cigarette you smoke, your life gets shorter by seven minutes…. Don’t you want to see your children’s wedding?” Then, a few days later, you read the newspaper about some guy in China who is celebrating his 116th birthday and his secret to a long life is to smoke two packs of cigarettes everyday, drink booze nightly and chase wild women. Oh, and by the way, did I forget to mention that his children all passed away a few decades ago?

Then, a couple of days later, you read about a girl, who never smoked a day in her life, dying within two months after being diagnosed with lung cancer.

Others try to talk you into quitting because of the daily cost of cigarettes. This never worked for me as cigarettes in Japan cost about $3 a pack… And that’s even for imported American cigarettes. Ask any smoker who is dying for a cigarette if he will give you a fiver for just one cigarette — just one cigarette right now — and see what he says. If he’s desperate enough, he’ll give you the money. I know I would.

Nope. These kinds of motivations never worked for me. Nothing ever worked until one day last month….

I was having lunch with a business partner. I, as usual, was talking about myself. I explained how I think I live a pretty frugal life. As I was discussing this with a friend, he laughed and said, "You sound like the people in a book entitled, The Millionaire Next Door." My friend then recommended that I read the book. 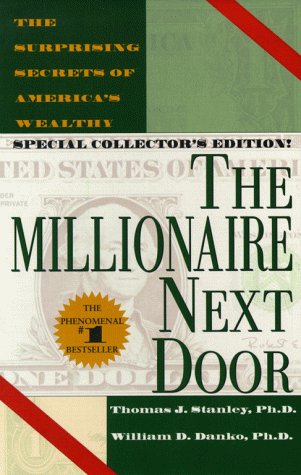 It was a very interesting read. It a book written by two guys who were asked to do research on what millionaires liked to do; where they shopped; what they thought; things like that. So to find these millionaires to interview, the writers went to millionaire neighborhoods. Makes sense right? The amazing thing about it is that in the millionaire neighborhoods, the writers found that the people living there actually weren’t millionaires; they were in debt up to their necks. These people actually had very little accumulated wealth. Further research showed that most of America’s millionaires did not look like millionaires, nor did they drive expensive European cars. They lived frugal lives and lived way under their means. The real millionaires accumulated huge sums of wealth, yet they didn’t flaunt it.

This kind of thinking really appeals to me. Why? Well, I know a lot of confused people — I’ll bet you do too — who like to act like they are rich or famous, but actually aren’t. It’s all a show. They feel that they have a standard of living that they have to uphold so they are constantly striving to keep up with the Joneses; even if they are in debt up to their asses in doing so. This is also one of the big reasons why the USA is in the mess it’s in, but I’ll leave that subject to the many better and more informed writers at LRC than yours truly.

What does this have to do with quitting cigarettes? Everything. In one example of frugal living cited in the book, the writers pointed out how a couple who smoked cigarettes for 46 years, and spent $33,190 dollars, could have used that exact same amount of money and made over $2 million dollars. Here is the exact text referring to this from pages 51—52 of The Millionaire Next Door:

His parents smoked three packs of cigarettes a day. How many packs did they consume during their adult lifetimes? There are 365 days in a year. So they consumed approximately 50,370 packs of cigarettes. How much did the couple pay for those cigarettes? Approximately $33,190 — more than the purchase price of their home! They never considered how much it cost to purchase cigarettes. They viewed such purchases as small expenses. But small expenses become big expenses over time. Small amounts invested periodically also become large investments over time.

What if the Friends had invested their cigarette money in the stock market (index fund) during their lifetimes? How much would it have been worth? Nearly $100,000. And what if they had used their cigarette money to purchase shares in a tobacco company? What if they purchased, reinvested dividends, and never sold shares in Philip Morris instead of smoking Philip Morris products for forty-six years? At the end of forty-six years, the couple would have had a tobacco portfolio worth over $2 million. (Emphasis his)

They could have had $2 million dollars for $33,190 out of pocket investment!? Now this kind of thing motivates me. Of course, the writers of The Millionaire Next Door only used this as an example of how small expenses could be made into large sums and how a frugal lifestyle pays off in many more ways than just one. But this was the switch that flipped on the light on in my head. It is also the rationale that, if you are like me, and want money, then it could be the motivation that you really need to quit your habit.

We probably can no longer invest in the stock market and have any hope of making as much money as the example above in cigarette companies or most stocks. But how about gold or silver? I want all the gold or silver that I can get my hands on. I took out a piece of paper and calculated my own experience, and you can too. Here’s how it worked out for me:

Now, take the monthly average gold price since that time. Refer to here. In, say, 1999, when the monthly average price of gold was $278.98 per ounce, I could have bought about 3.87 ounces of gold for the $1095-some-dollars I had spent on cigarettes that year.

Now I calculated it this way for every year I smoked until May 2009. 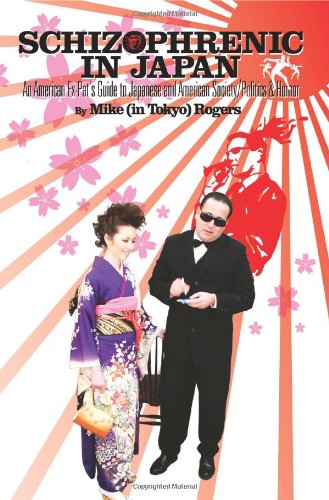 Makes me cringe when I think of how I burnt up all those ounces of gold I could have had. If you are like me and owning gold doesn’t motivate you to quit a bad habit, then don’t even bother trying to quit. But if this does motivate you, figure it out yourself and change those 100’s, Lights, Menthols, and Golds into real gold.

I keep these calculations going over and over in my mind — I no longer have any urge to smoke. Try it if you wish. To paraphrase that Mogambo-dude, “Whee, this kicking the habit stuff is easy!”

Previous article by Mike (in Tokyo) Rogers: Government: It's for Everyone's Good