The monument in Asheville, North Carolina to the former Confederate officer, governor, and US senator Zebulun Vance, erected in 1897, is being removed – as are many such monuments across the country.  But this removal is different.  Per the city’s mandate, the monument must be destroyed rather than moved, “a marked change from plans for other Confederate monuments across the state that are being stored or moved rather than demolished,” per an article in the Charlotte Observer.  “The city must approve the way the demolished monument is discarded, according to documents. Parts of the statue can’t be used again in ‘similar likeness,’ and intact pieces from the project can’t be sold or given away.”

I just had the privilege of spending nearly two weeks with my friend who is the Lutheran bishop of Siberia.  He grew up in the USSR, and gave presentations on the history of Lutheran Christianity in Russia.  In imperial times, the Tsar was actually the head of both the Russian Orthodox and Lutheran Churches in Russia.  At one point, ten percent of the population of the empire was Lutheran.  There were more than 230 Lutheran church buildings across the land.  After the Bolshevik revolution, Vladimir Lenin outlawed religion in Russia. By the mid 1920s, all Lutheran church buildings and property had been seized by the state.

But under Lenin’s successor Joseph Stalin, it was not enough to outlaw the practice of religion and to take the property of churches.  Pastors were shot or sent to the Gulag (the last Lutheran pastor in Russia dying in 1941).  The buildings were destroyed.  Stones from the altars were repurposed as pedestals for Communist statues erected on the sites of former church buildings.  Lay people were exiled to Siberia. 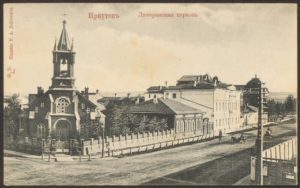 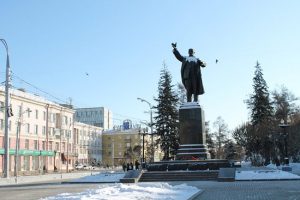 Lenin statue on the site of the former Lutheran church in Irkutsk.

There are currently two approaches to the destruction of Confederate monuments, one Leninist, the other Stalinist.

Cultural Leninists like former New Orleans mayor Mitch Landrieu (D) and former South Carolina governor Nikki Haley (R)  – a politician with no generational skin in the game when it comes to American history and heritage – are both political opportunists who removed historical monuments over the objection of the vast majority of the citizens they lorded over.  But they, like Lenin, removed without destroying.  The monuments that Landrieu removed are currently sitting in a shed in a junkyard in a state of legal limbo as negotiations continue as to where the monuments will eventually go (at this point, four years after their removal).  Haley removed the memorial flag from the war monument on the Capitol grounds – a flag relocation that was already a political compromise.  Her act was the tipping of the first domino in the current juggernaut of Leninist monument removals (legal or extralegal) that has even expanded to include monuments of American founding fathers Washington and Jefferson, a Christian saint, Union soldiers, a musician, an explorer, and ironically, even Ulysses Grant and  Abraham Lincoln.  Even a groundbreaking female educator of women is in the crosshairs.

But the removal of the Zebulun Vance monument marks a transition from cultural Leninism to cultural Stalinism.  The monument isn’t merely to be removed, but destroyed and disposed of.  Even the bricks themselves are to be eradicated from history.  It is an act of humiliation of the conquered, being carried out by a small Soviet of people who recognize no responsibility to history or to posterity.

Leninists are, of course, evil.  But Stalinists are even worse.  For when they have destroyed every monument made of granite and bronze, they will turn their attention to living monuments comprised of flesh.  The expansion of the terror state, the Gulag Archipelago, and twenty million corpses was Stalin’s legacy.  His war on brick and marble was only the opening act.

George Orwell’s 1984 includes the following observation about such things as we are seeing play out in our own country today: “One could not learn history from architecture any more than one could learn it from books.  Statues, inscriptions, memorial stones, the names of streets – anything that might throw light upon the past had been systematically altered.”

And now we are seeing such things not only removed, but systematically destroyed, eradicated, and sent down the Memory Hole. 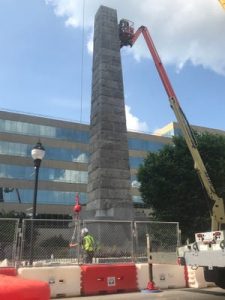