Upon being told that the people had no bread, Marie Antoinette reportedly responded, “let them eat cake.”

These infamous words were a stark illustration of the French elite’s careless indifference to the plight of ordinary people. Moreover, they likely fueled the anger that sparked a revolution that overturned the French ruling system.

Had Marie Antoinette not been so out of touch, she might have had a better choice of words.

Although history doesn’t repeat itself, it does rhyme.

I am bringing this up because recently, modern political, financial, and media elites have made numerous “let them eat cake” remarks.

They similarly reveal how oblivious they are to the average person’s problems as inflation spirals out of control, shortages spread, the stock market crashes, and economic prospects look dimmer by the day.

Let’s look at them and examine what they could mean for the social and political environment in the future… and what you can do about it.

First central bankers, the mainstream media, and academia tell you there is no inflation.

Then, when inflation becomes undeniable, they tell you not to worry because inflation is only “transitory.”

Then, when it becomes apparent that it’s not merely transitory, they tell you not to worry because inflation is actually a good thing.

It’s not uncommon to see ridiculous headlines like this:

Example #2: No More Turkey at Thanksgiving

After inflation broke through multi-decade highs, it’s no longer possible to maintain the farce that “inflation is good.”

So the elite’s messaging has pivoted to ways the plebs can cope with ever-decreasing living standards.

Last Thanksgiving, it was impossible for the Federal Reserve to ignore the soaring costs of turkey. So, instead, the St. Louis branch had a helpful suggestion for those struggling—substitute delicious turkey for cheaper heavily-processed industrial sludge.

Recently, Bloomberg published an article titled “Inflation Stings Most If You Earn Less Than $300K. Here’s How to Deal.”

It recommended rethinking providing medical treatment to your pets:

“If you’re one of the many Americans who became a new pet owner during the pandemic, you might want to rethink those costly pet medical needs.”

Example #4: Gas Is Too Expensive? Buy a Tesla

As gas prices skyrocket, transportation Secretary Pete Buttigieg suggests buying an electric vehicle. That way, the plebs can stop complaining and will “never have to worry about gas prices again.”

The thought of whether people could afford an expensive electric vehicle in the first place didn’t seem to cross his mind.

Example #5: Housing Is Too Expensive? Live in a Pod or Move Back In With Your Parents

With soaring prices making housing unaffordable in many big cities, living in pods is promoted.

For example, in California, a three-bedroom home that used to house a single family has been converted into a unit that includes pods for 13 people. 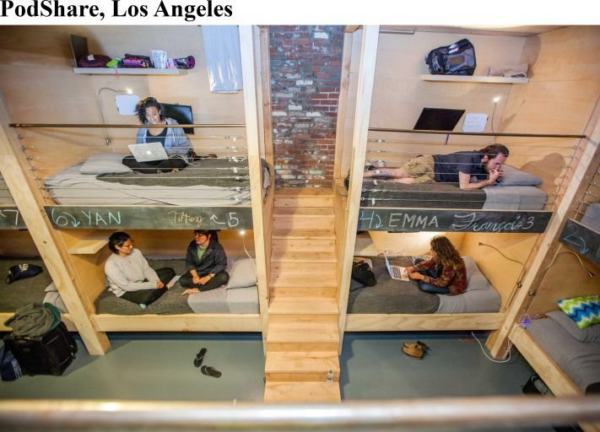 Similar stories are sprouting up across other cities. The media is celebrating this not as a significant downgrade but rather as an eco-friendly solution to rising housing costs.

They also recommend moving back in with your parents.

Example #6: Meat Is Too Expensive? Eat Bugs and Industrial Sludge

With inflation making meat unaffordable for many, the elite are looking to keep the plebs happy by guilting them into thinking that meat is bad for the environment.

That’s a big reason why there’s been a flurry of articles in the mainstream media condemning meat consumption and promoting cheap alternatives.

Their solution is to give the plebs fake meat made of heavily-processed industrial sludge and feed them bugs.

“You can’t have cows anymore,” and governments can “use regulation to totally shift the demand.”

An article in The Economist notes: “We’re not going to convince Europeans and Americans to go out in big numbers and start eating insects… The trick might be to slip them into the food chain on the quiet.” 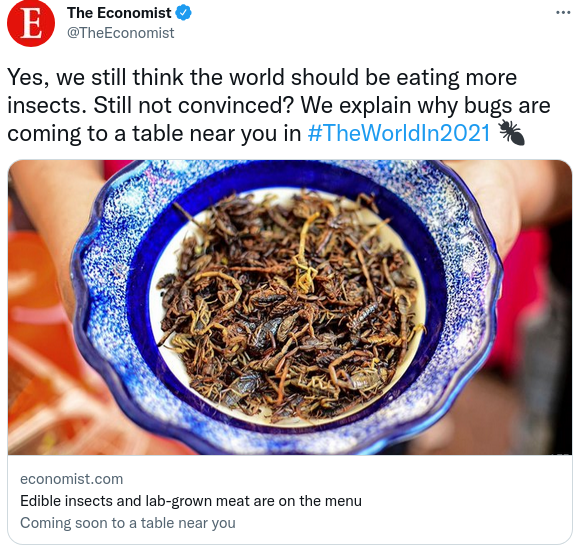 The Guardian tells us eating bugs can assuage your climate sins and that “if we want to save the planet, the future of food is insects.” 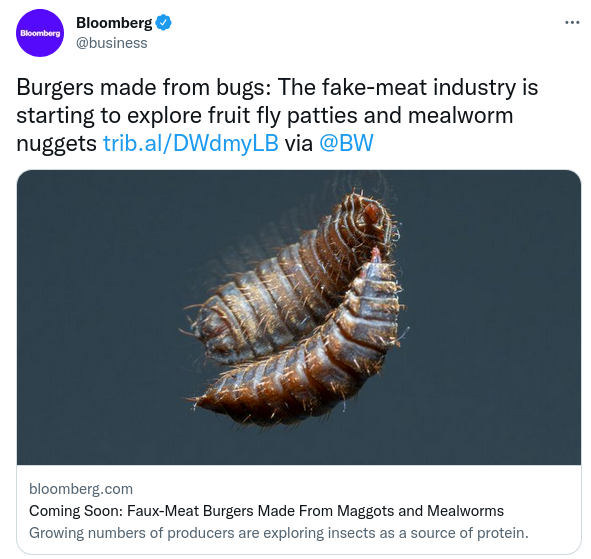 These are a couple of examples of a much broader push against meat.

The elite have been informed that meat is becoming too expensive for the average person. Their answer: “Let them eat bugs.”

This overview is by no means a complete collection of recent “let them eat cake” statements. However, it is enough to understand what the elites think and their contempt for the average person.

These are the same people who engaged in—or closely benefited from—the rampant money printing and other policies responsible for the rising prices ravaging regular people in the first place.

And when the pain of inflation became apparent, their response has been… inflation is good… no more turkey at Thanksgiving… let your pets die… buy an expensive electric vehicle… live in a pod or move back in with your parents… and eat bugs.

Instead of looking at these examples separately, take a step back and reflect on the Big Picture they paint. That will help us better understand the social and political situation, where things might be headed, and what we should do.

With that in mind, two things seem clear.

1) The current crop of political, financial, and media elites are ensconced in a bubble, carelessly indifferent to the problems of ordinary people—much like Marie Antoinette was.

2) Anger is building up as people feel increased economic pain.

Nobody knows how the situation will resolve itself, but I think it would be foolish not to prepare yourself—and your portfolio—for turbulence in the months ahead.

Curveballs in the Housing Bubble Bust President of Russia Vladimir Putin: Meeting of the Heads of State of the Collective Security Treaty Organisation