Background: you have heard, surely, that a judge overturned the federal mask mandate for public transportation, and that the major airlines instantly made masking optional.

Someone on Twitter responded to this news with this obviously satirical post, which as of my writing this has 52,000 likes: 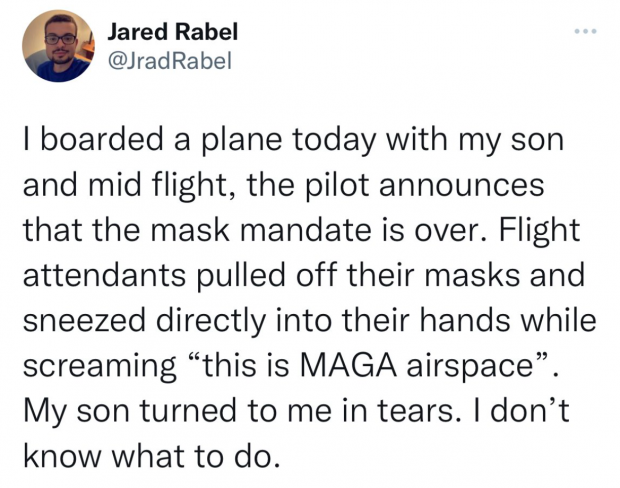 Now imagine being so tone-deaf about American life as to read this and think these events actually occurred: that professionals at a major airline gratuitously sneezed and then pledged their allegiance to Donald Trump.

What kind of alternate reality would one have to live in to consider such an outcome plausible?

Well, the New York Times — aka Alternate Reality Central — thought it was real, and contacted the author for comment: 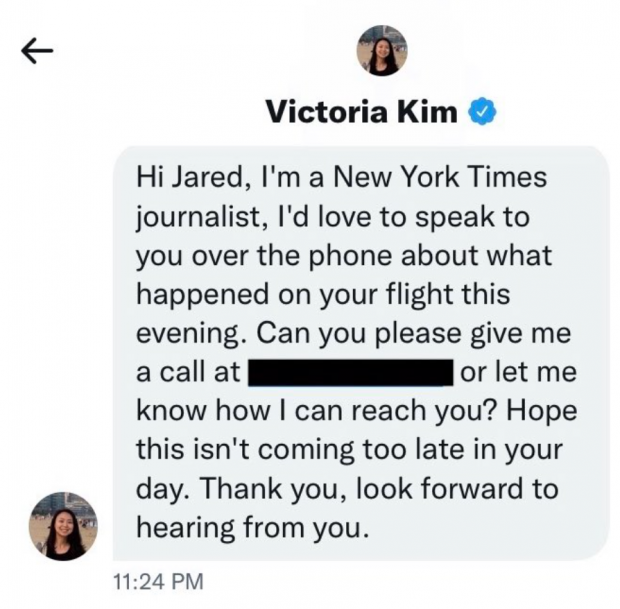 I am certain that the author of the original Tweet scarcely knew how to respond. The whole post was obviously ridiculous, and “This is MAGA airspace,” while of course something no airline employee would ever say, is obviously a reference to “This is MAGA country,” the words that Jussie Smollett’s fake attackers allegedly shouted in Chicago. It shouldn’t have been particularly difficult to spot the satire.

The author replied to the New York Times journalist: 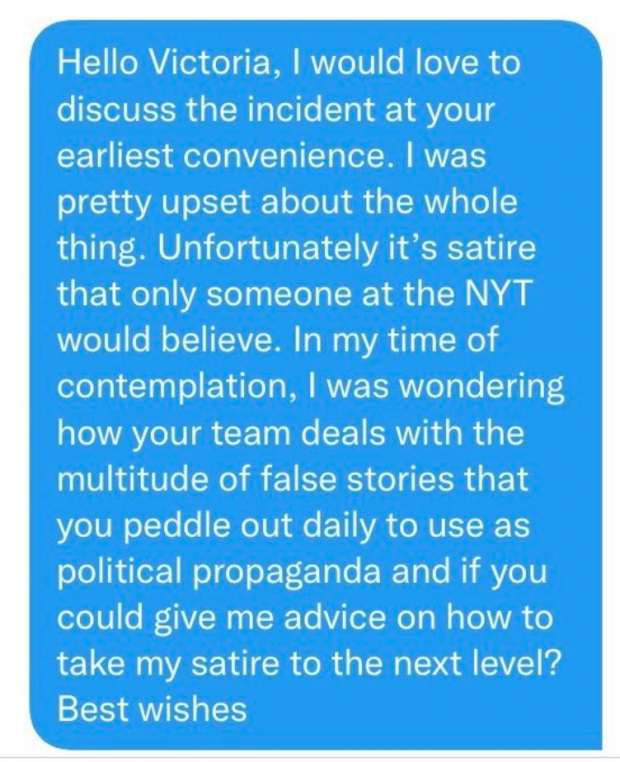 Previous article by Tom Woods: The Most Toxic Places in America Are...