Not with a bang, but with a tiny little prick

Actual vaccinations are deadest of all.

All over Europe, countries are dropping Covid vaccination passports only months after introducing them. Since Friday, Italy and Greece have become the latest nations to say they will dump passport requirements as of May 1.

Both countries made the usual noises about no longer needing rules because Covid is so under control. “We are of course keeping a very close watch on the epidemic curve,” Italy’s prime minister said. 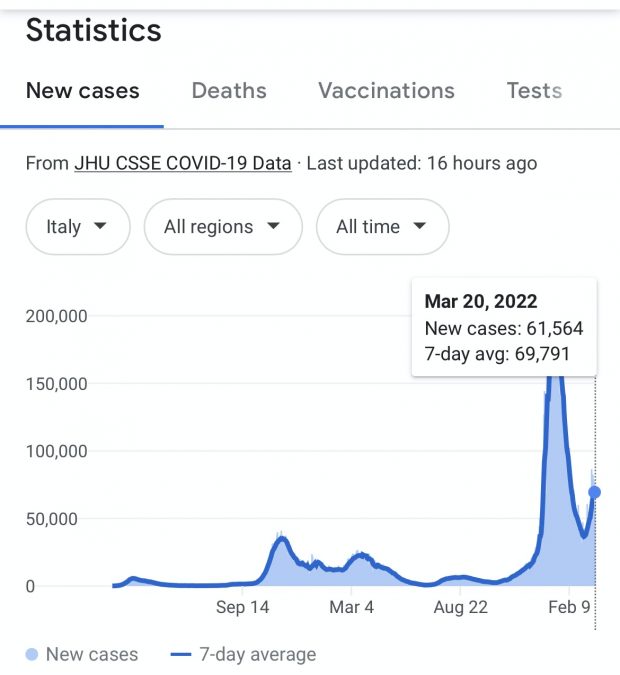 Viewed over the longer term, the picture is even worse. When Italy introduced its vaccine passport last September, it had roughly 4,000 infections a day. When it tightened restrictions in December, it had under 15,000.

I cannot say this enough times: Covid vaccine restrictions are ending not because the mRNA vaccines have succeeded but because they have failed.

The depth of that failure is so complete that to explain it sounds almost conspiratorial. The mRNA vaccines do not just not work against Omicron, they have negative efficacy, which is why the most highly vaccinated countries in the world now have levels of infection far higher than they had last year or in 2020 – and far higher than countries that did not use the mRNA vaccines.

Phase 2 of the Great Reset: War The Hive Mind