Remember how the pandemic started?

The virus came for the young first. The hot model in London. The adulterous wife in Minneapolis. The highly fit guy in Hong Kong. All so healthy. And young!

Then they got infected. And died. They had seizures or something, it’s hard to tell exactly how the virus killed them, but they definitely died.

Worst of all, the adulterous wife gave the virus to her stepson. He died too. But not before giving it to lots of other kids.

That wasn’t Covid. That was Contagion. 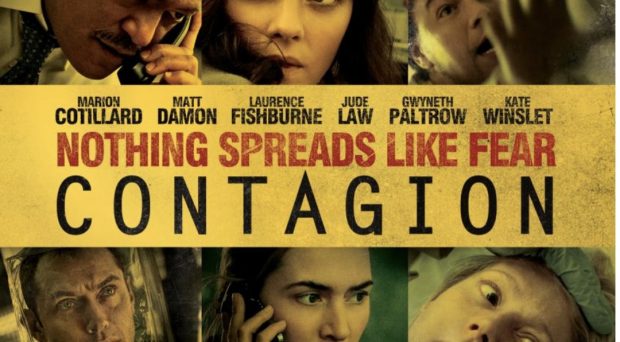 Contagion came out in September 2011. I saw it years ago. Can’t remember exactly when. Maybe on a plane? It’s a great plane movie, the plot clicks along but if you miss a minute no big deal. Yep, the virus is still virusing and the scientists are still sciencing –

So many stars, too. Gwyneth Paltrow! Matt Damon! Jude Law! Kate Winslet! And Bryan Cranston and Lawrence Fishburne and Marion Cotillard and –

Normally getting all those names in one movie would be tough. But Contagion had an edge. It was what Hollywood calls a message picture.

And the message was this:

Trust the science. And especially the bureaucrats.

I watched Contagion again a couple of weeks back. Call it research, because it was. The movie turns out to be a critical milestone in the development of the Pandemia to come.

For generations public health experts had encouraged restrained government responses to epidemics. The conventional wisdom was that so-called “non-pharmaceutical inventions” like quarantines, travel bans, school closures, and mandatory tracing probably wouldn’t help much. Even if they did, they risked stigmatizing infected people and came with huge costs to society.