I Am Beyond Sick of Elite Media Condescension

So yesterday Ezra Klein – the bluest media bluecheck of all – whined on Twitter that if people like him had just been nicer to Joe Rogan, Rogan wouldn’t have asked so many mean nasty questions about the vaccines.

Then the bluechecks wouldn’t have to try to shut him up!

If you don’t know Klein, he cofounded the hyperwoke Website Vox. He now has 2.7 million followers on Twitter and a podcast for the New York Times. Here’s what he said: 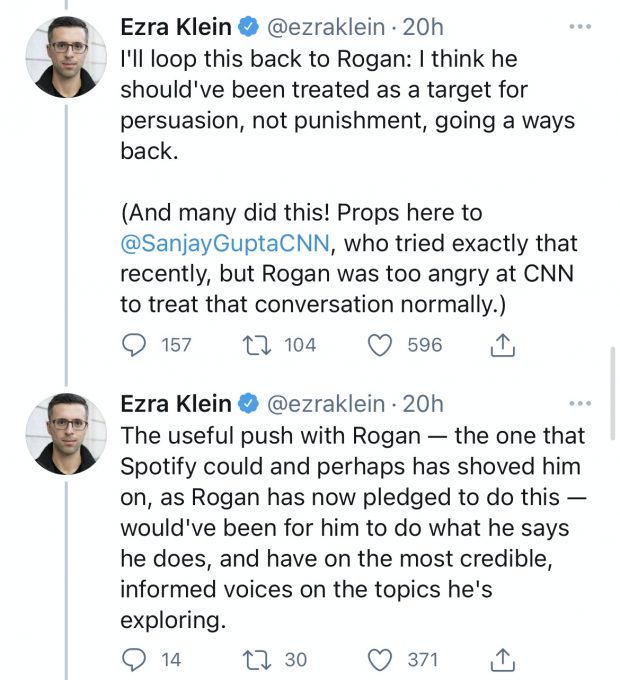 No, I don’t know Joe Rogan well, but I know him a lot better than Ezra Klein does.

Here’s what I know about Joe.

He’s intellectually curious. He’s smart. He asks good questions. He admits when he doesn’t know something or when he’s wrong (WHICH IS WHY HE APOLOGIZED FOR USING THE N-WORD). He likes debate. He likes to hear different points of view.

How different? Early on in the pandemic, he had Dr. Peter Hotez – the most fanatical vaccine fanatic of all – on his podcast.

Is Joe Rogan a scientist? No. But if the pandemic has taught us anything, it’s that a lot of scientists aren’t scientists. Hotez is just one among many academics who were incredibly concerned about the pace of mRNA vaccine development when Donald Trump was president and far less worried after he lost the election.

Elementary, My Dear Watson! The Effects of Masks on Children