Fannie Mae apartment loan pricing and terms are attractive: the five-year fixed rate starts at 2.74 percent to the thirty-year fixed starting at 3.81 percent. Thirty-year amortizations are available and in some cases interest-only loans can be negotiated, as well as nonrecourse loans. The larger point is that with the Consumer Price Index at 7 percent in December, the real interest rate on these Fannie Mae loans is negative. 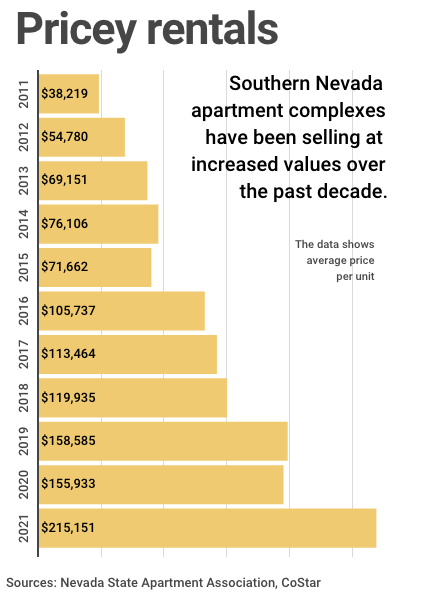 So with rents rising and cheap money flowing, the prices of apartment projects are soaring. The latest Las Vegas multifamily announced sale is Ideal Capital Group’s purchase of the 287-unit Jade project near the Rio hotel and casino for $124.5 million. That is a whopping $433,798 per unit.

The covid shutdown in 2020 slowed project sales as many renters lost their jobs. But “Las Vegas’ rental market has since heated up with fast-rising rents and shrunken availability, in part as people sought more space amid widespread work-from-home arrangements, and investor sales have rebounded,” reports Eli Segall for the Las Vegas Review-Journal.

Wolf Richter writes on his site, wolfstreet.com, that working people are harmed by inflation because their wages never catch up, while people with assets, inflated in value by low interest rates, reap the benefit. He writes, “[T]he wealth of the wealthiest 1% of households spiked, creating the biggest and worst wealth disparity ever to the bottom 50% and even to the bottom 99%, based on the Fed’s own wealth distribution data.” 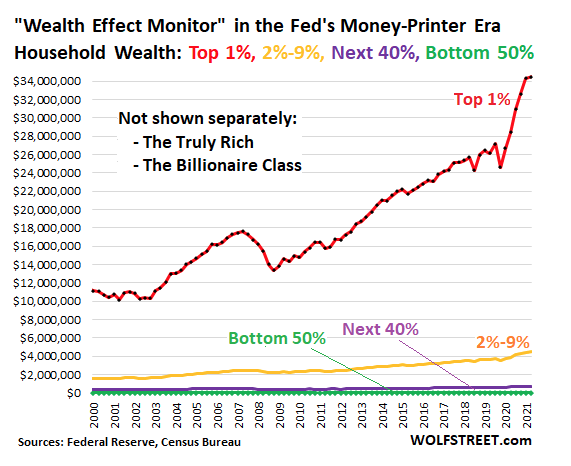 Over lunch recently I expressed my astonishment over the $400,000-per-unit sales to a developer (and apartment project owner) I used to bank. He told me units would be selling for $500,000 by the end of this year.

I said rents would have to jump even more or capitalization rates would have to go to virtually nil for that to happen. He said emphatically, “Rents are going up.” People moving in from California believe rents in Vegas are cheap.