Money and Liberty — In the Pursuit of Happiness & The Theory of Natural Money — by James Turk, Published by Wood Lane Books.

This book is timely — in time for Christmas, yes. But timely for a more important reason. It comes at a time when central banks are accelerating their money-printing to unheard-of levels. Or should that be printing currency and not money?

At the outset, it should be stated that Turk founded Goldmoney at the turn of the millennium, when gold was less than $300 an ounce, compared with nearly $1800 today. I write for Goldmoney and am fortunate enough to know the author as a colleague and friend. The founding of Goldmoney was with a view to offering the public a means of avoiding the debasement of currencies. Turk views physical gold as money, akin to an insurance policy (though he doesn’t say so) and not an investment. There are gold related investments, such as mines and derivatives. This book is aimed at investors to explain the essential nature of money, pointing out that if the monetary worst comes to the monetary worst, physical gold will be spent, not sold for profit. That gold is now $1800 is not a measure of investment success — more a measure of the loss of purchasing power suffered by unbacked state currencies. 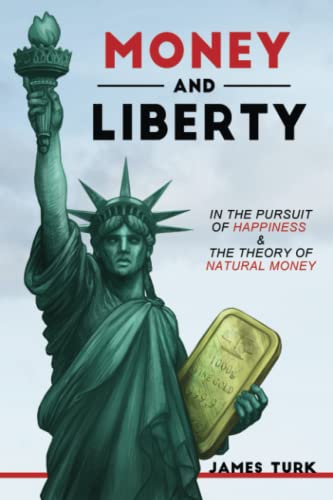 Sadly, it is a process that continues. Turk’s book makes the point that there is a clear distinction between money and currency, and that it is important to understand the difference. He defines money as “Any tangible asset that can be used to efficiently store, measure, and express units of purchasing power across space and time, but gold, a unique natural element, best meets the four requirements of money.” Yes, four, which Turk explains is the now forgotten payment function that was well understood until the classical gold standard ended with the outbreak of the First World War.

One might add that in history money was chosen as the medium of exchange by individuals between transacting individuals. And since barter was abandoned as the means of exchanging one’s production for the products homo economicus needed and desired, the common form of money of choice evolved into gold. The monetary function of gold has therefore been naturally established over millennia.

Currency, on the other hand, is a substitute for money, provided to us by governments and banks as the counterpart of credit. One would think that the distinction doesn’t matter, but Turk explains why it matters greatly. He explains the evolution of money and currency in the two nations upon which modern currency and banking laws apply — the United Kingdom and the United States.

If it wasn’t for politicians and central bankers finding it impossible to resist either using currency as a tool for economic management or simply as a source of funding government spending, the distinction between money, which evolved into gold through market forces, and currency, always a creature of the state, might not matter. But the British economist John Maynard Keynes, quoting Lenin said: “There is no subtler, no surer means of overturning the existing basis of society than to debauch the currency. The process engages all the hidden forces of economic law on the side of destruction and does it in a manner which not one man in a million is able to diagnose.”

This was early in Keynes’s career. By the time of his General Theory he had joined the ranks of the debauchers, believing it was justified to use currency expansion to create the illusion that recessions, slumps, and depressions were banished. Today, the deliberate government deficits that Keynes recommended to support the economy in hard times have become joined up into continual budget deficits for the dollar, everyone’s reserve currency. In theory, deficits are financed by government debt, but in practice the debt is mostly financed by the inflation of currency and credit. For ordinary people who normally don’t bother about money, currency, and credit and not knowing the differences, understanding the consequences of the currency bubble is suddenly very important when recognising, as Turk explains, that liberty needs politically honest money that only natural money can provide. Gold is nature’s money.

Turk’s book is an easy and informative read for those curious enough to lift themselves out of the 999,999 in a million who don’t understand money. It could turn out to be the best Christmas gift to loved ones, to whom money, as currencies continue to lose purchasing power, would otherwise remain a mystery.

Reprinted with permission from Goldmoney.

The New Black Gold The Power To Imprison — Life in Pandemicland