The New York Times bestselling author’s latest work details how Anthony Fauci, Bill Gates and their cohorts used their control of media outlets, scientific journals, key government and quasi-governmental agencies, and influential scientists and physicians to flood the public with fearful propaganda about COVID-19 virulence and pathogenesis, and to muzzle debate and ruthlessly censor dissent.

As people the world over are questioning the origins of the COVID crisis, news continues to emerge about U.S. taxpayers’ funding of gain-of-function research in Wuhan, China. Some U.S. Senators including Rand Paul are calling for Fauci’s resignation while U.S. Rep. Nancy Mace is leading a bipartisan effort to investigate his agency’s treatment of beagle puppies during experiments that the group of lawmakers calls “cruel.”

“The Real Anthony Fauci” exposes a side of Dr. Fauci that has thus far been shielded from the public by the ongoing media blackout of any information that counters the Pharma/government narrative. 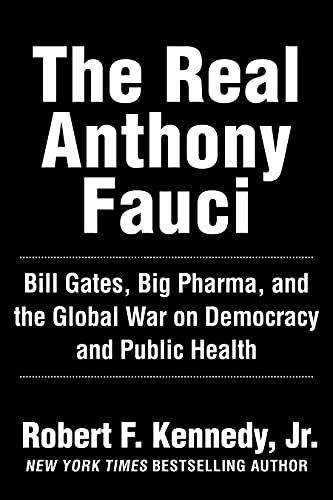 “The research I conducted for this book exposes how Fauci’s gargantuan yearly disbursements allow him to dictate the subject, content and outcome of scientific health research across the globe,” said Kennedy.

“These annual disbursements also allow Fauci to exercise dictatorial control over the army of ‘knowledge and innovation’ leaders who populate the ‘independent’ federal panels that approve and mandate drugs and vaccines — including the committees that allowed the Emergency Use Authorization of COVID-19 vaccines.”

“The Real Anthony Fauci” informs readers of how Fauci, Gates and their collaborators:

Vaccination Status Is Temporary, Boosters for Life Required Kyle Rittenhouse and the Evil of Generalized Justice