Can We Finally Stop Pretending that George Floyd’s Death Had Anything to Do with Racism?

The lie that George Floyd was murdered by racist police officers in Minneapolis has made its way around the world several times over, leaving countless violent riots and more than $2 billion in property damages in its wake, but it seems that the truth is finally putting on its shoes.

In June of 2020, 60 percent of surveyed adults deemed George Floyd’s death to be murder at the hands of police officer Derek Chauvin.  As of last month, a little more than a third of Americans believe that.

That’s a stunning near-reversal of public opinion.  How did that happen?

The answer to the practical question as to what role the accused Derek Chauvin had in Floyd’s death will ultimately be determined by the courts in his ongoing trial, as it should be.  Unfortunately, that question is of far less societal importance than the larger question looming around George Floyd’s death.  It is a question that is rarely ever asked, and for which there is no such codified structure for honest investigation and judgment outside of today’s kangaroo court of public opinion overseen by politicians, celebrities, and the media.

That question is: What role, if any, did racism play in George Floyd’s death?

It has been taken for granted since the first video of Floyd’s arrest emerged that George Floyd was a victim of racial injustice.  It was, according to the president of Axios, Cliff Young, an “acute crisis” that brought “racial justice to the forefront.”

The notion that Floyd’s death was a “racial reckoning” advanced, seemingly without opposition in the summer of 2020, with few stopping to ask what evidence exists to support the narrative.  Rather than asking that question, millions mindlessly submitted to the explanation of systemic racism that was offered by Black Lives Matter, a well-funded organization that openly employs racial grievance as a substitute for Marxist class warfare, and which was supported by radical leftist politicians, celebrities, media outlets, and American corporate giants, all of whom later became apologists for, and, in some cases, accomplices to, the legions of arsonists, thieves, and violent criminals taking part in last year’s unprecedentedly destructive riots. 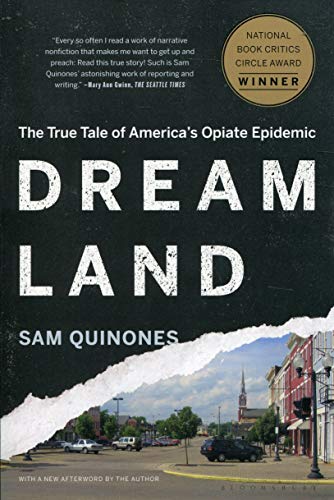 It was easy for the aforementioned parties to stimulate Americans’ imaginations toward understanding Floyd’s death as a result of racism.  The initial videos taken by onlookers captured only the final moments of the confrontation between Floyd and the arresting officers, but given that little was known about the events leading up to those moments and that myriad relevant facts hadn’t yet been reported, the public accepted the story that white racist cops had racially profiled George Floyd, and, without sufficient provocation, used an unconventional restraining tactic that strangled the life out of him as he begged for an opportunity to breathe.

That narrative is, and always has been, pure nonsense.

The four officers involved, not all of whom were white, only engaged Floyd in response to a reported crime, and not while proactively patrolling the community.  Racial profiling had nothing at all to do with this encounter.

The neck restraint used to immobilize George Floyd was not, in fact, a peculiar means of torture devised by Derek Chauvin to choke the life out of a minority, but a legal method of restraining suspects which was sanctioned by the Minneapolis Police Department, and which was only made obsolete after Floyd’s death.

A Government of Thugs, by Thugs, for ThugsFrightening Forecast Predicts 70% Decline In US Population by the Year 2025: Extermination of the Masses by Nuclear War or Contrived Pandemic?