International Man: The trend of investing in so-called environmental, social, and governance (ESG) companies is growing. Companies are rated based on their carbon emissions, diversity on their board, among other factors. Many companies seem to be bending over backwards to show their ESG credentials.

What do you make of all this? Where did this all come from?

Doug Casey: A tsunami of political correctness is washing over the entire world. It’s not just the US. But it didn’t just arise spontaneously in a vacuum.

The first time that I ever heard the term “politically correct” was in a Saturday Night Live skit in the early ’80s. At the time, I just thought it was a funny catchphrase. It sounded like a takeoff on the Soviet term “politically unreliable,” which was used to describe those who weren’t dogmatic communist ideologues. However, it turned out to be an indicator of a much broader trend, one that got underway in the ’60s. It started in the universities. 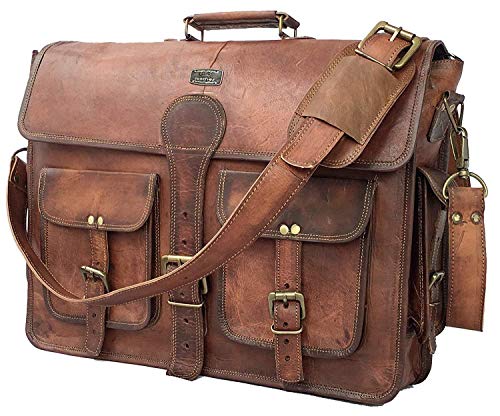 Three generations of people have gone to college since the ’60s. In those days, attending college was relatively rare, only around 10% of the youth. It was less than 5% in the previous era. Now it’s quite common, with over a third of Americans getting degrees.

In those days, college was actually supposed to be about learning something tangible. Either subjects about the natural world—science, medicine, engineering, and the like—or humanities—literature, history, philosophy, and the like. There was always a divide between the two categories, of course. Sciences were hard and required diligent work with verifiable data, whereas the humanities were soft, largely the province of opinion and interpretation. Both disciplines have degraded, however. Even math is now considered too “white,” while the humanities have morphed into indoctrination.

College professors—and I speak as somebody who was a trustee of the tenth oldest college in the country for five years— are now almost all “woke,” full of social justice warriors (SJW) and declared Marxists. It appears about 93% of faculty members vote Democrat—not that voting Republican necessarily means you support principles that have much to do with either free minds or free markets.

I’m afraid that the battle for the hearts and minds of Americans is basically over. The progressives, socialists, Marxists, and their fellow travelers have won the intellectual and moral battle. The loss is now being reinforced by the media with their biased reporting, the corporations with their woke ads, and entertainers with their highly politicized skits and shows.

Going back to the analogy of a battle, the Left initially fought a guerrilla war. In recent years they’ve grown strong enough to win set-piece battles. Now they have nearly complete control of the State apparatus. They won’t let go of it. Their next step is just to mop up the resistance.

How does this relate to the Environmental, Social, and Governance (ESG) mandates that are being enforced everywhere? Very directly.

One problem with ESG is that it sounds so positive. Who doesn’t want a clean environment? Who’s opposed to social harmony instead of a race war? Isn’t it better to have some “governance” as opposed to the straw man of Road Warrior-style chaos? 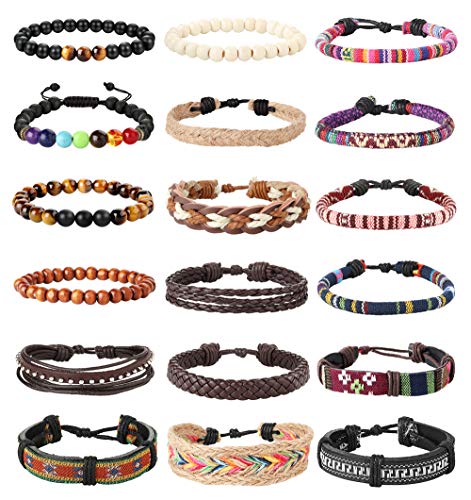 The reality is that ESG mandates managements to redirect corporate resources from creating new wealth and satisfying consumer demands to implementing the semi-religious charities of a new Green religion. And to keep them on the path to righteousness, corporate boards now have to include women, People of Color (a newly minted aggrieved group), and those with psychological and sexual aberrations. Which—the way these things are dictated—amounts to actively transgressing against men, whites, and normals. It’s a new form of class warfare.

The fact that companies are bending over backward to show how ESG conscious they are, how woke they are, and how respectful of SJW values they are, says that they aren’t concentrating on taking care of business and making profits. Putting virtue-signaling first is a very bad sign for productivity and business.

Now that ESG has gotten a seat at the table, it’s opened the door to the next stage of this trend—Equity, Diversity, and Inclusion (EDI). Like ESG, it sounds friendly and welcoming; it’s not.

There is no equality, except before the law and in the grave; trying to make people equal is stupid and counterproductive. But Equity is worse than enforced equality. It means giving certain groups privileges and assets by virtue of ethnicity, gender, disability, or accident of birth. It’s a formula for hatred and resentment.

Diversity boils down to race and gender. It certainly doesn’t include a diversity of viewpoints.

Inclusion has a place in polite society. But it has to be earned, like any other privilege. In fact, there’s more to be said for exclusivity than inclusivity. Exclusivity is about maintaining standards, as are, for instance, private clubs. Perhaps that’s why we see so few private clubs these days; if a club doesn’t include practically everyone and anyone, it’s asking for a lawsuit in today’s world. 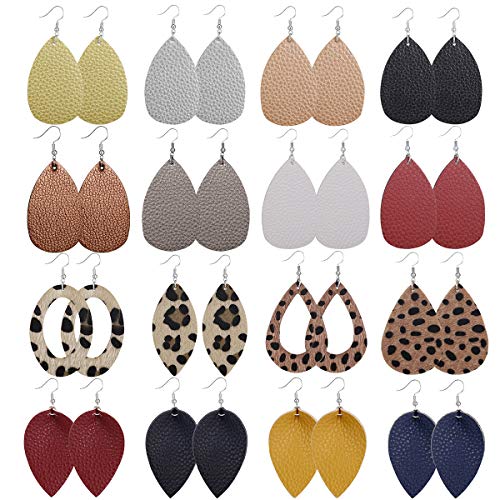 These notions will backfire on their promoters and enforcers. Many people of color are diversity hires now. As a result, many in the public—including people of color—will go out of their way to avoid black doctors, lawyers, and engineers because they are wondering whether or not they’re truly qualified. “Affirmative action” devastates the very people it’s supposed to help as it degrades them and breeds resentment. This is all real poison.

It identifies people not as individuals but as members of a group.

International Man: The ESG trend seems to be part of a larger cultural shift.

What is your take? How will this cultural shift affect the competitiveness of US companies?

Doug Casey: Virtue signaling and wokeness are affecting every aspect of life.

One reason that companies in the old Soviet Union were so unproductive, and turned out crappy products, was that they were much more interested in being “politically reliable” than profitable. Being politically correct today encourages people to sign up for things like gender studies, sociology, and political science today, rather than science, technology, and math courses.

It’s a real cultural shift working to destroy the competitiveness of US companies. And it’s supercharged by the fact actual Bolsheviks now control the government. It’s Mussolini’s dream, where the government and corporations are walking hand-in-hand in a so-called public-private partnership; classical fascism.

International Man: With the rise of ESG investing, shareholders have become less important than stakeholders.

What is going on here? Where did that concept come from? 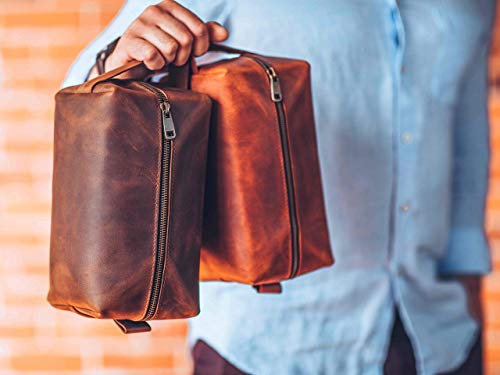 Doug Casey: A shareholder actually owns part of a company and has paid for that privilege. But over the last generation, shareholders have become less important. In fact, they’re treated as a nuisance by professional managers. “Stakeholders,” who bring absolutely nothing to the party, have become a protected species.

In reality, stakeholders are just hangers-on, employees, or people who are looking to get in on a shakedown. But everybody slavishly acknowledges them and parrots the meme: “Yes, we’ve got to look out for the stakeholders.”

Where did that concept come from? The same place as ESG and EDI. It’s a recent creation, but Boobus americanus seems to think it was carved in stone at the country’s founding.

We’re told to protect them as if they were a valuable and endangered species. I say, “A pox upon stakeholders.” If they want a vote in what a company does, then they ought to become shareholders. Stakeholders have been created out of nothing by cultural Marxists for the purpose of shaking down shareholders.

International Man: Given everything we’ve discussed, what are the investment implications? What can the average person do?

Doug Casey: Historically, an average price-to-earnings (PE) ratio for stocks was in the 12–18x range. Now it’s been moved up to 24–25x. A lot of companies neither have earnings nor are expected to for the foreseeable future.

Market norms are much higher—mainly due to money printing—but they should actually be much lower. Why? Because corporations have changed their emphases from creating value and making money to enforcing political and social notions. Quite frankly, that makes them worth less.

When the next bear market bottoms, maybe it won’t be at a PE of 8 or 9 to 1, as in the past. Maybe it’ll be something like 4 or 5. Wokeness, diversity hiring, PC, and the rest of it are working to destroy capital. The destruction won’t be immediate, of course. But Americans who think it’s a good idea now will regret it soon enough and for the rest of their lives.

Unfortunately, there’s not much you can do about it except try to insulate yourself from its worst aspects and raise hell when you hear people talking nonsense—which won’t make you any friends in the days of Cancel Culture.

It’s important to speak out about these things actively as opposed to just grumbling and allowing the bad guys the moral high ground. You’ve got to challenge these things wherever possible.

Right now, you can still challenge these things, but it’s increasingly risky. People are now getting fired from their jobs if they hold non-PC views—and it’s likely to get much worse for the foreseeable future.

We’re actually moving—devolving—into the same kind of world that existed in the Soviet Union.

I think it’s too late to try and change the trend. In a way, resistance is futile. But that doesn’t mean that you shouldn’t resist, simply because you have to live with yourself.

D.C. Statehood? How About a Declaration of Independence From Washington Instead?Jab-Erwacky (Or, Why Are People So Crazy About Being Guinea Pigs?)