International Relations According to Antony Blinken

Washington has little choice: its interests have not changed, but those of its ruling class have. Antony Blinken therefore intends to pursue the line adopted since President Reagan hired Trotskyists to create the NED: to make human rights an imperial weapon, without ever respecting them himself. For the rest, one will avoid getting angry with the Chinese and will try to exclude Russia from the wider Middle East so that the war can continue without end.

The Biden Administration performs its first acts of International Relations.

First, Secretary of State Antony Blinken participates in numerous international meetings by video conference, assuring his interlocutors that “America is back. Indeed, the United States is taking up its position in all intergovernmental organisations, starting with the United Nations.

As soon as he took office, President Biden cancelled the US withdrawal from the Paris Agreement and the World Health Organization. Shortly afterwards, Blinken announced that his country was joining the Human Rights Council and was running for president. What’s more, he is campaigning to ensure that only those states that he considers to be respectful of human rights can sit on the Council.

These decisions call for several remarks:

The US withdrawal from the Paris Accords was based on the fact that the IPCC’s work was not scientific, but political, since it is in fact an assembly of senior officials with scientific advisors. They led to, admittedly a lot of promises, but in reality to only one concrete result: the adoption of an international right to pollute managed by the Chicago Stock Exchange. The Chicago Stock Exchange was created by Vice-President Al Gore and its statutes were drafted by the future President Barack Obama. The Trump administration never contested climate change, but argued that other explanations were possible rather than industrial greenhouse gas emissions, for example the geophysical theory formulated in the 19th century by Milutin Milanković.

The return of the United States to the Paris agreements has caused fear among US shale oil and gas personnel and companies. The Biden Administration is determined to quickly ban petrol-powered cars, for example. This decision will not only have an impact on employment in the US, but also on its foreign policy since it had become the world’s largest oil exporter.

The US withdrawal from the WHO was motivated by China’s leading role in the WHO. The current Director-General, Dr. Tedros Adhanom Ghebreyesus, is a member of the pro-Chinese Tigray People’s Liberation Front. In addition to his UN function, he has also played a central role in supplying arms to the Tigray rebellion.

The WHO delegation that went to Wuhan to investigate the possible Chinese origin of the Covid-19 included Dr. Peter Daszak, president of the NGO EcoHealth Alliance, as the only US member. This expert funded work on coronaviruses and bats at the P4 laboratory in Wuhan. He is therefore clearly judge and jury. 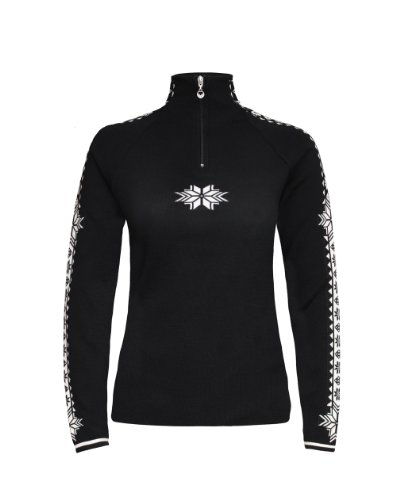 The US withdrawal from the Human Rights Council was the consequence of the Trump administration’s denunciation of its hypocrisy. In fact, the Council had been used in 2011 by the US itself to hear false witnesses and to accuse the “Gaddafi regime” of having bombed an eastern district of Tripoli; an event that never happened. This memorable staging had been transmitted to the Security Council, which had adopted a resolution authorising the West to “protect” the Libyan population from its infamous dictator. Given the success of this propaganda operation, various states and alleged NGOs have tried to use the Council in turn, particularly against Israel.

The United Nations does not understand the term “human rights” as does the United States. For the latter, Human Rights are simply protection from the Reason of State, which implies the prohibition of torture. On the contrary, for the United Nations, the term also includes the right to life, education and the right to work, etc. From this point of view, China has important progress to make in terms of justice, but has an exceptional record in terms of education. It therefore has its rightful place in the Council, although Washington disputes this.

Antony Blinken has just enunciated the “Khashoggi jurisprudence”. It is a question of no longer granting visas to foreign political leaders who do not respect the human rights of their opponents. But what value does this doctrine have when the United States has a gigantic targeted assassination service and sometimes uses it against its own nationals?

Iran and the future of the Greater Middle East

The Biden Administration is also negotiating a return to the 5+2 nuclear agreement with Iran. The aim is to resume the negotiations that William Burns, Jake Sullivan and Wendy Sherman began 9 years ago in Oman with the emissaries of Ayatollah Ali Khamenei. Today they have become respectively Director of the CIA, National Security Advisor and Deputy Secretary of State.

At the time, Washington’s aim was to eliminate President Mahmoud Ahmadinejad and relaunch the Shia/Sunni confrontation in the context of the “war without end” (Rumsfeld/Cebrowski strategy). For the Khamenei Guide, it was to get rid of Ahmadinejad who had dared to strike against him and to extend his power over all the Shiites in the region. 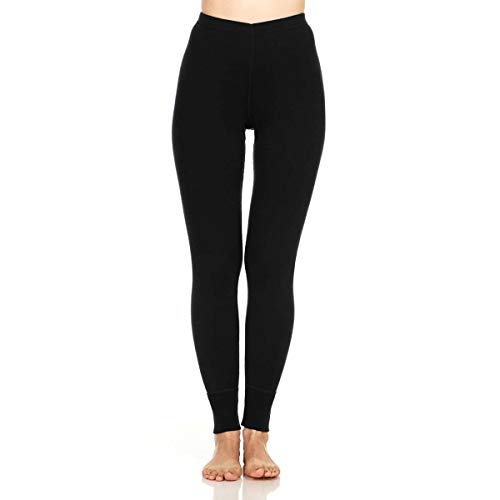 These negotiations led to the manipulation of the Iranian presidential election of 2013 and the victory of the pro-Israeli Sheikh Hassan Rohani. As soon as he took office, he sent his foreign minister, Mohammad Djavad Zarif, to negotiate in Switzerland with Secretary of State John Kerry and his adviser Robert Malley. This time it was a question of closing the Iranian military nuclear file before witnesses, which everyone knew had long since been completed. Then came a year of secret bilateral negotiations on Iran’s regional role, called to resume the role of Middle East policeman under Shah Reza Pahlevi. Finally, the nuclear agreement was signed with great pomp and circumstance.

But in January 2017, the Americans elected Donald Trump, who questioned the agreement. President Rohani then published his project for the Shiite and allied states (Lebanon, Syria, Iraq and Azerbaijan): to federate them into a great empire under the authority of the Guide of the Revolution, Ayatollah Ali Khamenei. It is on this new basis that the Biden Administration must henceforth negotiate.

But the United States can only position itself in the broader Middle East once it has decided what it is going to do with its two rivals: Russia and China. The Department of Defense has appointed a Commission that is working on the subject and will issue its recommendations in June. In the meantime the Pentagon intends to continue what it has been doing for 20 years: the “war without end”. The aim of the war being to destroy any possibility of resistance in the region, and thus to destroy all state structures, whether friendly or enemy, there was no a priori question of accepting the Rohani project.

Washington began contacts in November, three months before President Biden took office. This is exactly what the Trump administration had done with Russia, which led to legal action under the Logan Act. This time it is different. There will be no lawsuits because the Biden administration is unanimously supported by everything that matters in Washington.

Moreover, the Iranian-US negotiations are taking place in the East. Tehran and Washington are holding hostages to keep pressure on each other. Each one arrests spies, or if they are not tourists, and imprisons them for the duration of an investigation that is dragging on for a long time. It has to be said that they are better treated in the West than in Iran where they are subjected to constant psychological pressure.

To begin with, Washington maintained its sanctions against Iran, but lifted those it had taken against the Houthis in Yemen. It has also turned a blind eye to the South Korean channel that allows Iran to circumvent its embargo. But that wasn’t enough. 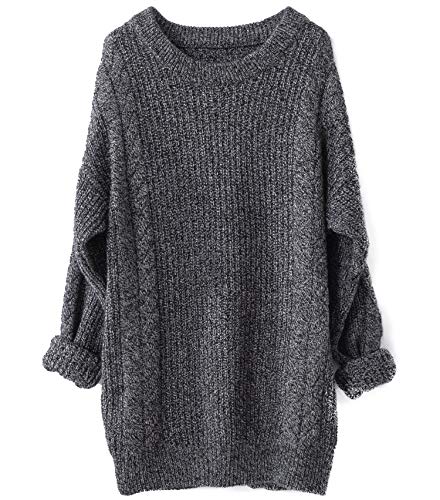 From February 15 to 22, Iran launched – through its Iraqi affiliates – commando actions against US forces and companies in Iraq; a way of showing that it is more legitimate in that country than Uncle Sam is. For their part, the Israelis accused Iran of having caused an explosion in a tanker belonging to one of their companies in the Gulf of Oman on February 25.

The Secretary of State responded by sending the Pentagon to bomb installations used by Shiite militias in Syria, a way of showing that the United States is illegally occupying this country whose authorities are suffering from Iranian sectarian aid – today Iran is not helping the Syrians, but those of them who are Shiites – and that they will have to come to terms with it.

The dominant position of the United States is not threatened by China, but by its development. Despite all its cynicism, Washington does not have the heart to play British-style colonialism and send the Chinese back to starvation. It should logically lay down competitive rules between itself and the “factory of the world”. It can, as President Trump has shown, but it won’t do it any more because the present ruling class personally benefits immensely from these unequal exchanges. Didn’t Secretary of State Antony Blinken himself create the firm WestExec Advisor to introduce US TNCs to the Chinese Communist Party?

The truth is that there is only one option left: to let the US economy sink as slowly as possible and contain Chinese military and political power within a limited area of influence.

This is why, in his first telephone conversation with President Xi, President Biden assured him that he was not questioning the membership of Tibet, Hong Kong and even Taiwan in the People’s Republic of China. However, he hinted that he was still contesting China’s resumption of its pre-European colonial sovereignty over the entire China Sea. The threat to the Spratly Islands and other abandoned islets will therefore continue.

Beijing doesn’t care: it continues to pull its people out of underdevelopment, further and further inland. Tomorrow, the tiger will be pulling out its claws, but it will already have spread out along the new silk roads. No one will be able to impose any more.

The Russians are a special case. This people is capable of enduring the worst privations, it keeps a collective consciousness that always brings it back to life. Their mentality is incompatible with that of the Anglo-Saxon elites; always capable of atrocities to maintain their standard of living. These are two opposing conceptions of honour: one based on pride in what one has done, the other on the glory of victory.

Even thirty years after the dissolution of the Soviet Union and Russia’s conversion to capitalism, Russia remains an ontological enemy for the Anglo-Saxon elites; proof that the differences in economic systems were only a pretext for their confrontation.

Therefore, whatever they say, Pentagon officers only envisage war with China in the distant future and are ready to fight Russia today. The first bombing of the Biden mandate will have been in Syria – as explained above. In accordance with their “deconfliction” agreements, the US General Staff has given advance warning to its Russian counterpart. But it did so only five minutes before the shots were fired to ensure that Moscow would not have time to warn Damascus. Above all, they took no steps to ensure that they would not injure or even kill Russian soldiers.

The United States is unable to accept Russia’s return to the Middle East; a return that partially paralyses the “war without end”.

So Is Joe Biden a Nazi, Too?Making Slaves of Freed Men