Francis and Sistani delivered anti-war, anti-genocide and anti-sectarian messages beyond the comprehension of most Western media

By any historical measure, it was a game-changer: the first meeting since the 7th century between a Roman Catholic Pope and a Shiite spiritual leader regarded as a “source of emulation.”

It will take a long time to assess the full implications of the immensely intriguing 50-minute face-to-face conversation, with interpreters only, between Pope Francis and Grand Ayatollah Sistani at his humble home in a Najaf alley near the dazzling Imam Ali shrine.

An avowedly imperfect parallel is that for the Shiite community of the faithful, Najaf is as pregnant with meaning as Jerusalem is for Christianity.

The official Vatican spin is that Pope Francis went on a carefully choreographed “pilgrimage” to Iraq under the sign of “brotherhood” – not only in terms of geopolitics but as a shield against religious sectarianism, be it Sunnis against Shiites or Muslims against Christians.

Francis went back to the main theme in an extremely frank exchange (in Italian) with the media on his plane back to Rome. Yet what’s most extraordinary is his candid assessment of Ayatollah Sistani.

The Pope stressed, “Ayatollah Sistani has a saying, I hope to recall it properly: ‘Men are either brothers by religion or equal by creation.’” Francis sees the bridging of this duality also as a cultural journey.

He qualified the meeting with Sistani as delivering a “universal message,” and praised the Grand Ayatollah as “a sage” and “a man of God”: “Listening to him, one cannot but notice it. He’s a person who carries wisdom and also prudence. He told me that for over ten years he has not received ‘people who come to visit me but have other political aims.’”

The Pope added: “He was very respectful, and I felt honored, even in the final salutations. He never stands up, but he did, to salute me, twice. A humble, and wise, man. It felt good to my soul, this meeting.”

A glimpse of the warmth was revealed in this image, absent from Western mainstream media – which, to a large extent, tried to gaslight, sabotage, ignore, black out or sectarianize the meeting, usually under barely disguised layers of “Shiite threat” propaganda.

They did that because, at the core, Francis and Sistani were delivering an anti-war, anti-genocide, anti-sectarian, and anti-occupation message, which cannot but incur the wrath of the usual suspects.

There were a few frantic attempts to portray the meeting as the Pope privileging quietist Najaf over militant Qom in the Shiite universe – or, in raw terms, Sistani over Iran’s Ayatollah Khamenei. That’s nonsense. For context, see the contrast between Najaf and Qom in my Persian Miniatures e-book published by Asia Times.

The Pope has recently written to Ayatollah Shirazi in Iran. Tehran keeps an ambassador in the Vatican and has collaborated for years on scientific research protocols. This pilgrimage, though, was all about Iraq. Unlike those of the West, the media of the Axis of Resistance (Iran, Iraq, Syria, Lebanon) gave it wall-to-wall coverage.

I have been privileged to track Ayatollah Sistani’s movements since the early 2000s, and have visited his office in Najaf several times. 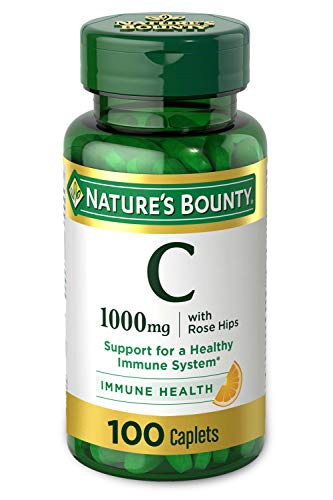 In 2003, when the scarecrow du jour, Abu Musab al-Zarqawi, literally blew up revered Ayatollah Muhammad Baqir al-Hakim in front of the Imam Ali shrine in Najaf, Sistani pleaded for no retaliation: The American occupation machine was too powerful and Sistani saw the divide-and-rule dangers of a sectarian Sunni-Shiite war.

Yet in 2004 he single-handedly stared down the mighty occupation apparatus and the dreadful Coalition Provisional Authority (CPA) when they were contemplating a bloodbath to get rid of the incandescent cleric Muqtada al-Sadr, then holed up in Najaf.

In 2014, Sistani issued a fatwa conferring legitimacy upon the weaponizing of Iraqi civilians to fight ISIS/Daesh – especially as the takfiris were aiming to attack the quadruple, sacred Shi’ite sanctuaries in Iraq: Najaf, Karbala, Kazimiya and Samarra.

So it was Sistani who legitimized the birth of armed defensive groups which coalesced in the Popular Mobilization Units (PMUs), or Hashd a-Shaabi, later incorporated into the Iraqi Ministry of Defense.

The PMUs were – and remain – an umbrella group, with some closer to Tehran than others and working under the strategic supervision of Major General Qassem Soleimani until his assassination via an American drone strike at Baghdad airport on January 3, 2020.

Never promised you a rose garden

For all the warmth between them, the meeting between the Pope and Sistani may not have been the proverbial rose garden. My colleague Elijah Magnier, the foremost reporter on all things Axis of Resistance, confirmed some startling details with his sources in Najaf:

Sayyed Sistani refused to have his own photographer and did not want any Shiite cleric, nor the directors of his office, to be present at Al-Rasoul Street, where he received His Holiness the Pope…. The Vatican did not issue any statement or take any overt position to recognize and support the Shiites who were killed while resisting ISIS and defending the Christians of Mesopotamia. Thus, Sayyed Sistani did not consider it necessary to issue a “joint document” as the Pope desired and was aiming for, and as he had done in Abu Dhabi when meeting with the Sheikh of Al-Azhar. 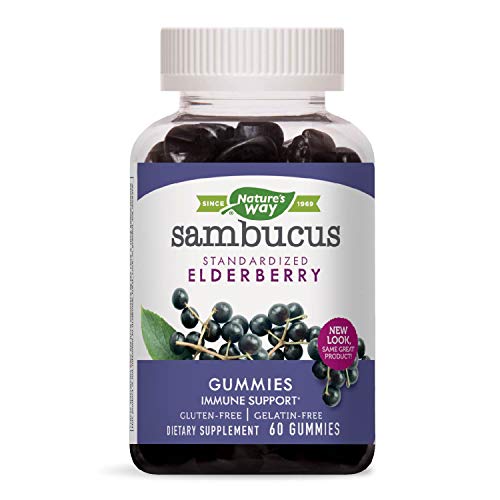 Magnier correctly focuses on the subsequent communiqué issued by Sistani’s office – and especially on its roll call vote of No, No, No …. Every No indicts the hegemon.

Sistani denounces the “besieging of populations” – including sanctions; he denies that Iraqis want US troops to stay; when he denounces “violence,” he refers to American bombing.

Additionally, “No to injustice” is Sistani’s message not only to politicians in Baghdad – mired in corruption, not delivering basic services or job opportunities – but also to Washington’s “language of war” in the wider Middle East, from Syria and Iran to Palestine.

Rome sources confirmed there had been negotiations for months aiming at convincing Baghdad to normalize relations with Israel. A “message” was sent through the Vatican. Sistani replied sharply that normalization is impossible. The Vatican remains mum.

One reason to remain mum is that the statement from Sistani’s office makes it clear the Vatican is not doing enough to support Iraq. According to the Najaf source quoted by Magnier, between 2014 and 2017 “the Vatican was silent when the Shiites lost thousands of men defending the Christians (and other Iraqis) and did not receive any attention or even an overt statement of recognition from the Pope for all these years since.”

Translation: Iraq supports the Palestinian cause.

A crown of thorns

The meeting of Catholicism and Shia Islam did revolve around a geopolitical crown of thorns. Take, for instance, the fact that spokespersons or underlings of a Catholic POTUS, as well as American mainstream media, demonize the enemy du jour as “Iran-backed militias,” “Shiite-backed militias” or “Shiite militias affiliated with Iran.”

This is nonsense. As I found when meeting some of them in Iraq in 2017, PMUs harbor brigades composed not only of Shiites but Iraqis of other religions. For instance, there’s the Council of Scholars of the Sacred Ribat of Muhammad; the Council for Combating Takfiri-Thinking of the Sunnah Fallujah and Anbar; and the Christian Chaldean Brigade led by Rayan al-Kildani, who met Pope Francis.

To be fair, Pope Francis in his pilgrimage did condemn those who instrumentalize religion to engineer wars – to the benefit of Israel, the Saudi oily hacienda, the empire, and all of the above. He prayed at a church destroyed by ISIS/Daesh.

Significantly, Pope Francis handed a rosary to al-Kildani, the head of the Babylon militia of the PMUs. The Pope considers al-Kildani as nothing less than the savior of Christians in Iraq. And yet, al-Kildani is the only Christian on the planet featured on the US terrorist list.

It’s never enough to remember that the PMUs were the target of the recent Biden-Harris excellent bombing adventure on February 25/26: militants were actually bombed in Iraqi, not Syrian territory. The previous overall field commander of the PMUs was Abu al-Muhandis, who I met in Baghdad in late 2017. He was assassinated side by side with Soleimani.

Pope Francis was able to embark on his Iraqi pilgrimage only due to the Hashd al-Shaabi – who were absolutely key, front line actors saving Iraq from partition by takfiris and/or becoming a (fake) Caliphate.

Francis did retrace some of the Prophet’s steps in his Abrahamic pilgrimage, especially in Ur in Babylon; but echoes reach way farther, to al-Khalil (Hebron) in Palestine all the way to modern Syria and Jordan.

A mere pilgrimage won’t change harsh facts on the Mesopotamian ground: 36% unemployment (nearly 50% among the youth); 30% of the population living in poverty; an incoming NATO surge; the hegemon unable to let go because it needs this empire-of-bases hub between the Mediterranean and the Indian Ocean; widespread political corruption by an entrenched oligarchy.

Francis insisted this was only a “first step,” and it involves “risks.” The best one may hope for, as it stands, is that the Pope and his “humble and wise” interlocutor keep stressing that divide and rule, fanning the flames of religious, ethnic and communitarian strife, benefits only – who else? – the usual suspects.